Along with iOS 9 and OS X El Capitan, Tim Cook and co have provided a glimpse into the future of their newest gadget, the Apple Watch.

The watch has been treated to a refreshed operating system, imaginatively named WatchOS 2. Consumers will be pleased to hear that it will lands as a free upgrade and is available now.

So how has Apple altered the operating system, and will the enhancements help the Apple Watch to a score higher than the 6/10 we awarded it in our original review?

The biggest news concerns apps. According to Tim Cook, there are now over 10,000 Watch apps available to download, including Facebook Messenger, GoPro, iTranslate and AirStrip. In WatchOS 2 Apps can now display video content, as well as access the Watch’s hardware, such as the microphone.

Native app support is here too. Simply put, it will now support dedicated apps which don’t need a separate app stored on a
synced iPhone. This will reduce the its reliance on the iPhone,
ultimately allowing owners to make better use of the Watch.

Fitness
and sport apps is just one category to make use of this, with users’
favourite fitness apps set to make full use of the Watch’s
accelerometer, meaning your step count and calorie burn should always be
on point.

Devs were given free reign over the Digital
Crown, heart rate sensor, microphone and Taptic Engine, so we’re likely
to see a wide range of app experiences. For example, the WatchOS 2
update will bring with it the ability to reply to contacts with audio
messages.

What’s more, the Watch will be able to communicate with
known Wi-Fi networks, even if you’re not near your phone. Sounds like
we’re getting closer to seeing the Apple Watch we were originally
promised. 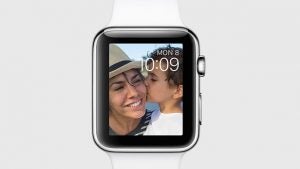 It may sound like a truly basic capability, but Apple has provided access to far higher levels of customisation than before. Apple says it’s created a range of brand new watch faces, including Time Transit, a collection of special 24-hour time-lapse face shot in various iconic locations around the world, which will change to reflect the time of day. If you’re in London at night for example, you’ll see Big Ben in all its evening glory.

You’ll be able to create a personalised watch face from your own pictures and albums too. In the latter case, the background will change from picture to picture whenever you raise your wrist.

A new feature called Complications will work as a way to display extra information from third-part apps on your home screen, much like widgets work on a smartphone. You can choose the information you want to see, such as flight details, calendar entries, stocks and weather, all on one screen.

Time Travel, which at first glance appears to have been borrowed from smartwatch rival Pebble, enables you to move forwards and backwards through time by rotating the crown. You can even check up on your future battery life, so there’s less chance of getting caught short in a tricky situation.

Nightstand mode, meanwhile, transforms your Apple Watch into a mini alarm clock, with the Digital Crown and Contacts button turning into snooze and off when it’s time to leave the wonderful Land of Nod.

Previously, you could only access 12 of your best-loved contacts on the Apple Watch in its original incarnation. With WatchOS 2, you can expand the party by adding groups of friends, and will be able to add existing people to groups directly on the watch.

While still a total gimmick, you can now draw soppy, rubbish or plain rude doodles in multiple colours before sending them on to your mates for them to half-heartedly laugh at.

Far more useful is the ability to reply to emails directly from the Watch in WatchOS 2 through Siri. Unfortunately, vice president of technology Kevin Lynch’s on-stage demonstration this summer showed this function to be rather slow. FaceTime audio support is another big new addition. 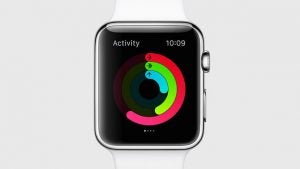 If you’re energetic enough to go on a 10k run, but can’t be bothered firing up an app on your watch, you probably need to take a closer look at yourself. However, Apple thinks this is a big issue, and is therefore bringing along the ability to start workouts by simply telling Siri you’re about to get your pump on.

3D achievements engraved with your name, which spin in PowerPoint-like fashion, are also here, while workouts from third-party fitness apps can now contribute to your all-day exercise goals.

Much like iOS 9-equipped mobiles, the Apple Watch can store your credit, debit and loyalty cards, making the Apple Watch the company’s latest weapon in its war against the traditional wallet. Since Apple Pay is officially available in the UK, you can use your Watch in M&S, Boots and on the Underground. It remains to be seen whether Apple Pay on WatchOS 2 works more slickly than it did on the original software.

Refusing to accept that most people prefer Citymapper and Google Maps, Apple has been desperately trying to make its own mapping app at least half-decent, and it hopes that integration with the Apple Watch will give it a boost.

WatchOS 2 brings with it the ability to view ‘Transit’ lines on your wrist, as well as walking directions to the nearest stations, with even station entrances and exits mapped. We’re pleased to report that London is one of a select number of cities to receive this special treatment. 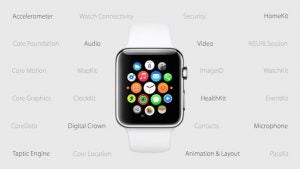 She’s being inundated with more and more tasks by the year, but Siri appears to be taking it all in her stride, and will now integrate with HomeKit directly from the Apple Watch, allowing you to sort out your home systems directly from your wrist. You could already do this through WatchOS, but we suspect the integration has just been ramped up.

Siri can also be used to open Glances and, as mentioned above, will serve as a way for you to instantly reply to messages on the Watch.