Looking to get a new smartwatch? Well there’s never been a better time as both Apple and Fitbit have unveiled spiffy new Apple Watch 5 and Fitbit Versa 2 wearables that are set to hit the market in the very near future.

But with both wearables coming with completely different feature sets, designs and focuses knowing which is best for your specific needs can be a little tricky. Here to help we’ve created a definitive guide detailing the key differences between the new Apple Watch 5 and Fitbit Versa 2.

At a glance both watches look a little similar. Both have square cases, OLED screens and interchangeable strap designs. The only major physical difference is that the Fitbit has physical button controls, while the Apple Watch 5 has a digital crown control.

This is reflected immediately by both smartwatches’ software and application offerings. WatchOS 6 is the latest version of Apple’s wearable software. It brings with it a number of great features, including one of the largest and most diverse app offerings you’ll find on a wearable and in-built Siri support. 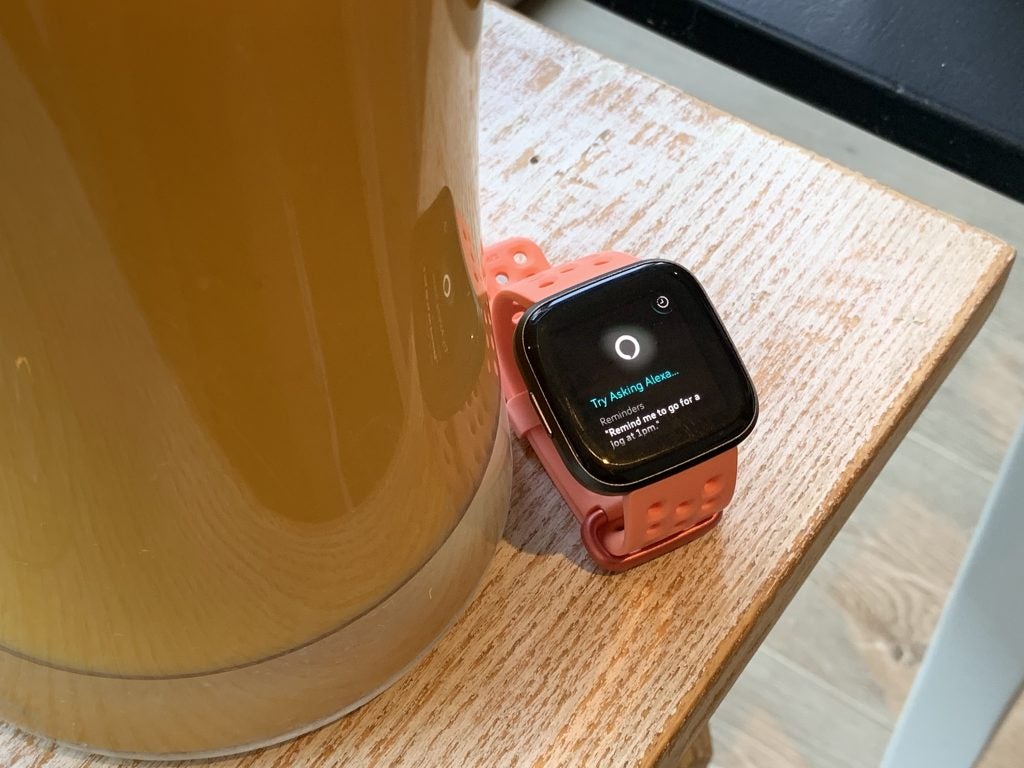 Fitbit OS has some applications, like Spotify, Strava etc. but its library is nowhere near as big. Instead it focuses on the fitness side of things, offering dedicated coaching and access to Fitbit’s paid for Premium service – which offers bespoke exercise advice and workout regimes. It also has one key lead on Apple, being the only one of the two to offer sleep tracking. Support for Amazon’s Alexa digital assistant also lets it match the iPhone when it comes to voice command functionality.

Despite the better fitness tracking software, there’s no denying the Apple Watch 5 is a significantly more advanced bit of hardware that comes with a few key sensors and features you won’t find on the Versa 2.

For starters, it has a GPS and compass. The lack of a GPS on the Versa 2 is an odd omission and means you’ll need to pair the wearable with your phone if you want accurate distance and positional tracking when running. The Apple Watch is also the only one of the two with local storage, meaning it’s the only one you’ll be able to listen to music on locally, without a data connection or paired phone.

The Apple Watch 5 also has a lead on screen tech. Despite both having always on OLED screens, the Apple Watch 5’s is the only one of the two with a variable refresh rate. This lets it save battery when doing low power tasks by lowering how many images per-second the screen renders.

The Apple Watch also has a few key wellness features. The biggest of these is an ECG heart rate monitor, fall detection service and auto-emergency service calling fail safe. The fail safe is a new feature debuted on the Apple Watch 5 that in theory lets it call for help whenever the wearable detects its wearer is in danger.

You can see a full breakdown of how the two wearables compare when it comes to hardware below.

The basic aluminium finish Apple Watch 5 retails for a hefty £399 in the UK. You’ll have to add another £100 on top of that if you want to add LTE connectivity. 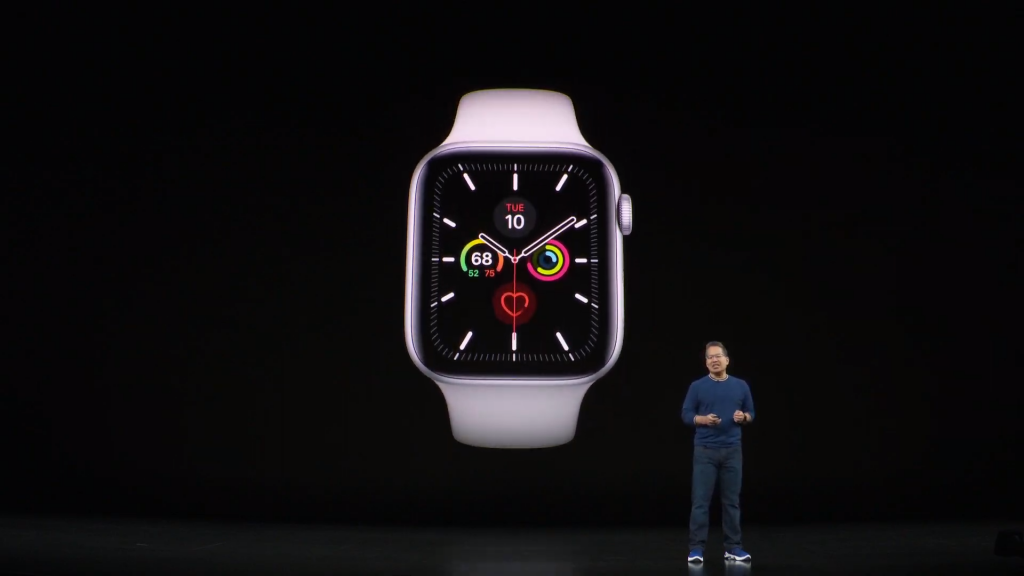 We won’t be able to sensibly say which is best until we get both in for testing. But based off our past experience with Fitbit and Apple wearables the Versa 2 could be a better, more affordable option for casual gym goers that only need basic smartwatch functionality, as a result.