It therefore made perfect sense to keep the cheaper Apple Watch Series 1 model around as an alternative for those not wanting to spend big money on the latest model. So with two models of Apple Watch still on sale, you might be wondering what the differences are.

Thankfully, this article will answer just that very question. 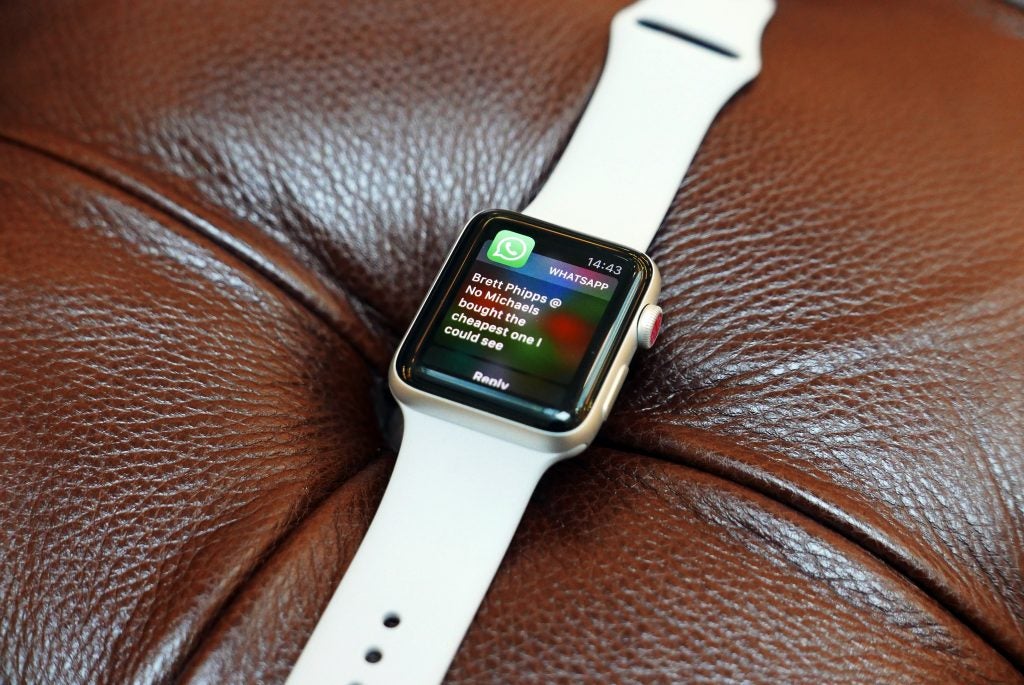 While the Apple Watch has gone through multiple iterations, one thing has remained consistent all the way back to the first model: the design. Apple is still one of few companies to stick to a squared-off design when everyone else is opting for circular faces. There are still 38mm and 42mm options for both models, catering for different wrist sizes or those who prefer smaller or larger watch faces.

Owing to having more tech inside (which I’ll come to), the newer Apple Watch Series 3 is thicker than the Series 1, but there’s really not much in it unless you’re really looking.

Remaining consistent is the rotating digital crown on the side of the watch. Not only does the rotating crown let you scroll through lists and menus, it acts as a button and a shortcut to your last-used app. The Series 3 also has an instantly recognisable red digital crown for the more expensive LTE model, too.

Below this is a side button that provides access to your other recent or favourite apps. A double press activates Apple Pay, too. There’s also a heart rate monitor on the back of both models. 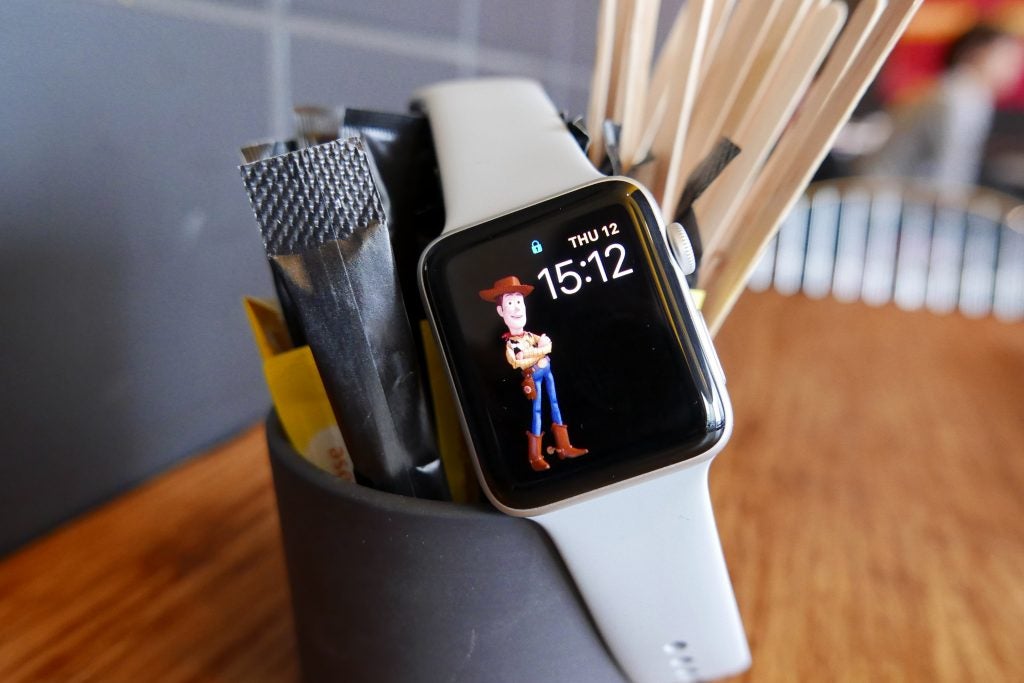 Where the big difference arises is around the display, namely around brightness. Both models have the same resolution 272 x 340 pixels (38mm) or 312 x 390 pixels (42mm) OLED displays, but the Series 3 is much, much brighter. More than double in fact.

Where the Series 1 makes do with a 450 nits brightness screen, the Series 3 can reach 1000 nits. That makes the Series 3 much easier to view when outdoors under bright sunlight. For comparison, that’s as bright as a good HDR-enabled TV can go. It’s a very tangible improvement. 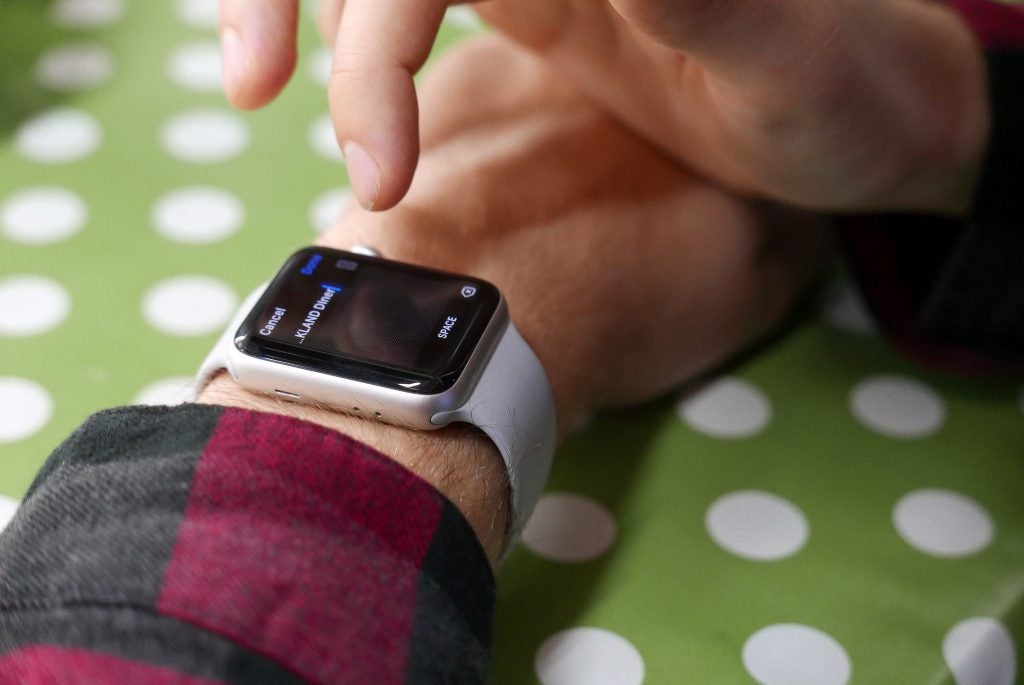 The Series 3 has the distinct advantage elsewhere, though, especially for fitness enthusiasts. This is because it contains both a GPS/GLONASS sensor and an altimeter. This means accurate location tracking without the need for a phone, as well as elevation data for flights of stairs you climb or hills you sprint up. It makes for much richer information for your workouts and activity. 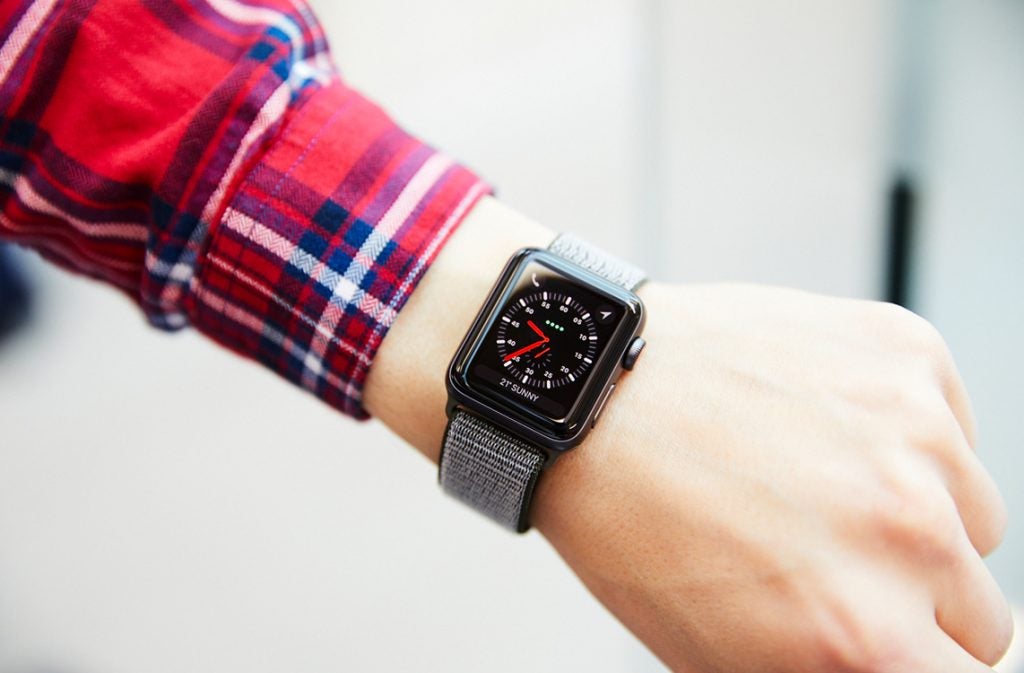 This makes for a more phone-free experience, ensuring you can still make and receive calls and messages, or any other activity that requires a data connection, without your phone in tow. By using an eSIM the Apple Watch Series 3 will share the same phone number as your iPhone, too.

There’s also a difference in storage capacity depending on model, too. While the Series 1 and Series 3 + GPS both have 8GB of storage, you actually get 16GB if you opt for the priciest Series 3 GPS + Cellular option. That means more space for your Apple Music library.

Both models should offer the same battery life under the same conditions – namely Apple rates this at 18 hours of mixed usage. I’ve actually found this rather conservative and often hit two days of light use. It’s when you use the GPS and LTE of the Series 3 that battery life is considerably shorter. You can expect about 5 hours of GPS tracking or 4 hours when using both GPS and LTE, for example. 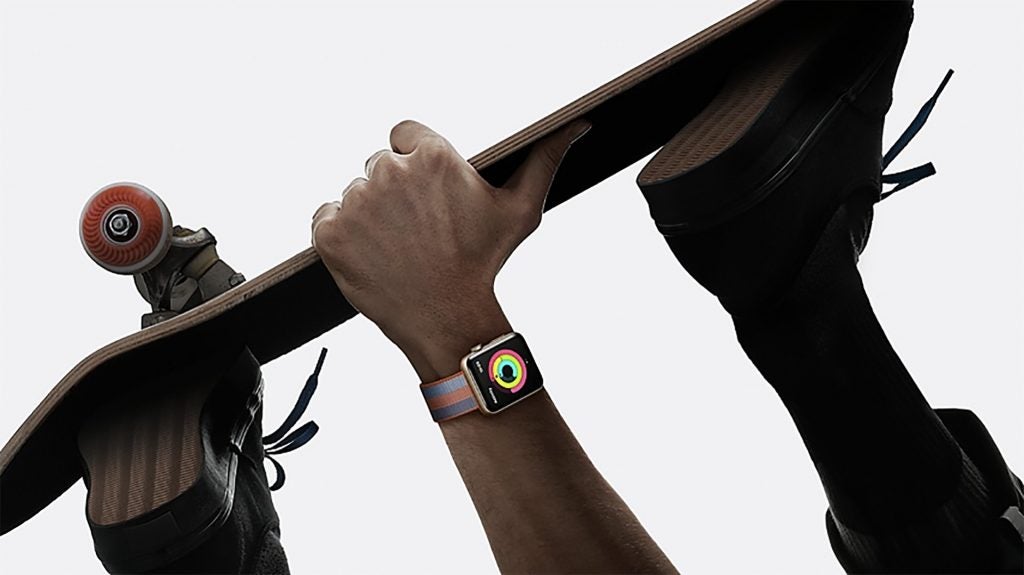 While not everyone will want to spend extra for the GPS + LTE model of the Apple Watch Series 3, the leap from the Series 1 to the cheapest Series 3 model is pretty big. The display is considerably better thanks to the brightness, performance is boosted and the GPS and altimeter are worth it for exercise fans. That’s not forgetting the water-resistance. Even if you’re not a swimmer you’ll appreciate not having to take your Apple Watch off to shower.

If you can stretch, I’d say it’s worth going for the Apple Watch Series 3 + GPS if you can.

Design: The design is almost identical, with only a tiny, fractional change in size. Considering everything that’s squeezed into the Apple Watch 3, that’s pretty impressive. The LTE version of the Apple Watch 3 can easily be identified by the red digital crown. The Series 3 has the much brighter display.

Specs: The Apple Watch 3 promises 70% faster performance than the S1P processor in the Series 1. There’s also 85% better Wi-Fi performance and 50% better wireless energy efficiency. The Series 3 also includes an LTE cellular connection for the first time and an altimeter for elevation data during outdoor activities.

Battery life: Battery life is said to be the same between both models.