Speculation over Apple’s plans to build a TV died down a couple of years ago after the company reportedly abandoned the project.

But this week it was revealed that Foxconn, a major iPhone manufacturer, is considering opening a display-making plant in the United States.

Now, it turns out Apple could be jointly investing in the $7 billion facility, with Foxconn Chairman Terry Gou hinting that the TV project could be back up and running.

The Chairman told reporters (via Nasdaq) that the plant would be producing “larger display panels,” once again sparking rumuors of Apple’s TV set ambitions.

It remains unclear just how much larger these displays will be at this point, so it’s far from proof that Apple is considering a move into the TV set business.

The “larger display” comment could relate to Apple’s iMac all-in-ones which currently come in 21.5-inch, and 27-inch models, or could even refer to larger panels for future iPhones, as Apple is said to be moving towards an almost full-face screen for future models. 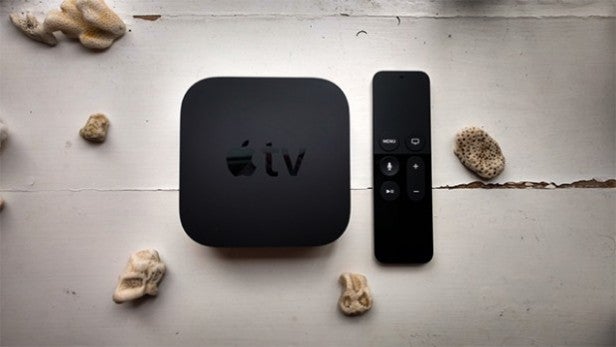 The iPhone-maker already produces its own set top box in the form of Apple TV, which plugs into the set itself and provides access to a range of apps such as streaming services and games.

As Nasdaq points out, producing its own TV seems like an odd choice for Apple simply due to the fact there’s little profit to be made in TV market – likely the reason why initial plans for an Apple TV set were abandoned.

The company discontinued its Thunderbolt Display last year, choosing to work with LG Electronics on two new 4K and 5K UltraFine displays instead of launching a new model

All of which makes it unlikely that Gou’s comment refers to any Apple TV set plans, but at this point there’s very little to go on, so stay tuned for the latest.

Let us know what you make of the rumours in the comments.