There wasn’t a shiny new gadget in sight…

OPINION Tim Cook and Craig Federighi showed the best side of Apple last night, the side that creates great experiences and not just shiny new stuff, says Andy Vandervell.

I can’t remember the last time I enjoyed an Apple press conference as much as that. While recent product launches had some highlights like Touch ID, iOS 7 and Mac OS X 10.9 Mavericks lacked really exciting ideas to hang your hat on. This meant the focus remained on boring crap like 64 BILLION TRANSISTORS, DIAMOND CUT CHAMFERED EDGES and “HEY LOOK, PARALLAX! WOOOO!”

Apologies for the all caps, but it seems to me the only appropriate way to convey the apathy enduring fury generated. There are only so many shiny distractions I can tolerate before my mind starts to rot and my cynical death stare becomes permanently set to grumpy cat.

Apple hasn’t been doing a poor job generally, but none of its recent output made me sit up and take notice. Mac OS X 10.10 and iOS 8 did. 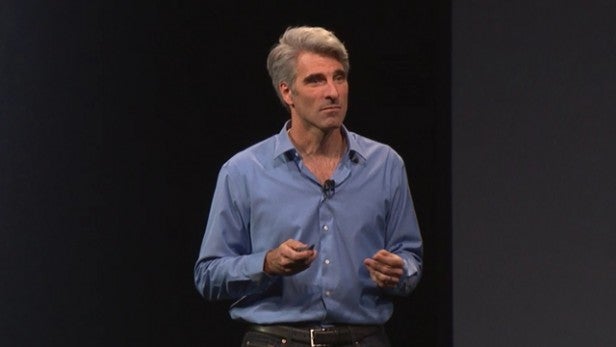 Cook and Federighi ran one the slickest post-Jobs Apple presentations

Tim Cook’s vision for Apple is made real

Why? Because yesterday’s developer’s conference dealt with the things that make our lives a little nicer. It was packed full of small, finely tuned treats and more than a few genuine surprises. Not the kind that signal a revolution, but the kind that make me think “yeah, that actually looks really neat”. That sounds kind of trivial, but lots of small, clever things make up a convincing whole.

It also felt like the first Apple presentation since Steve Jobs that Tim Cook really owned. Last year’s iPhone launch was stilted and awkward in many ways, but he and his team looked totally at ease. This was Cook’s vision, his ideas for the future. This was Tim Cook’s Apple.

Nothing demonstrates this better than the the ‘continuity’ theme Apple drove home throughout, a theme that really flows from the focus on collaboration Tim Cook so pointedly highlighted when he infamously axed former iOS boss Scott Forstall. iOS 7 left many wondering whether this was the right move, but I think yesterday proved it most certainly was.

So long as there’s oxygen in the air I suppose people will continue to compare Cook to Jobs, but he’s proved beyond any doubt now that he is his own man and he’s shaping Apple in his own way. And it looks good. 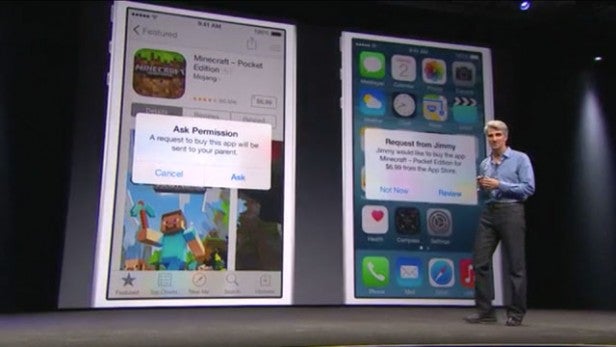 At first these things sound mutually exclusive, but Apple pulled the neat trick of bringing its two operating systems closer together, while also opening them up to greater third-party support. It’s these two things that really made yesterday’s keynote feel like a serious step forward.

Was it all totally new ideas? Obviously, not. There was plenty of liberal borrowing of ideas, themes and concepts from all over the place, with iCloud Drive in particular standing out is an admission (or merely a recognition) that a Dropbox style cloud service makes more sense than the version one ideal of iCloud. But, as typifies Apple when it’s doing good work, it demonstrated how all these ideas (Handoff, phone calls on Mac, iCloud Drive etc.) worked together seamlessly.

It was the third-party support that really stood out, though. Again, it comes with the caveat that Apple is very much a slow follower here, but it made all the right moves to please developers, Apple users and (potentially) wavering Android users. Custom keyboard support is huge, opening iOS to a level of customization totally unheard of thus far. It’s a selective bite, but an important one.

But the real transformative measure is the support for third-party extensions and interoperation. Up until now iOS apps have mostly been sandboxed from one another. This created all sorts of irritating limitations, such as the difficulty in working on the same file using different apps. This means you can open photos in another image editing app and save those changes to the Photo app, rather than it saving a separate photo; and it could allow the likes of Pocket to introduce ‘Save to Pocket’ in Mobile Safari instead of using bookmarklet workarounds.

These are just a couple of very small examples and Android die-hards will no doubt consider them small beer, but they’re important steps and it looks as if Apple has executed them in a very slick way. And, of course, these are the kind of features that ensure app developers continue to be excited by the possibilities open to them on iOS — a not insignificant point in the battle for mind share in the mobile world.

These steps, and the numerous others I haven’t the time to mention here now (third-party Touch ID support being a large case in point) comprised a compelling, convincing and interesting whole. Apple still makes nice shiny gadgets, but the software is what makes them worth owning. Long may it continue.