Apple’s HomePod speaker was supposed to rival multi-room music solutions from the likes of the Sonos and Bose, but it didn’t really work out that way.

However, Apple isn’t one to give up lightly and now the company may be focusing on a different way to challenge the incumbents – with a full on home cinema system.

According to a recently filed patent noted, as usual, by Patently Apple (via What Hi-Fi), the company is working on a “wireless and wired speaker hub for a home theater system.”

The diagram depicted in the patent shows a 5.1 audio system, which would include a subwoofer and a range of speakers. According to the patent filing, the components would offer wireless communications with “a plurality of audio channels” transmitted “between a wireless transmitter and a wireless receiver.”

That would mirror the way the Sonos Beam, Playbase and Playbar play nice with the Sonos Sub. 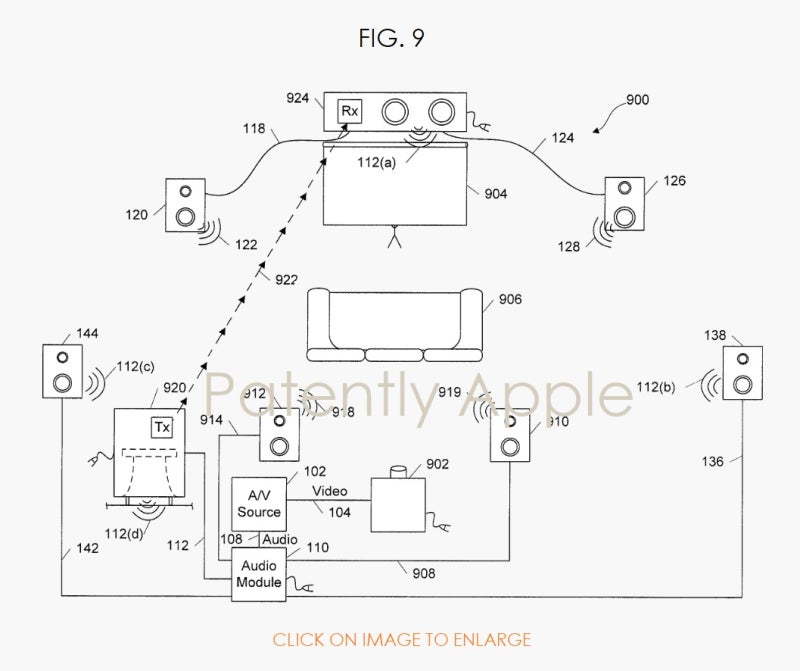 It’s only right that we point out that Apple’s patent arsenal is almost innumerable these days, and only a few actually make it into Apple gadgets. Indeed, this is a patent that Apple acquired that was initially filed by KSC Industries way back in 2004. Patently Apple speculates that Apple’s vision for any home theatre system might now be completely different.

So, while we may not see it come to fruition in the near future, the mere mention of Apple’s involvement might be enough to give the incumbents the willies. But, by the same token, Apple flattered to deceive with the HomePod, so there’s no reason to believe it would all of a sudden be dominant if it decided to enter the home cinema market.

Would you buy an Apple branded home cinema system given the likely restrictions on viewing content via Apple’s other gadgets and platforms? Let us know @trustedreviews on Twitter.