Apple News Plus delivers 300 top magazines for $9.99 a month, but does it offer the same value for money as subscriptions like Apple Music? Let’s delve into the issue(s).

New apps and features were once designed to sell us iPhones and iPads, but the paradigm is shifting. We’re keeping our hardware for longer, so these devices are increasingly becoming vessels to sell us services.

Revenue from services (like Apple Music, iTunes and the App Store) grew 19% year-on-year, while iPhone sales revenue slipped 15%. Following the success of Apple Music, it’s no surprise Apple is offering three new reasons to bung them a few quid every month: Apple News Plus, Apple Arcade, And Apple TV Plus.

Apple News Plus is already available in the United States and sits within the existing free-to-use News app. For $9.99 a month (likely to be £9.99 a month when it arrives in the UK this autumn), subscribers get unmetered access to 300 magazines and paywalled content providers. Apple reckons all that content is worth $8,000 a month if you were to buy it from your local paper shop.

It’s potentially great value if you buy a lot of magazines, or more than one a month. However, it’s not quite in line with the 50 million songs for $9.99 a month offered by Apple Music.

What magazines are included in News Plus?

Apple has made deals with most of the major magazine publishers. The likes of Conde Naste, Hearst, Time Inc., National Geographic and Meredith. Here’s a selection of the household names on offer from the categories listed:

We’ve also got access to paywalled content from the Wall Street Journal, which is a big get for Apple, and a few other papers and digital content platforms. However, it missed out on deals with the Washington Post and New York Times. Reports suggest Apple whiffed on the deals, which could have given Apple News Plus an incredible boost out of the gate.

How is the app to use?

To be honest, it’s still a little bit fiddly and convoluted. Tapping Apple News Plus from the main menu takes you to a screen showing suggested magazines and an editorialised selection of themed articles, featured issues and collated topics. For example, in the tech section, there’s articles from Fast Company, Fortune and Popular Science.

To get to what you actually want, you can tap an A-Z of magazines, or section categories. If there’s a dedicated search button for magazines, I’m yet to find it. Perhaps that’s to avoid disappointment when you search for a magazine that isn’t in the library. 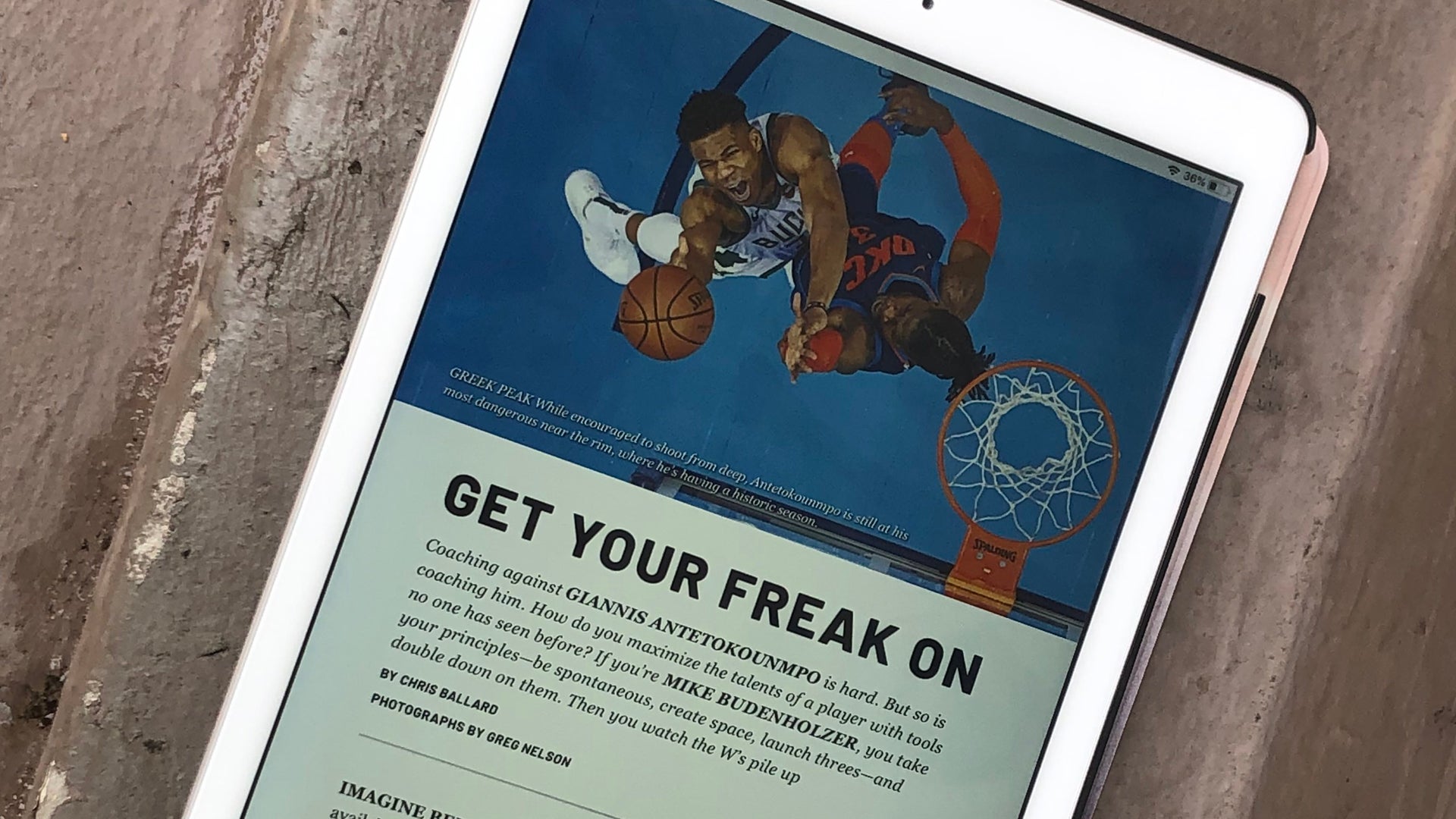 Tapping a magazine cover will take you directly to the latest issue of that publication, but the download icon below will place it on your personal news stand for offline reading. Like Netflix or Spotify, if you prep offline content ahead of time, you’ll never be short of anything to read on the plane.

Tapping the title for the publication will give you the chance to favourite it. Doing so automatically adds it to the your channels and topics tab in the main News app, for direct access. This will also see new issues automatically downloaded to your newsstand when they drop.

Content from those ‘favourited’ publications is supposed to sit within your News Plus page, giving it a Flipboard-like feel. However, after a week or so of use, it doesn’t feel personalised. There’s a lot of stuff in there I just don’t care about, but perhaps it’ll get to know me in time.

How do the magazines look?

During the March 25 event, Apple showcased these magazines in a perfect light, with iPad-friendly designs, spectacular photography, animated covers, well-formatted text, lots of white space and dynamic contents pages. That’s the case with featured magazines like Sports Illustrated and The New Yorker, which are a joy to read. The Runners World dynamic cover looks great on an iPad.

Importantly, I don’t feel like I’m sacrificing my experience by reading these magazines on an iPad, but it’s a different story on the iPhone and Mac. 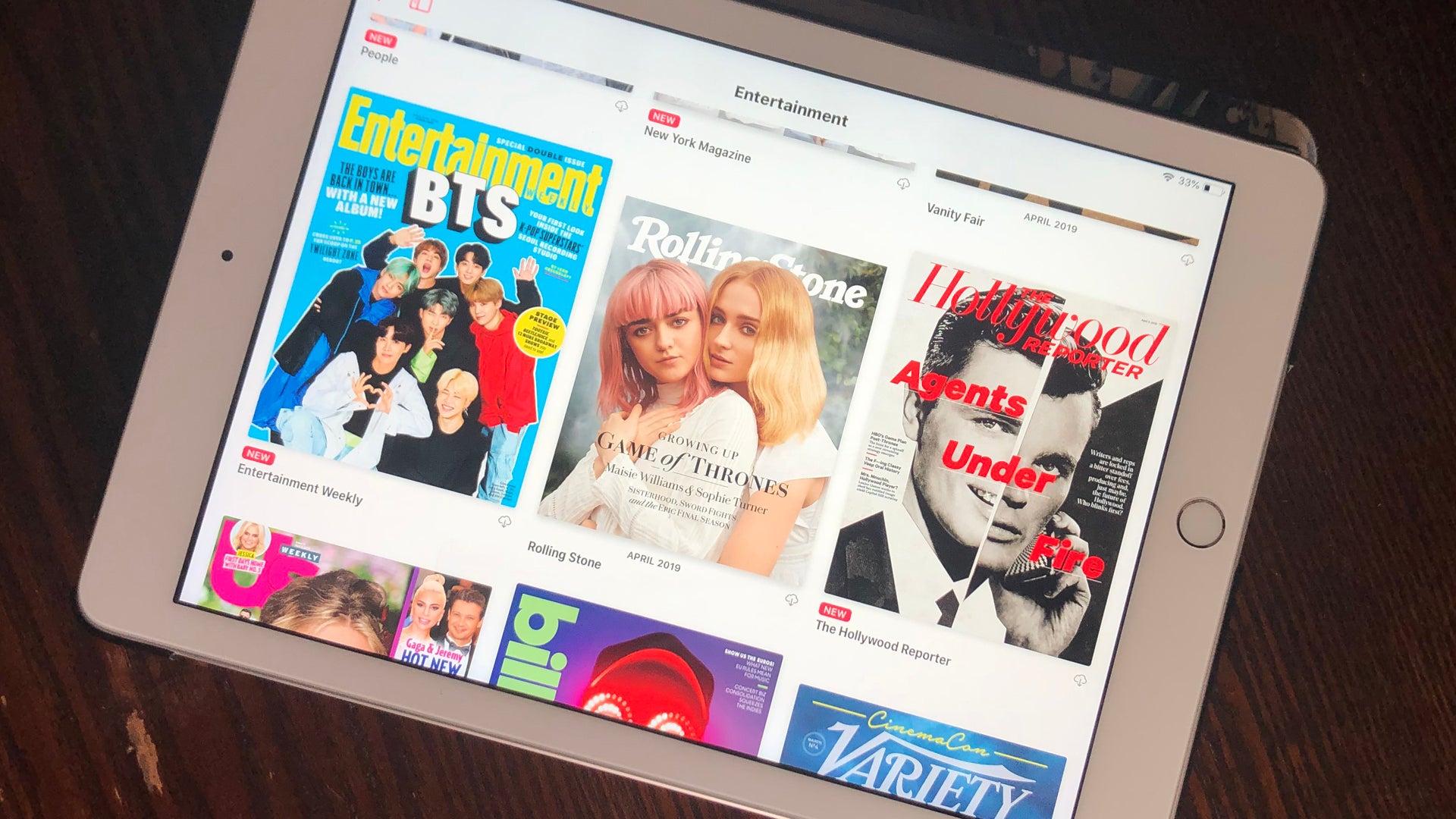 However, when it comes to the likes of Total Film and Total Guitar, they’re effectively PDF files of the print edition. Not too bad if you have an iPad, a real pain on an iPhone.

This could improve over time, of course, but for the moment it’s like being back in 2010 when publishers rushed to get their mags onto the iPad without utilising the new medium to its fullest. Over time, we’d expect to see more consistency here.

Unless you’re sharing with other Apple News+ users, this is negligible. Social media shares just link to Apple News, rather than the web, and if you’re followers and friends aren’t subscribers with an iPad or iPhone running iOS 12, or a Mac running Mojave, they won’t be able to see that article. Gmail thought an article I attempted to share was a phishing attack. 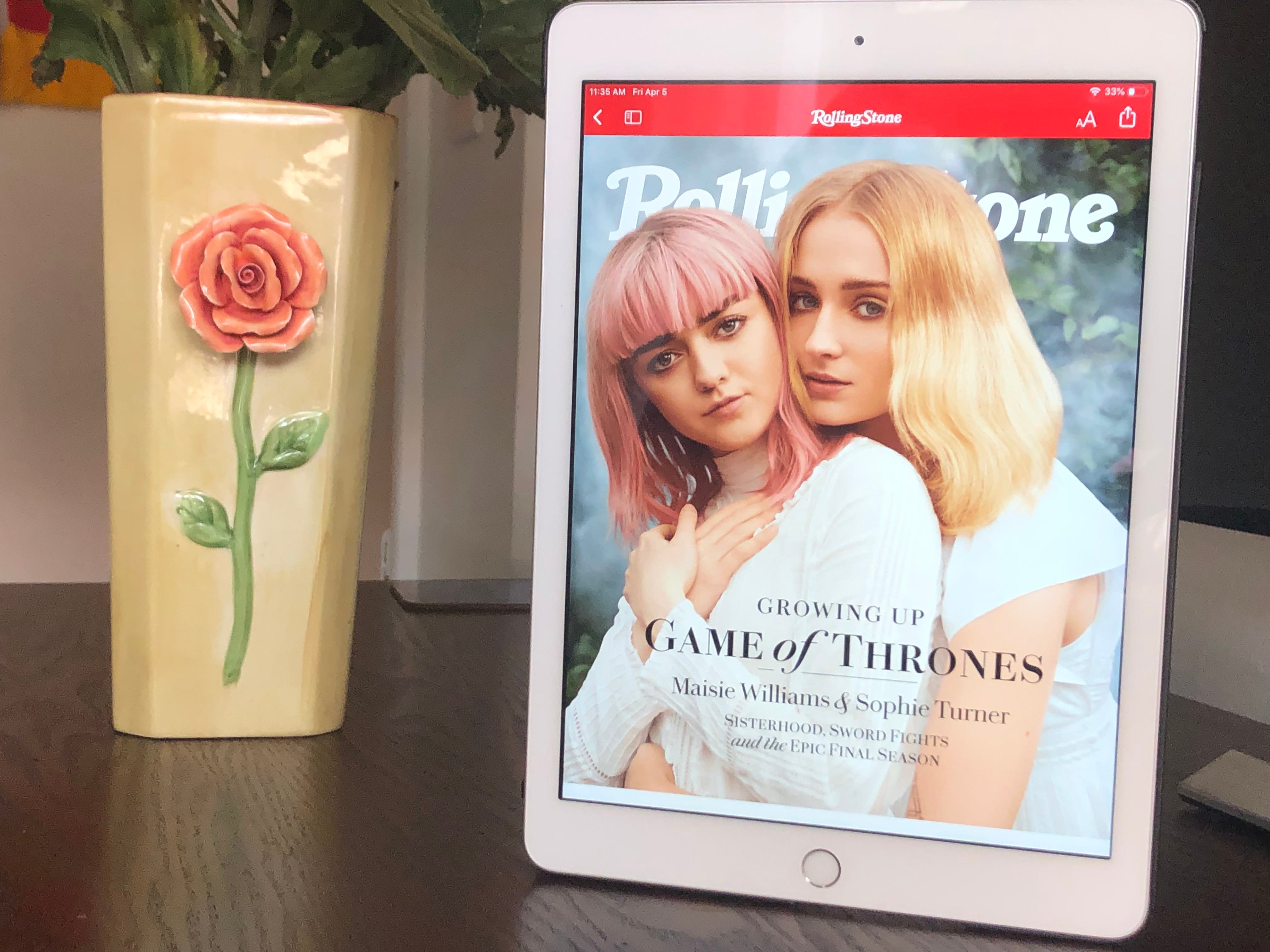 While favouriting a magazine will see issues automatically downloaded to your newsstand, getting rid of them is another matter. You can’t manually delete them if you’re running low on storage, they’ll just automatically leave after 30 days.

Is Apple News Plus worth it?

I like Apple News Plus more than I thought I would, but then again I haven’t forked over a tenner for it yet.

It’s great having access to all of those magazines I used to buy on a regular basis, and now, only at the airport. The likes of Time, Sports Illustrated, ESPN, Total Guitar, Men’s Health, The New Yorker and Wired, especially. It’s also nice to have access to home comforts like Total Film, Metal Hammer, SFX and Classic Rock without searching for them at Barnes & Noble and paying over the odds.

Now it doesn’t matter if I don’t read them cover-to-cover. There won’t be that prang of guilt looking at them piled up on the coffee table, while you continue to just scan Twitter and Instagram.

However, despite all that content, the app still feels a little bit incomplete. I’m a subscriber to the Washington Post for $3.99 a month. I get the New York Times crossword for $40 a year. Personally, I’d have loved The Economist to be in there. That would have swung it for me, but I guess that’s personal preference and you’re not going to please everyone.

With those bundled in, it would have been a complete no-brainer, practically saving me money. There’ll be loads of people in that boat who can save money and get more content with Apple News Plus.

It’s not just about the magazines you already read but, but those you never would. News Plus is great for highlighting content you’re interested in, from mags you’d probably never buy. I wouldn’t buy Eating Well magazine, but the News Plus homepage led me to an interesting article on ‘Healthy or Hype’ foods.

Effectively, the News Plus homepage is webifying the magazine world, and this could be where Apple News Plus finds its true purpose. Right now though, unlike Apple Music or an equivalent music streaming service, the app feels far from essential.

Have you tried Apple News Plus yet? Will you be subscribing after the trial period ends? Let us know @TrustedReviews on Twitter.