According to French blog iGeneration (via 9to5Mac), Apple is paying people 54¢ (about 40p) every time they accurately confirm or correct a place location within the app.

The attacks could be as simple as heading to their nearest McDonald’s to verify the location on Apple Maps.

Apple is finding those folks through a platform called TryRating. .

Apple Maps has improved dramatically since its calamitous debut back in 2012 with iOS 6, when it, among other things, directed drivers onto runways and lost the Statue of Liberty.

However, Google Maps is still seen as as the best on the block. 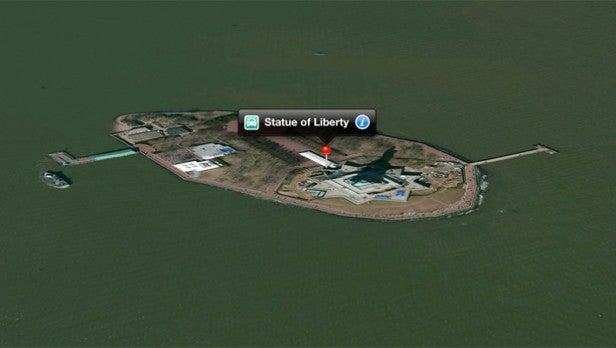 Speaking of Google, it’s the second time this week one of its rivals is offering money to assist in the catch-up effort.

Earlier on Friday we reported Microsoft is paying people to frequent its Bing search engine instead of Google.

The program, which pays out through Microsoft Bing Rewards, has now been expanded to the UK.

It enables participants to earn points that can be spent on Skype credit, Groove Subscriptions and Xbox gift cards.

iPhone users, do you prefer Apple Maps or Google Maps? Share your thoughts on both below.