Apple could lose the right to sell certain iPhone models in China as local authorities say the company has copycat smartphone designs.

Beijing’s Intellectual Property Office has ruled that both the iPhone 6 and iPhone 6 Plus infringe on patents held by a local phone maker. According to authorities, the Apple handsets are much too similar to the 100C phone built by Shenzhen Baili, breaching Chinese IP law.

“Apple’s iPhone 6 and iPhone 6 Plus have minor differences from Baili’s 100C. The differences are so tiny that the average customer could not notice. So, this case falls into the patent rights protection category,” reads the ruling.

EXCLUSIVE: The best feature coming to iPhone you don’t know about 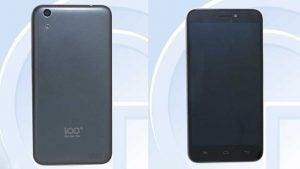 The decision means that Apple may no longer be able to sell its iPhone 6 and iPhone 6 Plus in China. As , it is still able to sell its phones in the country pending the outcome of the decision. If the appeal is lost however, the law dictates that phone sales (specific to the models allegedly breaching Shenzhen Baili’s patent) must halt locally.

“iPhone 6 and iPhone 6 Plus as well as iPhone 6S, iPhone 6S Plus and iPhone SE models are all available for sale today in China. We appealed an administrative order from a regional patent tribunal in Beijing last month and as a result the order has been stayed pending review by the Beijing IP Court.”

Earlier this year, Apple lost a trademark battle to exclusively own the rights to the ‘iPhone’ brand in China. A Beijing court ruled that an accessories maker can continue to use the ‘iPhone’ name for its leather wallets, purses, and other accessories. And in 2012, Apple settled a battle over the ‘iPad’ brand in China, paying out $60 million to Proview International Holdings.

Tell us what you think of this story in the comments below.