Apple’s worldwide developer conference (WWDC19) is firmly in our rear-view mirrors but we’re still itching to reap the benefits of everything announced on stage.

Alongside features like dark mode coming to iOS, as well as second-screen functionality coming to macOS and the newly-renamed iPadOS, we also saw some tasty new hardware in the form of Apple’s 2019 Mac Pro and Pro Display XDR.

One thing you can grab now, if you know where to look (i.e. this article), is a bevvy of wallpapers made especially for these forthcoming products and OS updates.

As mentioned already, dark mode is a long-requested feature now confirmed to be coming to iOS 13. We went in depth on the benefits of dark mode and how it’s implemented within iOS as part of our regular Fast Charge feature.

What’s important to note is that for every official new wallpaper iOS 13 sports, it also features a dark mode-specific version. 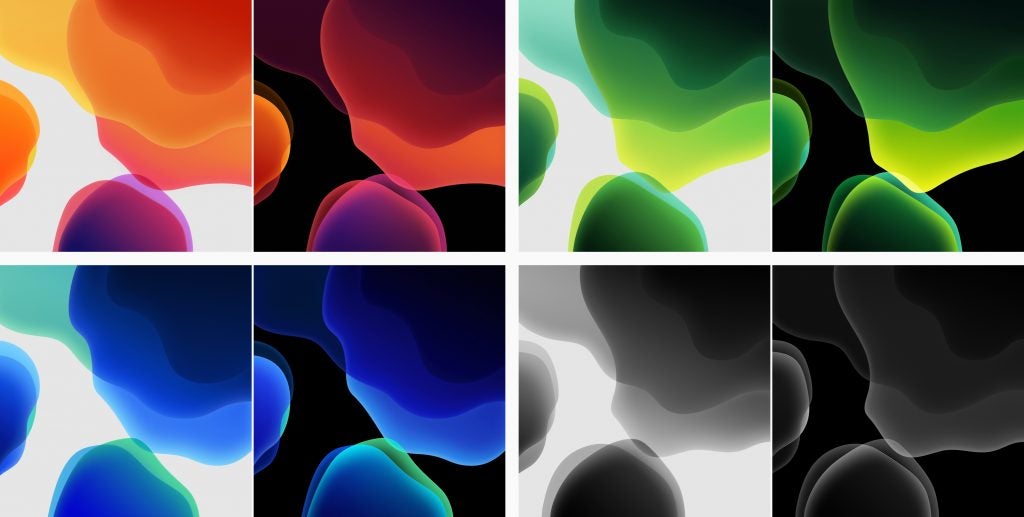 Intrepid fans and those registered as Apple developers have already plumbed the depths of the current iOS 13 beta release to source the new wallpapers and sure enough, they have unearthed four new examples, each with a dark mode alternative; bringing the total to eight.

As featured on the likes of 9to5Mac, you might recognise the warm orange design that Apple featured heavily on stage during WWDC19. In addition, there’s also a blue variant, a green variant and a monochromatic version, all of which feature an alternate dark iteration.

As of late 2013, Apple switched up the naming convention it used to accompany each release of macOS. Moving away from big cats like ‘Cheetah’, ‘Panther’ and ‘Mountain Lion’, October 2013’s release of macOS 10.9 ‘Mavericks’ was the first in a new line of updates, named after areas of note or natural beauty throughout California – Apple’s home state. 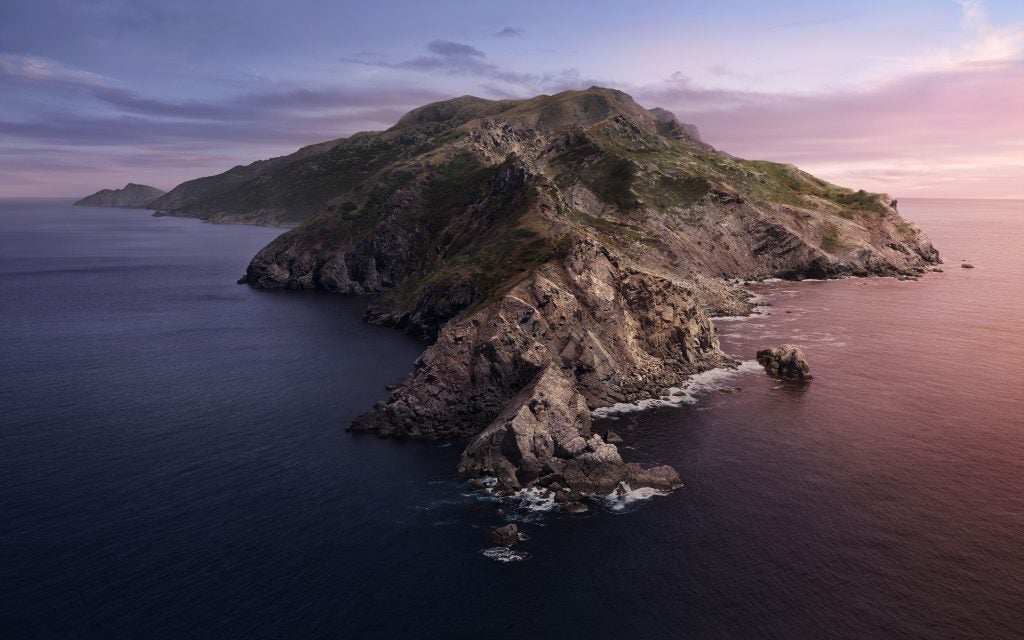 During WWDC19, Apple showcased macOS 10.15 Catalina, which takes its name from Santa Catalina Island found in southern California. A photo of the island itself also serves as the OS’ lead promotional image, which can also be had as a wallpaper.

The biggest shock of the night had to be the unveiling of Apple’s new Pro Display XDR. Intended to accompany the company’s new Mac Pro tower, the Pro Display XDR is Apple’s take on a professional-grade display, built with creative work like colour-grading or video editing in mind. 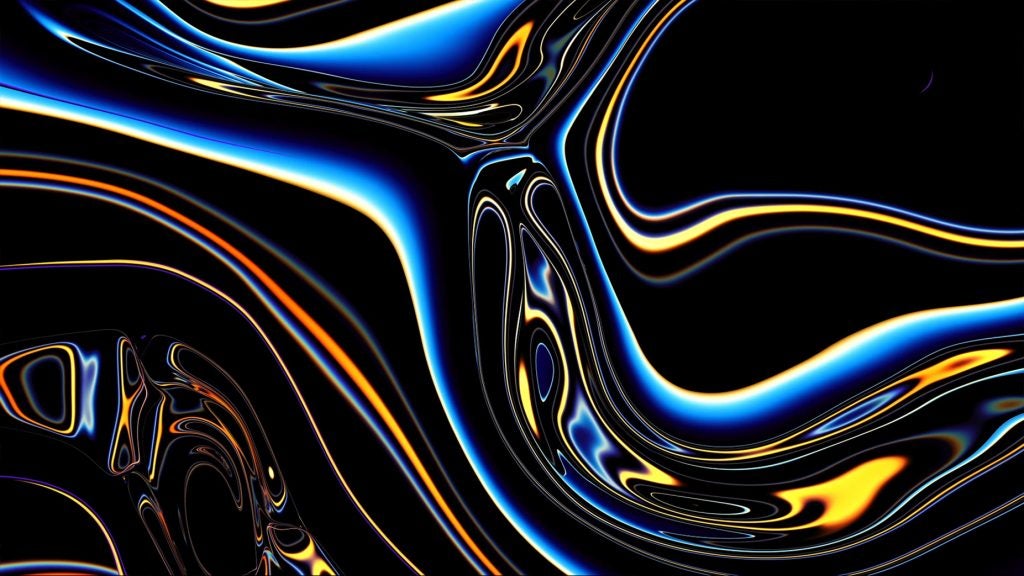 The technology at play is unquestionably impressive, serving as Apple’s first 32-inch 6K Retina panel, boasting up to 1600 nits of brightness and packing a capable 1,000,000:1 contrast ratio (not bad for an LCD). It also features a trippy, shifting wallpaper.

While we weren’t able to source an animated version of the Pro Display XDR’s debut imagery, above is a static version of the magic-eye-like wallpaper that Apple created for the launch.

While there’s no product or software attached to the following wallpapers, they’re derived from the promotional imagery Apple used in the run-up to WWDC19 itself. 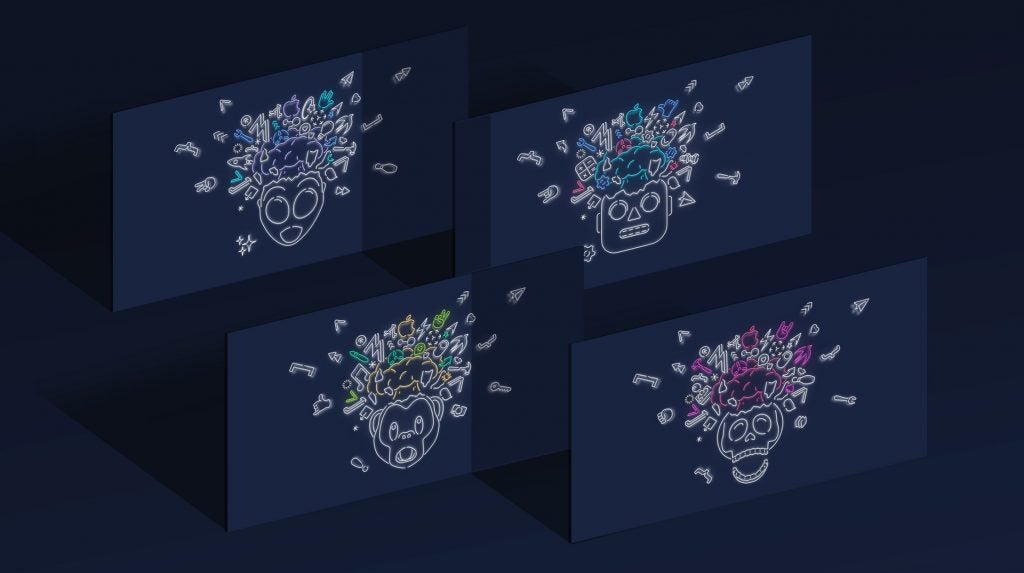 Each features one of four ‘mind-blown’ animoji (an alien, a robot, a monkey or a skull) set against a dark blue backdrop. We’ve created multiple versions, purpose-made for iPhones, iPads and desktops, so you can download the perfect version for your device.