Apple is holding another special event on November 10, where the company is expected to announce the first Mac computers running on Apple Silicon.

In an invite sent to the media on Monday, Apple announced a ‘One More Thing.’ live stream that’ll air on Apple.com.

One More Thing, of course, was the catchphrase uttered by the late Steve Jobs when announcing a surprise product at the end of one of his legendary Apple keynote events. So, this raises the excitement level somewhat.

The November 10 stream will commence at 10:00 local time at Apple Park, in Cupertino. That’s 6:00pm UK time and we’ll be covering the event live as usual. The announcement doesn’t register as a surprise, because a November event to announce the Apple Silicon Macs has been mooted for quite some time now. 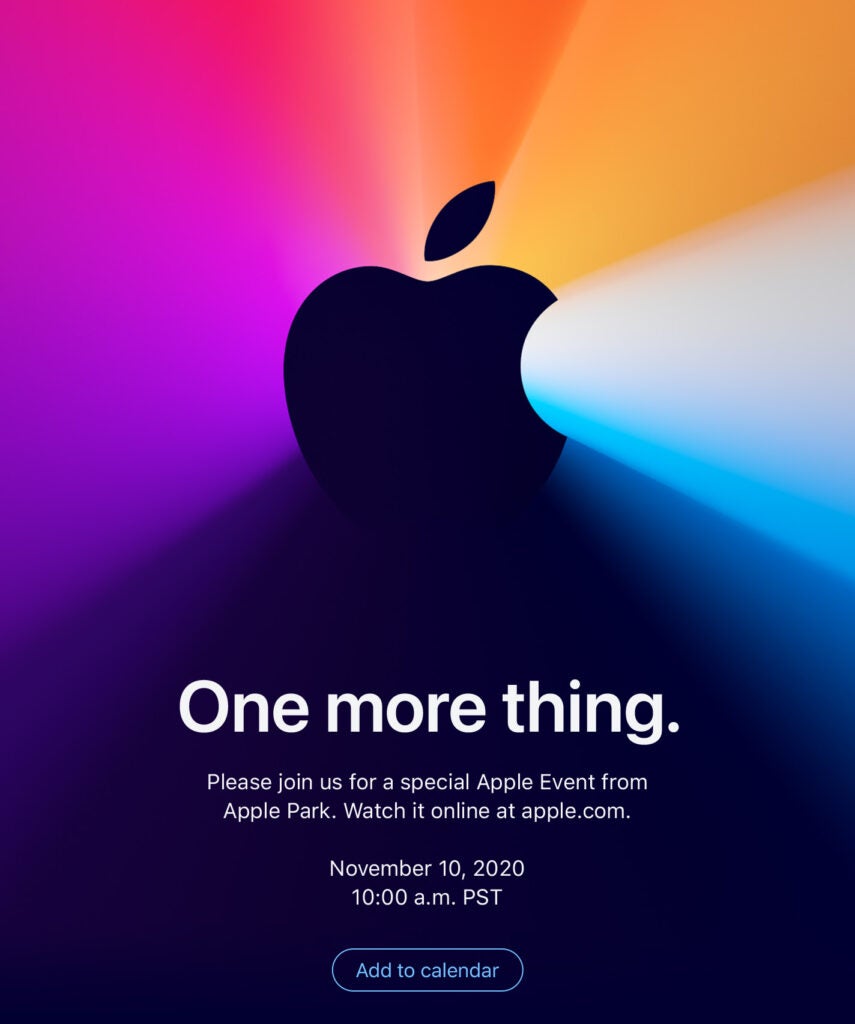 Apple announced it was moving away from Intel processors for its Mac line back at WWDC in June. It’s a huge shift from the company, which leaves Intel out in the cold. However, it should end up benefitting macOS users overall due to greater software synergy across all platforms, from iOS to watchOS to tvOS.

Among the rumoured first devices is new version of the 12-inch MacBook, which was discontinued in favour of the MacBook Air line a couple of years back. We’ll see whether Apple will will choose to update the MacBook Pro or iMac lines during this event, but we’d suggest those updates might arrive in 2021. Apple plans to shift its entire Mac line to homegrown processors by the end of 2022.

What else might Apple drop during the One More Thing event next week? Well there continues to be rumours about AirPods Studio over-ear headphones, as well as the long-mooted AirTags trackers. However, recent reports have suggested they may not arrive until 2021.

Are you waiting until the arrival of Apple Silicon Macs to buy a new computer? Share your hopes for the One More Thing event @trustedreviews on Twitter.