Mobile gaming has always been a strange beast. With the dawn of smartphones, tablets and other devices it entered a world of genuine innovation, developers discovering new ways to play that simply weren’t possible before. This growth in creativity has resulted in the likes of Monument Valley, Florence and Pokemon GO.

All of these experiences have changed the game, whether through narrative breakthroughs or mechanical implementation we simply hadn’t seen gaming tackle before. Touch screens were the reason for this, but they’ve also become the biggest barrier preventing players from truly investing in them as a gaming platform.

Apple is trying to tackle this issue directly with the introduction of Apple Arcade, a subscription service which will compile hundreds of games in an easy access library across a variety of its own devices. Players will be able to access games from some of the world’s greatest developers, but from what we’ve seen, it’s a diamond in the rough situation which struggles the shake the fractured identity mobile gaming has. 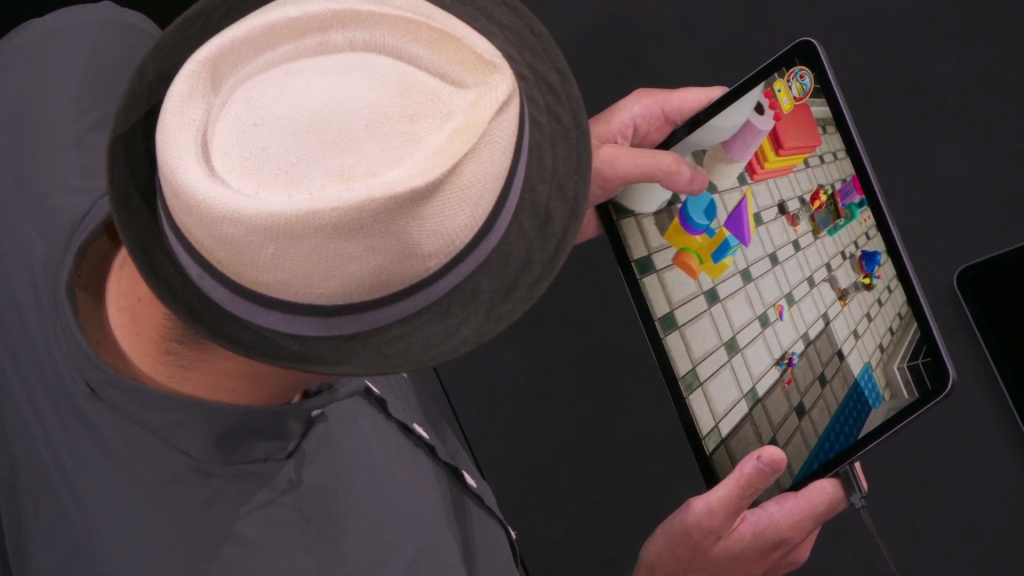 This week’s long-anticipated event kicked off with Apple Arcade, perhaps signalling that was the weakest link in a line of product announcements prepared for the evening. After introducing a handful of trivial features for Apple Arcade itself, a trio of developers took to the stage and introduced three new experiences – none of which defined Apple Arcade as an essential purchase.

Konami kicked things off with a new iteration of Frogger. Yes, I’m being completely serious. The Japanese company is no longer praised for its gaming output with the exception of its annual football sims, so coming out and presenting a half-baked revival of Frogger perhaps wasn’t the ideal way to debut Apple Arcade’s potential. It seemed like many other titles you can play on phones and tablets right now, failing to stand out in any meaningful way.

After Konami left the stage, another giant took their place – Capcom. Would we see something like Resident Evil or Monster Hunter make a splash, selling us on Apple Arcade in one swift motion? Not exactly. Shinsekai: Into The Depths was unveiled. This nautical, scrolling adventure follows a protagonist as they try to survive under water, hunting down resources and fighting of strange, hostile creatures.

It had the atmosphere, but once again it felt rather pedestrian and doesn’t exactly sell me on the concept of Apple Arcade drawing in core gamers from across the globe. The final title from Annapurna Interactive looked fantastic. Sayonara Wild Hearts is a bright, energetic musical platformer where you jump between a high-speed motorcycle chase and chaotic sword fighting with a swipe of the screen. It’s really something, and if Apple Arcade can pack its library with gems like this, it just might work. 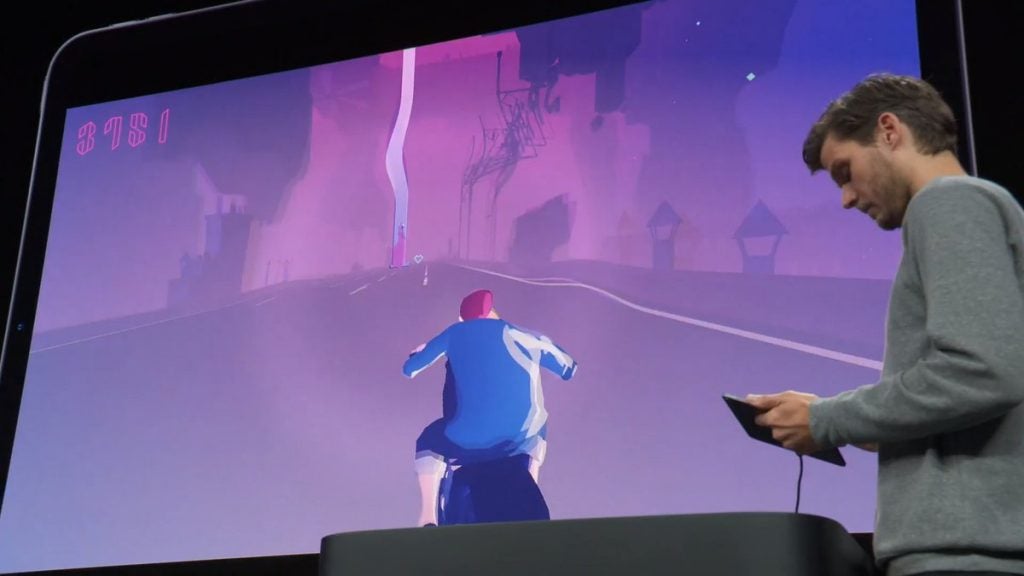 Despite my reluctance, Apple has confirmed that hundreds of games will be coming during and after launch, bringing on developers from around the world to contribute to Apple Arcade. Knowing this, it will have a solid selection of games you can’t play anywhere else, so for that alone it’s worth keeping an eye on. You can also hop between iPhone, iPad and your television if the ecosystem is that engrained into your daily life, but many players already have consoles, with many of these games, they’re dedicated to.

The low monthly price of $4.99 (UK pricing still to be confirmed) also makes it an investment less than a (very) expensive cup of coffee. If you’re a hardcore player and own an Apple device with Arcade support, taking the plunge might be tempting. But with an underwhelming presence at its reveal, and the continued control troubles that hinder much of mobile gaming, it’s not going to have much of an impact. Virtual thumbsticks will always be the worst.

Following the presentation, a handful of games including Shantae and the Seven Sirens, Rayman Mini and Various Daylife were announced. All three of these come from flagship developers, with one even coming to other platforms. However, I struggle to see Apple Devices as the ideal way to experience these unless they’re exclusive, leaving me, and likely others, in a strange position with Apple Arcade. We’ll see what happens, but for now? I’m not convinced.