After years (quite literally) of rumours and speculation, Apple has finally announced the AirPods Max over-ears, and they come with a expensive price tag.

Available in five different colours, the Apple AirPods Max are priced at £549. That’s a lot of money.

When will the AirPods Max be available?

The Apple AirPods Max are available to order today (Tuesday 8th December) from the Apple Store app in the UK and in more than 25 other countries and regions. The headphones start shipping on Tuesday, December 15.

Related: AirPods 3 – What we know about Apple’s next true wireless earbuds

How much do the AirPods Max cost?

Previous rumours had indicated that the headphones could cost around the same as headphones from Bose, Sennheiser and Sony. However, in recent months there’s been speculation that the AirPods over-ears could cost more than that, and indeed they do – the AirPods Max cost £549.

There was no mention of the sports variant also thought to be in development, which if rumours were true, would have cost £349.

The headband is made out of a breathable knit mesh canopy and aims to distribute weight across the head and reduce pressure. The stainless steel structure is intended to provide strength and flexibility, allowing the headphones to fit a wider range of head shapes and sizes.

Optical and positional sensors are tucked into the earcups for play/pause functionality. In fact, all the wearer needs to do, according to Apple, is lift up one headphone to pause audio. 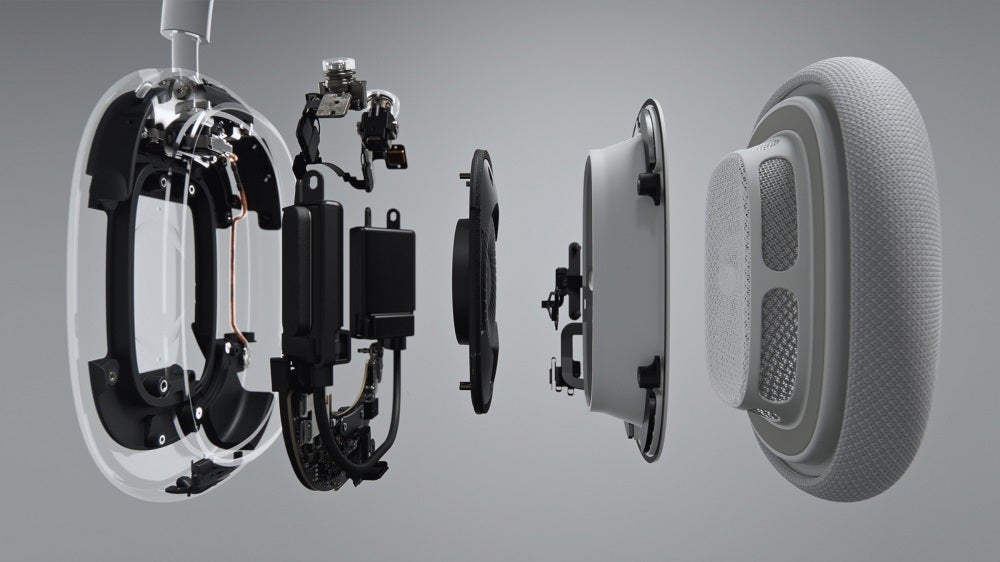 Apple say the ear cup connects to the headband through a “revolutionary mechanism” that balances and distributes ear cup pressure so it can “independently pivot and rotate” to fit a person’s head. Also included is what Apple refers to as The Digital Crown (inspired by the Apple Watch), for changing the volume, playing/pausing audio, skipping tracks, activating Siri and taking or ending phone calls. 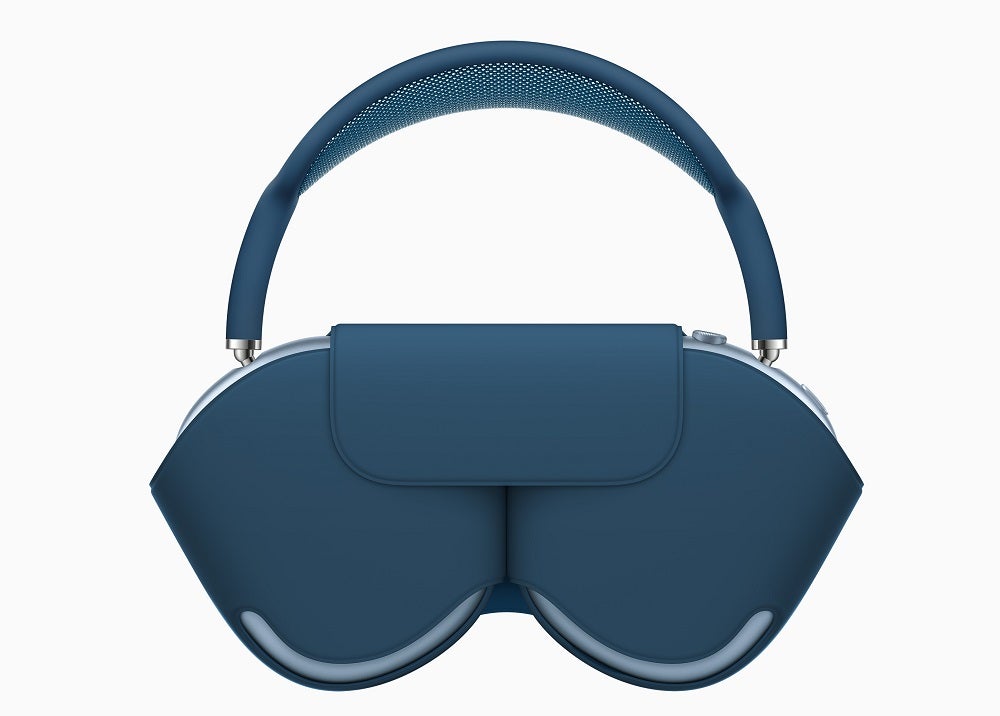 Related: AirPods Pro 2 – What we know about Apple’s next ANC earbuds

What features do the new AirPod over-ears have?

It looks like some features have been cut in light of several development setbacks in the past few months. We don’t see any sign of the switchable earcups, but the feature set still covers what we’d expect from a premium pair of headphones.

The headphones features/smart abilities are powered by the H1 chip (as expected), though we had though the headphones would also feature the U1 chip that’s in several other Apple products. A headline feature of the H1 is its Adpative EQ, which adjusts the sound to the fit and seal of the ear cushions – adjusting low and mid-frequencies in real-time – for the best audio performance.

There are three outward-facing microphones to detect external noise, with one inside the earcup to monitor sound that reaches the ear. Apple says that with the use of the H1 chip’s computational audio, the Max’s noise cancelling performance can continuously adjust to the headphone’s fit and the listener’s movement in real time.

Working in tandem with the noise cancellation is a Transparency Mode that allows the listener to listen to music and what’s around them via a single press of the noise control button. For calls the over-ears use beam-forming microphones to block out noise and focus on the caller’s voice. 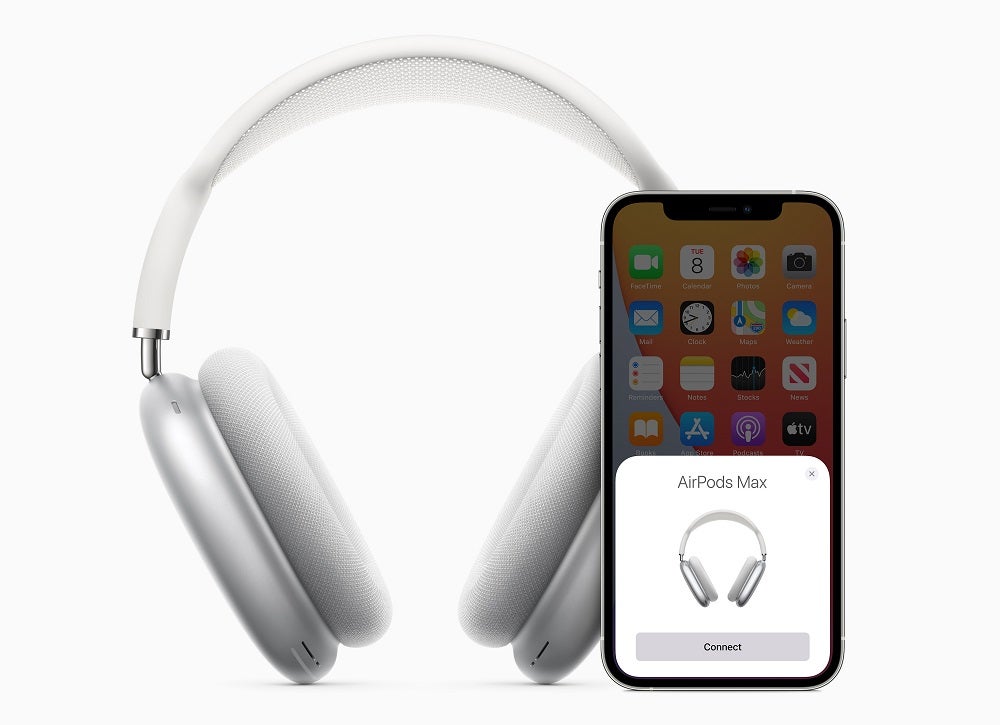 As expected Spatial Audio is supported. Announced at WWDC 20, Spatial Audio uses head tracking to place sounds virtually around the listener. It works with 5.1, 7.1 and object-based audio in Dolby Atmos, and with the headphone’s gyroscope, it can track the motion of the user’s head to remap the soundfield so it stays anchored, even when the head is moving. The Automatic Switching feature that allows users to switch between iOS devices is also supported.

Battery life with ANC and Spatial Audio activated is only 20-hours, around the same as the Bose Noise Cancelling Headphones 700, but less than the 30-hours of the Sony WH-1000XM4 and B&W PX7.

There were rumours of wireless charging that looks like a no show. Other features include Audio Sharing (sharing audio between two sets of AirPods on an iPhone, iPad, iPod touch, or Apple TV 4K); and Siri hands-free integration.

The Apple AirPods Max have an RRP of £549, and are available to order from today (8th December), with availability starting on Tuesday, December 15th.