Animal Crossing: New Horizons is finally here – and, as predicted, it’s massive. There’s so much to do once arriving on your own deserted island, from pulling weeds, cutting down trees and turning a barren wasteland into something resembling civilization.

It’s easy to feel overwhelmed as you get to grips with New Horizons myriad systems, many of which expect the player to discover things for themselves instead of being spoon-fed a bunch of tutorials. It’s a lovely approach, but we won’t blame some if they find themselves lost.

So, Trusted Reviews has compiled 6 tips to help get you started in Animal Crossing: New Horizons, ranging from bell-making advice to the idea of establishing a routine so you’re getting everything Nintendo’s latest has to offer. 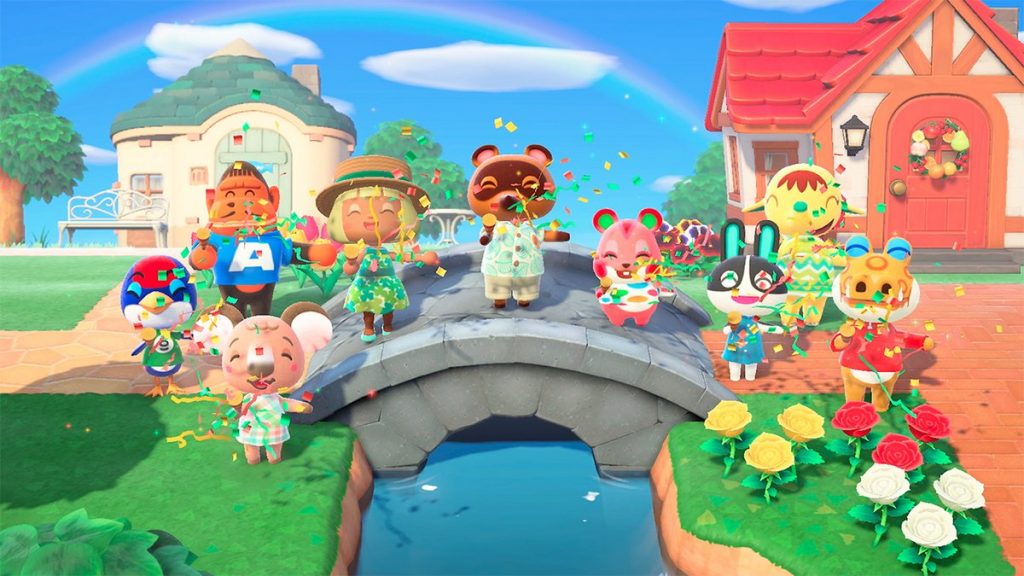 Yes, we’re aware of how barbaric and potentially life-threatening this advice might sound. The lecherous raccoon is renowned for throwing loans upon the player and forcing them to perform all of the tasks he’s too lazy to perform himself, but he’s also your perfect route to get ahead in island life.

The Residential Services tent will be your most frequent port of call in the opening hours, largely because Tom Nook is the guy dishing out major quests and milestones that introduce your house, important mechanics and other goodies you’ll need to succeed in New Horizons. Try to visit his abode once a day, taking on any objectives and adding them to your essential to-do list.

Tom Nook is also holding valuable services such as the town ATM hostage, which is used for purchasing a bunch of essential goods, redeeming Nook Miles and paying off your loan. If you fail to achieve the latter, he’ll drag you into the sea and break your legs. Or something; he isn’t to be trusted. 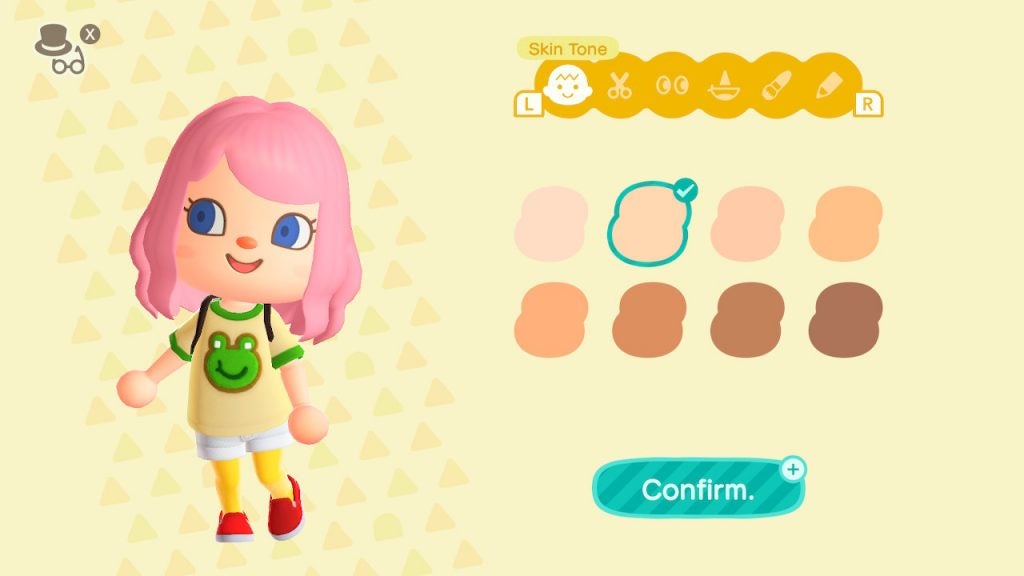 New Horizons isn’t like other games; it isn’t something you can binge. Progression is dictated by time in the real world. The day/night cycle is determined by reality, meaning when the sun rises in real life it rises in the world of Animal Crossing. This pace forms the basis of everything you do, so try to establish a routine that you can change on the fly.

I start my day scouting the island for fossils, shells and other trinkets that have washed ashore. After this, I converse with all my villagers before dropping by each shop to purchase whatever tickles my fancy. Finally, I drop by Residential Services to see what main quests are on my plate for the coming hours.

Try to establish a similar pattern of activities for your island, since it works wonders for productivity. Also, it helps to set yourself a long-term goal, such as an ambitious crafting recipe to chase in the days and weeks to come. I’m still itching to craft a giant mech, but the amount of fallen star fragments required is making this challenge one worth chasing. 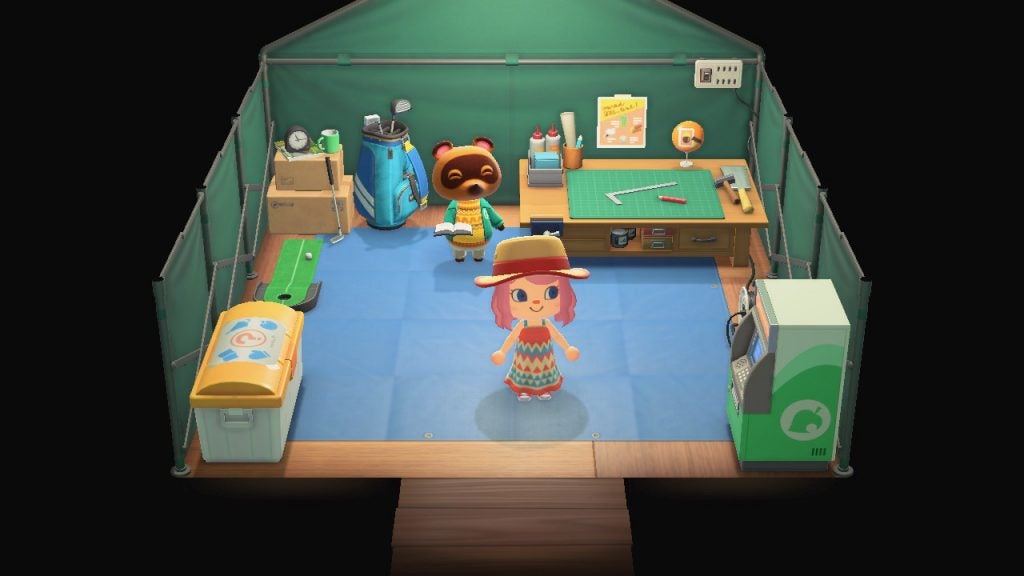 3. Make good use of the airport

Run by a duo of adorable flightless birds, the island airport is a valuable part of your virtual home. It’s used to invite friends to your island or to hop on a plane and visit theirs. Visiting the islands of other players always results in a bunch of unexpected spoils including bugs, fruit and other treasures you might not find anywhere else.

There are also Nook Miles Tickets, which can be used to whisk you off to a randomly generated island filled with plentiful surprises. You’ll often stumble upon new fossils, bugs and other resources for free, which you can gather to your heart’s content. Well, until your tools break into tiny little pieces.

These islands are often occupied by animals testing the waters of island life, and you’re free to persuade them to move onto yours. I’m evil and only recruited the cute ones with plenty of personality. Weeaboo Island only accepts the best and brightest virtual creatures to call it home. 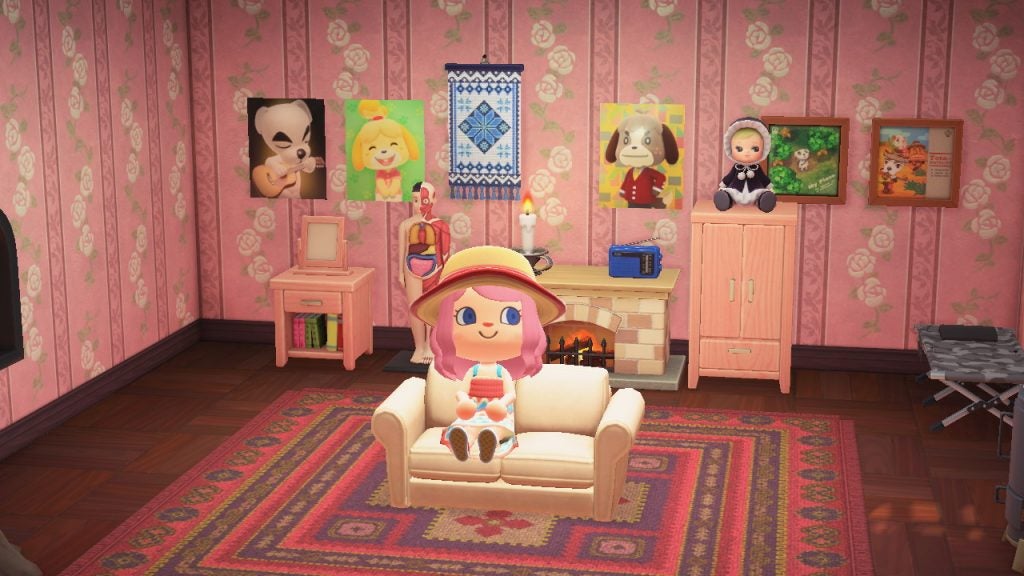 Previous games in the franchise limited a lot of cosmetic customisation to your home, meaning it was impossible to jazz up the island/town itself with your endless array of furniture. That all changes with New Horizons; here, you’re actively encouraged to brand the island with your own personal aesthetic. Do exactly that, since you’re rewarded for doing so.

Don’t worry about being scrappy in the opening hours, either. Your garden can be an inconsistent mixture of flowers, birdhouses and vending machines surrounded by an oddly proportioned fence. But it doesn’t matter, since at the end of the day, it all belongs to you. Get out there and express yourself, since all of your friends and islanders will more than appreciate it. 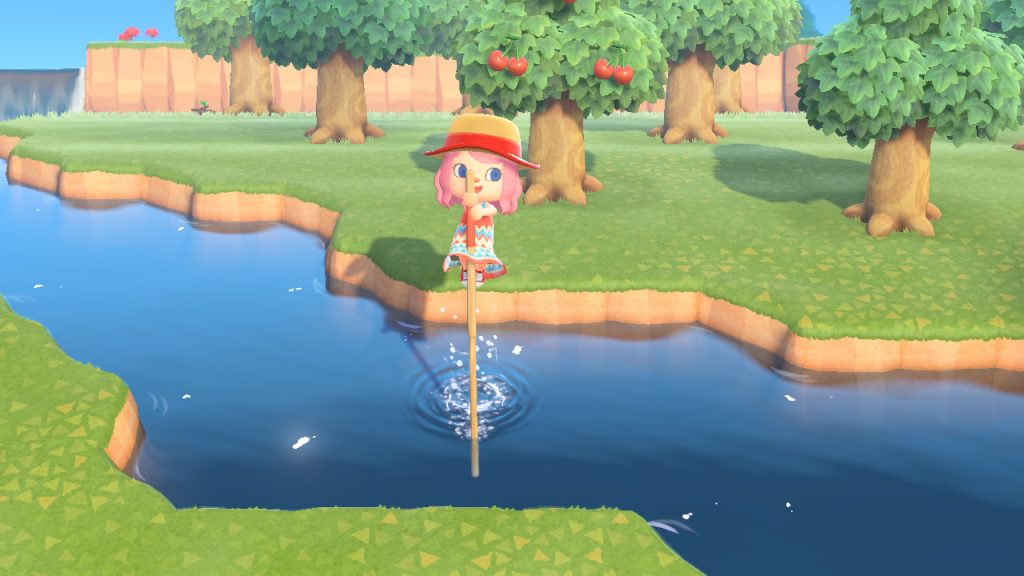 Shaking trees is a task with which every seasoned Animal Crossing player will be familiar. Within the leaves of these towering monoliths sits a bunch of unexpected treasures. Sometimes you’ll find crafting ingredients, while others might house surprise furniture drops or money to spend across the island’s shops. Just be careful of wasps: if those buggers sting you twice, you’ll faint and end up back at your house.

6. Don’t forget about the Nookphone

The Nookphone is earned in the opening moments, and is the central mechanic in New Horizons featuring everything you’ll need to live your island life. Here you’ll find quests, crafting recipes, custom designs and countless other things. The list only grows as you progress, so it pays to keep an eye on it throughout the day. Cashing in quests comes with ample rewards, and there’s adorable charm to customising your in-game passport.