Essential, the start-up founded by Android creator Andy Rubin, made its official entry onto the global tech stage this week, but attention is already turning the company’s next potential launch.

Just days after the Essential Phone (PH-1) and the surprise Essential Home debut, patents show the company is also looking at creating a pair of smart AR specs.

In a filing uncovered by Patently Apple (via The Verge), the company writes: “Based on the environment that the user sees, and based on the direction of the user’s gaze, the processor can display an image to augment the environment around the user.

“For example, if the user is looking at a barcode of an item, the processor can display cheaper purchasing options of the same item.”

Related: Essential Phone (PH-1) everything you need to know

The glasses themselves look quite similar to Snapchat Spectacles, which went on sale in Europe today.

Naturally, there’s a camera module built in, which would seemingly allow photos and videos to be taken as well as track eye movement.

The glasses would, of course require an translucent display in one or both eyes to display augmented content. 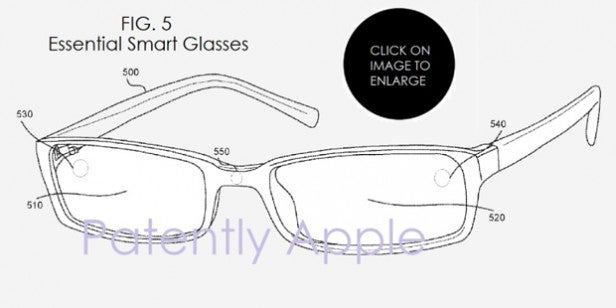 Rubin, of course, was at Google during the development of the Google Glass technology, which appeared to be a little before its time.

Google has been cautious on the prospect of a successor for the product it killed before ever releasing a consumer edition.

Could Essential take up the mantle and bring the premise to the masses?

What do you make of Essential’s first week on the public stage? Share your thoughts in the comments below.