Speculation is rife over what Google will name the next version of Android, with Android Oreo the overwhelming favourite. But newly highlighted source code coupled with Google I/O slides suggest that Android O will, in fact, be Android Oatmeal Cookie.

That’s according to digital storage blog Myce (formerly CDFreaks), which discovered multiple source code references in the Android O beta to ‘oc-dev’ and, in one instance, ‘OC-MR1’.

While it hardly confirms that Android 8.0 will be Oatmeal Cookie, it certainly hints at other possibilities beyond Android Oreo.

Check out the flagged source code. 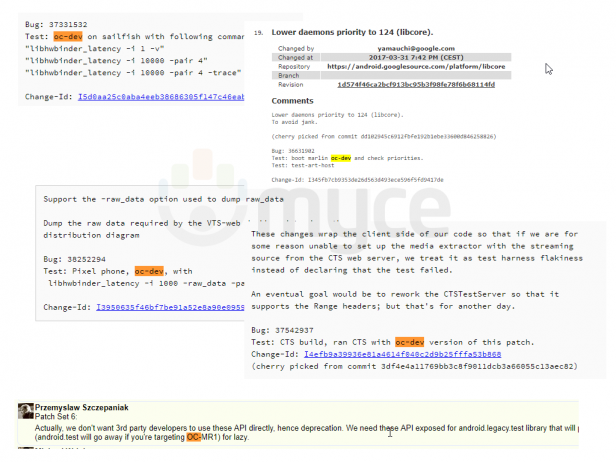 Eagle-eyed attendees at Google I/O 2017 spotted even more explicit references to certain baked goods in slides at the developer conference.

Could it simply be an internal working codename while Google hammers out a deal with snacks conglomerate Mondelez, maker of Oreo?

That’s one possibility, though it’s an elaborate smokescreen if true and worth noting that Google has only gone down the name brand route once, with Android 4.0 KitKat.

Android O is currently out in beta, with the final stable build expected to arrive in autumn alongside the Google Pixel 2 phone.

Presumably, its delectable name will be revealed then, too.

What do you think Android O will be called? Share your predictions in the comments below.