MWC 2018 is full of really interesting looking phones, but it’s also jammed with ones that are desperately trying to look like something else.

After only a few hours of wandering around the halls of the convention center where the biggest European tech show takes place, I have seen countless Samsung Galaxy S9 wannabes; something that copies an Essential Phone down to the 360-degree camera perched on top and, most of all, so many iPhone X knock-offs.

I don’t particularly hate the notch on the iPhone X, but I can’t think of much more ridiculous that sticking it on an Android phone for the sake of it. Yet, here we are.

I like a lot about the Zenfone 5: It mostly looks good, has a lovely screen and there’s plenty of potential in the dual 12-megapixel cameras on the back.

But, all this phone will be known for is pretty much copying the iPhone X. The notch on the top has slightly angled edges and Asus has at least done some tweaking of the software so it doesn’t look like some of the horror shows below, but why does this phone need a notch at all? 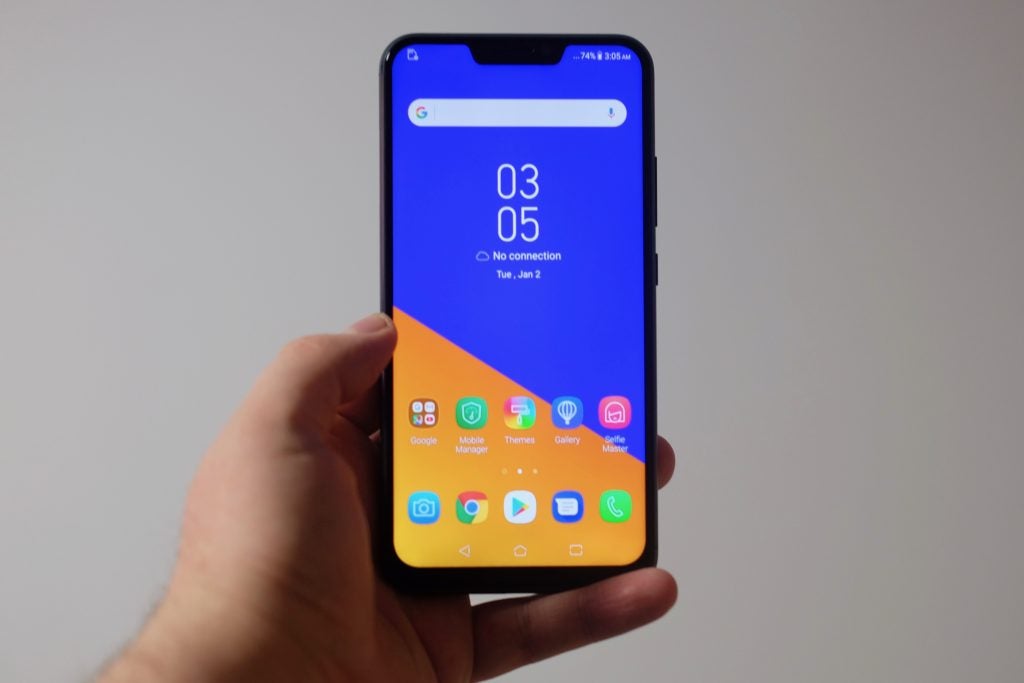 The notch on the iPhone X is a necessary evil to fit the myriad of tech needed for FaceID, while still keeping the screen big and the phone small. I don’t believe that if Apple could get that stuff in without the notch then it would be here. The Zenfone 5 doesn’t really have anything apart from the usual sensors and selfie camera in the top, and it’s not a small phone. Just fill the top portion out like the Galaxy S9 and avoid this whole situation.

Would this phone look the way it does if the iPhone X didn’t have a notch? I’d highly doubt it.

This is one of the best examples of why Android phones like this shouldn’t copy the notch – just look at how the time and other symbols at the top have been sliced off. No, just no.

Like many of the phones this isn’t a particularly high-end or interesting phone, instead it’s seemingly only selling point is that it kind looks like an iPhone X if you squint.

Outikel has not just one, but two notch-toting phones to show off at MWC. The U19 again seems to struggle with the notch from a software point of view and I’m not convinced it’ll ever be updated to when Android supports these design quirks in Android 9. But the biggest annoyance here though is how rough and uneven the cut-out around the notch is. 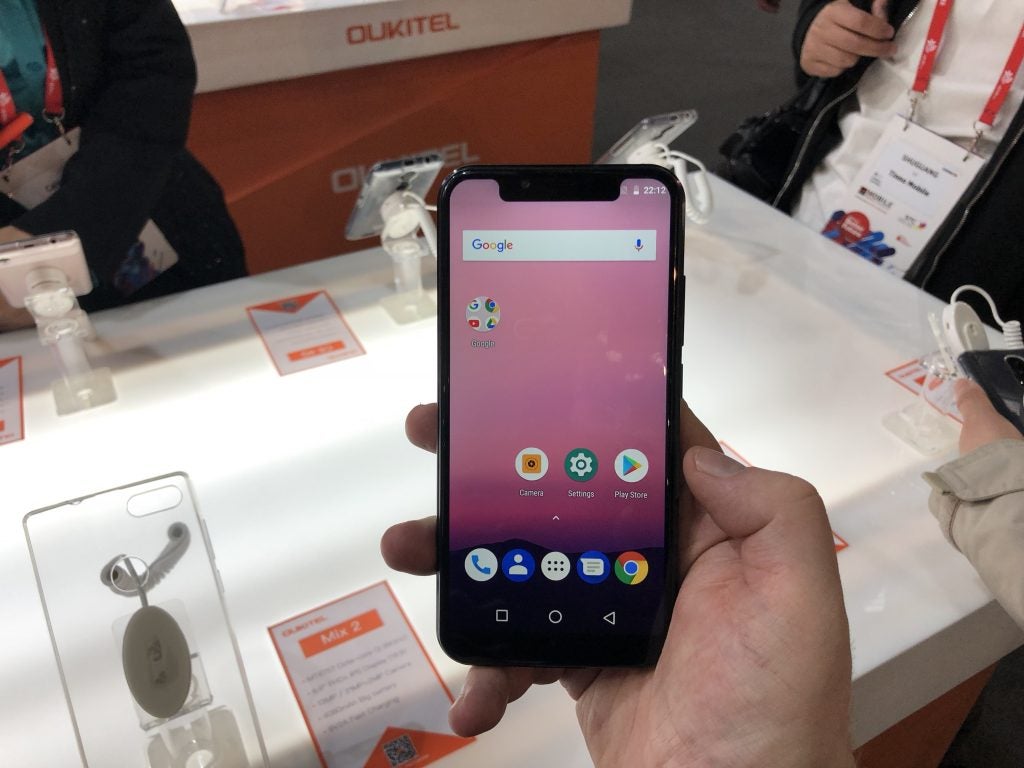 The daddy of the Outikel family, the the U18 has a 19:9 display along with dual-cameras and a big 4000 mAh battery. It feels utterly gigantic to hold though, and I can’t imagine much time has gone into the ergonomics here. Is there really a need for a notch of a device so big? No, of course not. 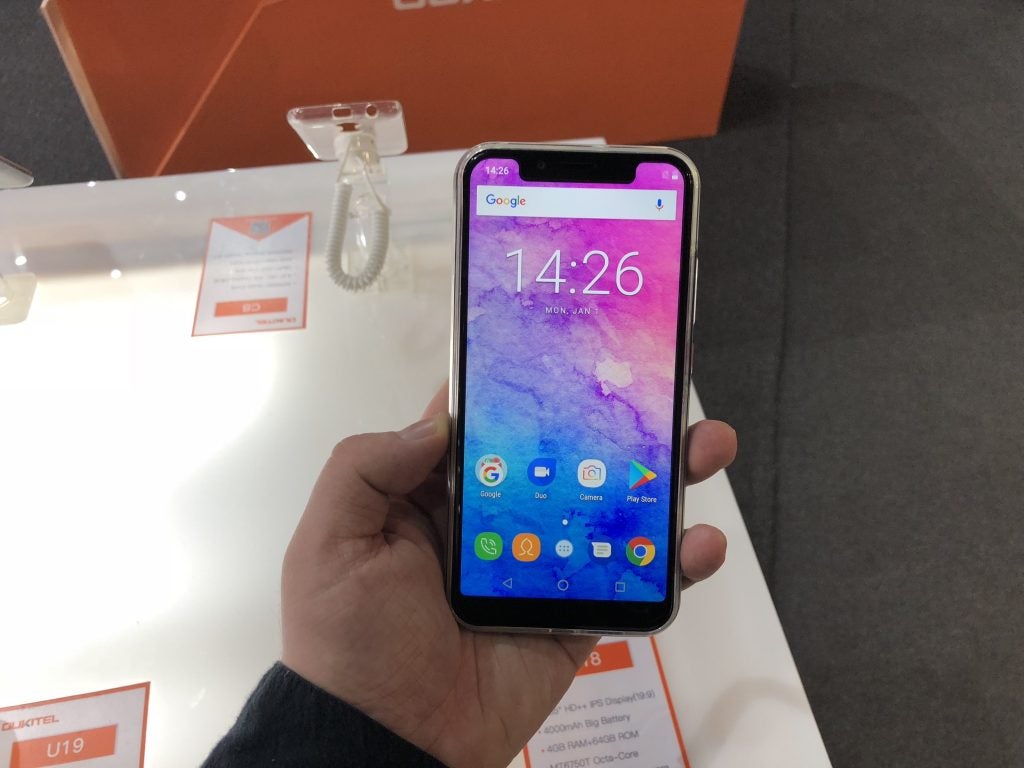 Like the other Oukitel phone that edges of the cut-out are so uneven and there’s not even the same amount of space on either side.

One of the better ones of the bunch, the Noa N10 avoids the issue of an uneven notch by angling it differently to Apple. It looks better, granted, but there still doesn’t seem to be any reason for it to exist – considering all it houses is a 16MP selfie camera. 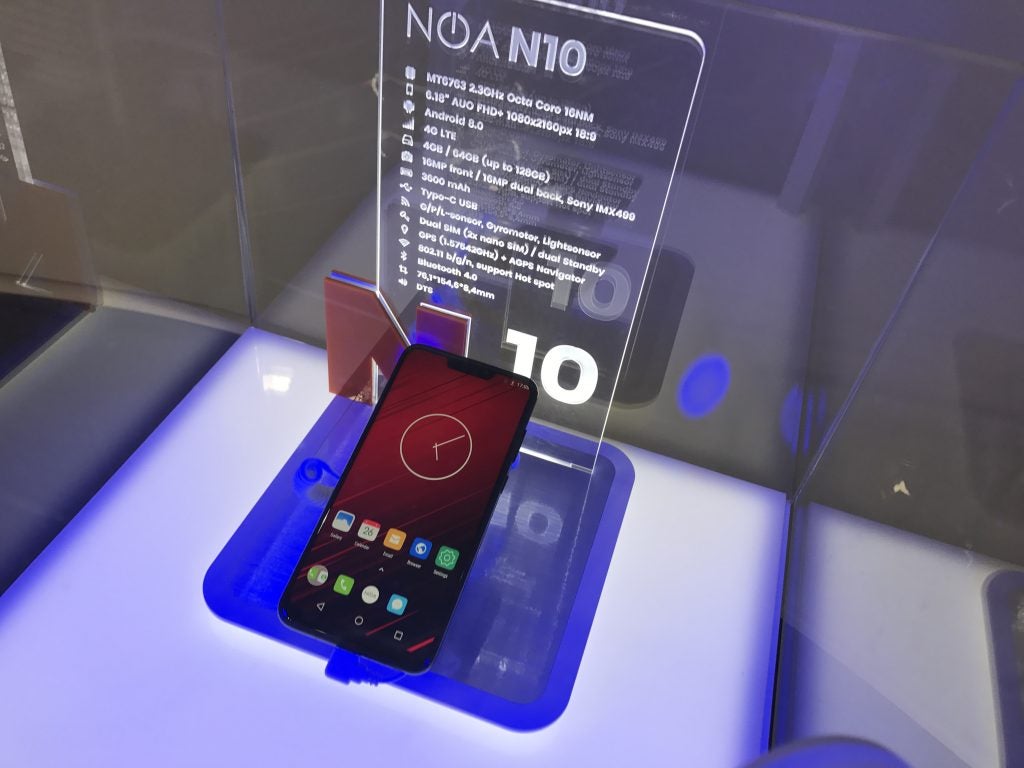 Don’t be surprised to see more phones come in the next few months, with the Huawei P20 rumoured to feature some sort of notch somewhere in its design.

Would you buy an Android just because it has a notch? Tweet us @trustedreviews