For all of the great Android apps around, there are still plenty of questionable ones lurking in the background of the Google Play Store. Now, a new report has revealed 22 malware-ridden downloads that should be avoided at all costs, as they stand to drain your Android phone’s battery life.

The security experts at Sophos have published a report in which they reveal a new strain of Android malware dubbed ‘Andr/Clickr-ad’. It’s known to affect 22 apps on the Play Store to the tune of over two million total downloads, with many of the programs earning glowing reviews – one app in particular, Sparkle Flashlight, boasts over a million downloads on its own.

At the heart of the virus is click-fraud. The nefarious apps feature a malware module that installs itself on your phone and then proceeds to continuously click on mobile ads in a 0 x 0 pixel window, meaning the activity goes on unbeknownst to the user.

Ad clicks obviously mean money these days, so all of these clicks are fraudulently inflating the revenues of various ad networks – hence the moniker ‘click-fraud’.

What users will notice, however, is that their Android phone’s battery life drains rapidly as a result of the malware running and clicking ads constantly. Even when the shady apps are seemingly closed, the activity continues, as they’re programmed to automatically reopen in the background of devices.

Sophos was especially intrigued by the fact that the Andr/Clickr-ad malware was capable of impersonating a wide range of different devices – including iPhones. Despite being Android-based, the fake ad clicks were found to be coming from “Apple models ranging from the iPhone 5 to 8 Plus” as well as 33 Android phone brands.

It added that iPhone clicks typically earned networks higher revenues from advertisers, so the malware scheme was potentially a very lucrative one for whoever was running it – though Sophos stopped short of identifying any ad networks that might have been boosted by the phoney clicks.

Here’s the list of the 22 Android apps that are up to no good. Check your phone for them today and, if you discover one, our advice is to delete it right away and run a thorough mobile security scan thereafter. 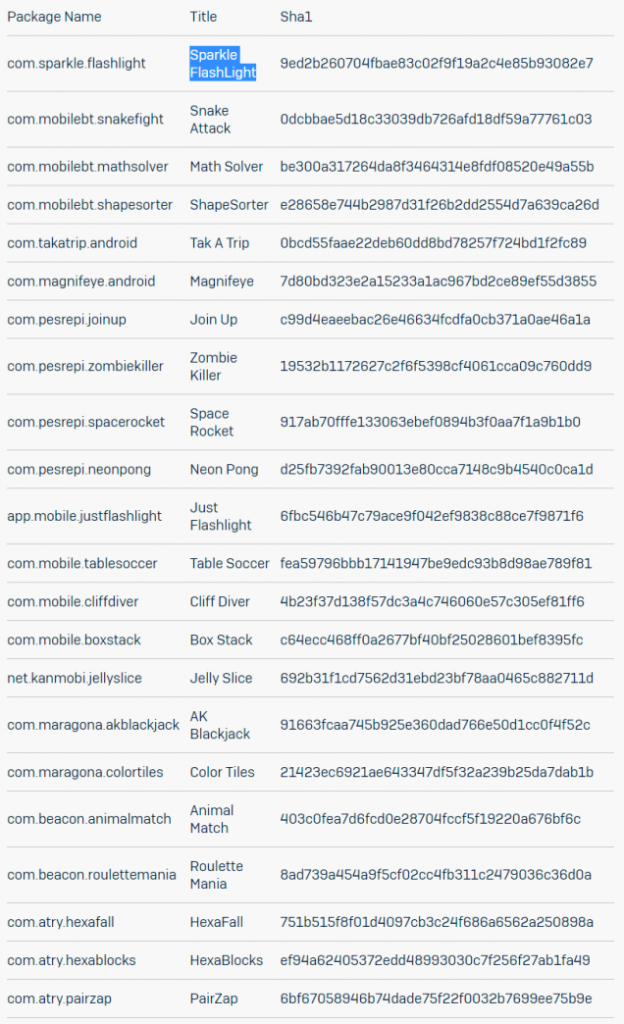 How do you keep your Android phone safe from malware and other digital nasties? Tell us @TrustedReviews.