The Samsung Galaxy S9 could be the first smartphone in Samsung’s line-up to receive the Android 8.1 Oreo update.

The Exynos variant of the Galaxy S9 (SM-G960F) was spotted on benchmark engine Geekbench’s online database over the weekend, with the accompanying documentation listing the handset as running Android 8.1 Oreo, indicating that Samsung is in the final stages of testing the upgrade for its flagship smartphone. 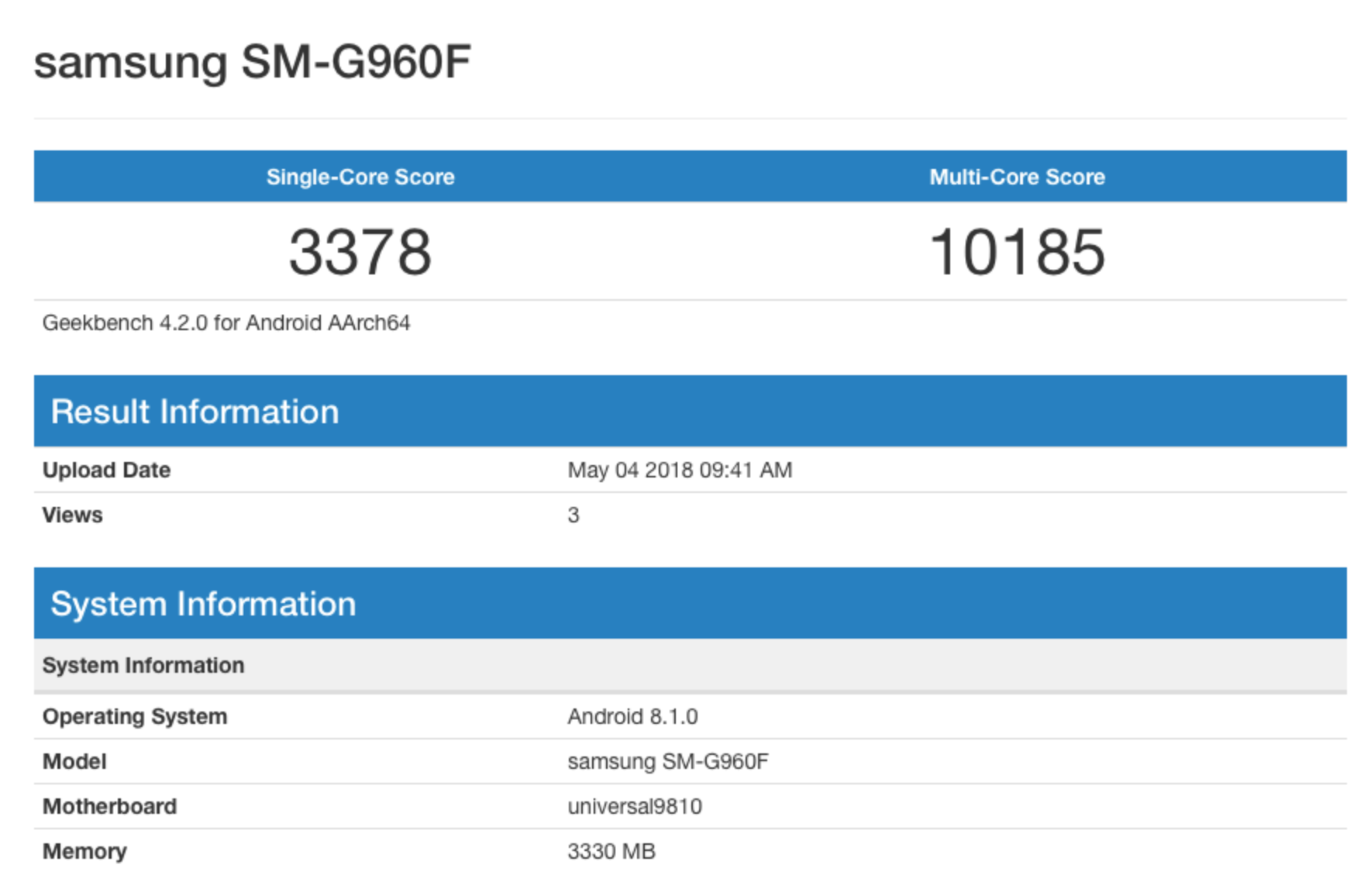 We don’t know when the update will start rolling out, however. All we know is that it’s in the works and is set to bundle all the changes Google baked into the release, including the much-requested option to automatically disable the fingerprint reader once an unregistered fingerprint is attempted multiple times.

Here’s a full list of the (notable) changes bundled in Android 8.1 Oreo:

Samsung is also expected to release the Android 8.1 Oreo update for the Galaxy Note 8 and Galaxy S9 Plus, as well as a number of its budget, mid-range and former flagship smartphones, including the Galaxy S8 and Galaxy S8 Plus – though there’s no word on when exactly that will take place.

Are you looking forward to the Android 8.0 Oreo update for the Galaxy S9? Let us know on Facebook or Twitter @TrustedReviews.