Everything you need to know about Android 5.0

Whether it is called Android 5.0 or Android 4.5, the release of the next version of the Android OS will be big news. It’s the software that will power the phones set to do battle with the iPhone 6, and shows us the way Android phones are headed, in terms what features we’ll see developed in the future.

The Android 5.0 release will be met with almost as much as excitement as new Android phones like the Nexus 6. And we are already being asked questions about the new software on a regular basis.

When is the Android 5.0 release date? What features will Android 5.0 have? Will it be called lemon pie, lollipop or Lion Bar? These are all pretty common ones, and things we’ll address here. 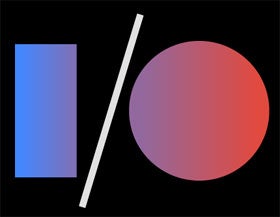 However, we are pretty sure that the next version of Android will be shown off Google I/O 2014. This is a developer conference held in San Francisco each year, and this year it falls on 25-26 June.

To attend, you’ll need to enter an online lottery, which is only open 16-18 April. We don’t recommend ordinary folk to attend, though – even if you are an Android die-hard. It’s a developer event and tickets cost $900. That’s enough to buy a Galaxy S5 and have change for a couple of Moto G phones to boot.

I/O is just when the announcement of the software will occur. We’ll see Android 5.0 in person for the first time in the next wave of Nexus devices. Google is rumoured to be bringing us a Nexus 6 phone, a new 8-inch Nexus 8 tablet and a refreshed Nexus 10.

We expect to see the first of these devices released in late 2014 – think September-October at the earliest. However, any release plans and even the existence of the hardware are yet to be properly confirmed.

As is typical of non-Nexus phones, it’ll likely be an age before updates trickle down to other phones, even top-end ones like the Samsung Galaxy S5, HTC One M8 and Xperia Z2. We’d be lucky to see any third-party Android 5.0 updates this year.

Each time an Android update is released, there’s a lot of talk about what the next one in line will be called. For the uninitiated, each and every version of Android (since 2009) is named after a type of confectionary.

Google rocked the boat with Android 4.4 by tying its release to a brand name rather than a generic kind of sweetie. Its full name is Android 4.4 KitKat, and outside Google campus sits a giant KitKat-shaped Android model.

There are two main contenders for the next version of Android – Lollipop and Lemon Pie (or some variant thereof). Lollipop is currently the most likely.

If you’ve not been following Android as keenly as us over the last six years, here are the names Google has already used:

We don’t officially know any of the features that will be put into Android 5.0. But there are plenty of clues in Android 4.4 already, and mobile device CPUs due for release tell us a lot about where the system is headed.  But first…

A new interface
A new-look interface for the next version of Android has been leaked. It’s known as Moonshine, and it sees normal Android phones take on the look the Nexus 5 adopted with its Google Experience Interface.

Although not widely known, the Nexus 5 has a completely different interface from other Nexus devices. It looks less up-tight than the Nexus 4’s normal Android UI.

The new Android 5.0 Moonshine UI has new more cartoony Google Experience interface. Check out these icon screenshots for a preview: 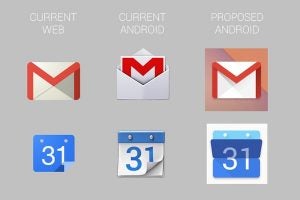 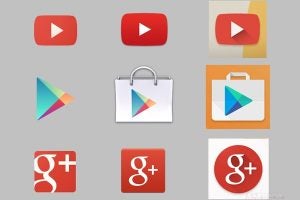 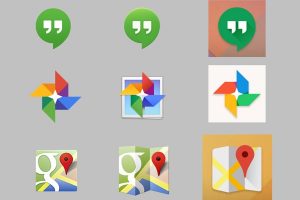 Ultra Techy features
Android is going 64-bit
At present Android is a 32-bit system. However, the recent announcement of the Snapdragon 808 and 810 processors from Qualcomm heavily suggests Android is going to ‘go 64-bit’ with Android 5.0.

They are both 64-bit chipsets, and Qualcomm says they are “expected to be available in commercial devices by the first half of 2015.” That’s perfect timing for the wider roll-out of the next major version of Android.

These are the sort of chips we expect to see powering phones like the Galaxy S6.

It has been a while since the term ’64-bit’ has really been big news — remember the Nintendo 64, anyone? And it is worth cutting through the inevitable marketing spin to understand why this is an important change.

It’s pretty difficult to tackle the 32-bit vs 64-bit without using pretty impenetrable techie terms, but a 64-bit system can – roughly speaking – crunch more data than a 32-bit one. It’s all about how much ‘address space’ the systems have. And 64-bit systems can handle and use more RAM than 32-bit ones. It’s when Android goes 64-bit that top-end phones will be able to really use more than the 2GB/3GB of RAM top-end phones have at present.

This could also cause a bit of extra fragmentation in Android, though. 64-bit hardware will be able to run ‘normal’ 32-bit Android apps, but we may start to see 64-bit-only apps that will not work on older hardware. Or, more likely, apps will have ’64-bit-only’ features. It’s exciting stuff but sure to get people who spent £550 on the Galaxy S5 this year a bit annoyed come 2015.

Intel has already proved that Android’s core has no trouble working with 64-bit hardware. In early 2014, it finished work on a 64-bit kernel  for Android 4.4 KitKat, for use with Intel Atom processors. Of course, it’s only when the system goes natively 64-bit that it’ll be really big news.

Android may ditch DALVIK for ART
Android 5.0 may see a change in how the system runs apps. In Android 4.4, Google introduced a new experimental test feature, the ART runtime. You can access it yourself in an Android 4.4 phone by enabling developer mode.

What is ART runtime? It is something that changes the way the Android system handles processes, how it runs apps – it’s a fundamental change. As standard, versions of Android 4.4 and older use the DALVIK run-time.

To distil the differences down to the basics, DALVIK makes your phone recompile part of an app’s code as you run it while ART performs this recompiling process when the app is installed. ART is, in theory, faster, but that early recompiling process makes installs take longer and consumes more storage space.

ART should see the last remaining laggy bits of Android disappear, and will help in improving the slightly slower feel of most custom Android interfaces.

We’ll be back with more news on Android 5.0 soon.

Next, read our Android tips and tricks