After Android 4.3 Jelly Bean, Google is amending its usual dessert-themed OS trend by introducing Android 4.4 KitKat. Known internally at Google HQ as Key Lime Pie, the Android 4.4 KitKat release date is tipped for launch on October 14, possibly alongside the much-rumoured Google Nexus 5.
Alleged details and images of KitKat have been melting through the internet wrapper giving us an idea of what Android 4.4 Kitkat features we can expect to see and what they might look like.
If the rumours and screenshots are legit, it looks like the Android 4.4 won’t get an iOS 7-style design overhaul, but could introduce some new and interesting elements along with tweaking current features.

A series of alleged leaked UI images suggest the KitKat UI will not shy too far away from Android Jelly Bean. A new lighter colour scheme could replace the usual black status bar with a grey alternative one of the cosmetic changes suggested. App icons are also expected to be displayed in a lighter shade. 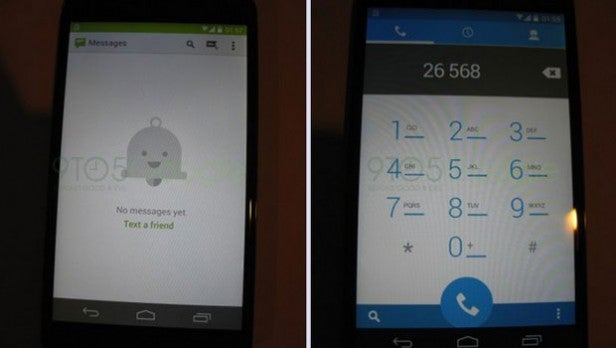 Possibly taking inspiration from the iOS 7 app dock, the status bar appears to change colour depending on the app users are currently running.

Moving inside to the Android phone app, dialler buttons have a new blue colour scheme and more circular design, again very reminiscent of the dialler and unlock screens in iOS 7. 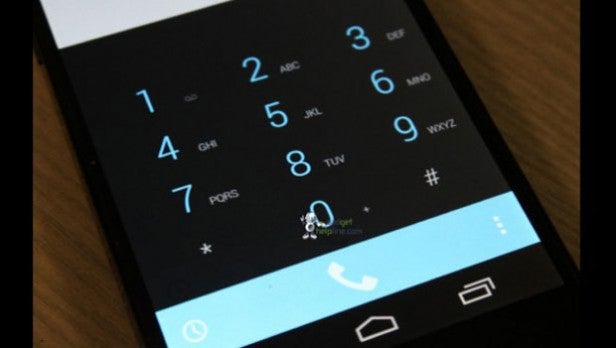 The messaging app also looks set to get the makeover treatment introducing a cutesy bell with a smiling face when the user does not have any messages. Messaging controls have also been relocated to the top right-hand corner of the app, rather than along the button as with previous iterations of the Android OS.

Courtesy of more leaked screenshots of a KitKat 4.4 build, so early it still bears the Android Key Lime Pie codename, we can get an idea of some of the new KitKat 4.4 features and the adjustments being made.

In Android 4.3, Google introduced a new, arch-based camera UI making it easier to jump through settings. The below image suggests Android 4.4 KitKat will now add Instagram-style filters to photos and preview how they look before deciding to permanently make your snaps all filtertastic. 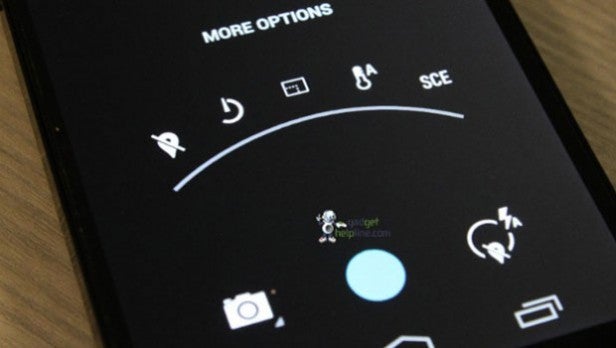 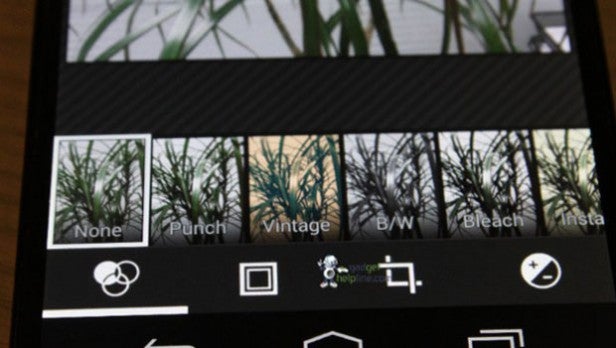 Another area Google tries to add greater functionality to, the new Gallery is tipped to let users to save images as a PDF file making it ideal for business reports and expenses for work. In a move to rival Apple’s AirPrint feature in iOS, printing integration has been added to settings letting you adjust settings for paper size, colours, numbers of copies and orientation. 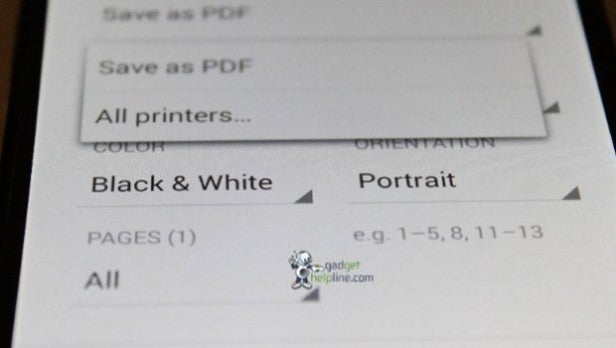 While Apple ignores NFC for the time being, Android continues to push on with NFC or Android Beam as it is better known on Android smartphones. KitKat 4.4 could be set to add the ability to make wireless payments via NFC straight from the phone. So there’s no need to boot up a third party app to pay for your goods. 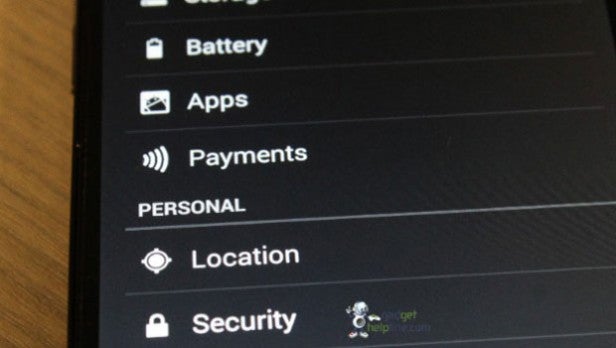 Rumoured to be Android’s alternative to Whatsapp, Google Babel could make its debut in Android 4.4 KitKat. Prior to Hugo Barra’s departure from the company, the former Google VP revealed in an interview with the Times that the service which can translate phone conversations in real-time was still very much alive. It has since been spotted in a log file and a screenshot running on an Android device purported to be the Nexus 5 running KitKat 4.4. 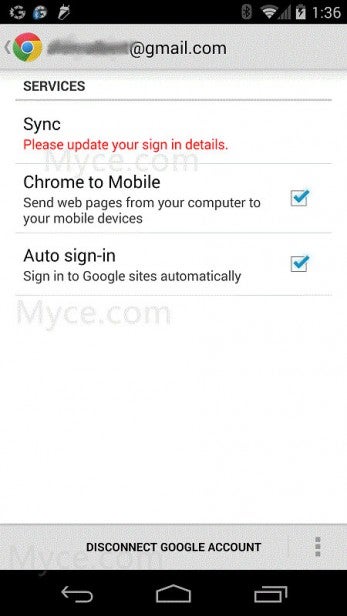 Thanks to a 9to5google.com who found a supposed Nexus 5 handset in a bar, the video below gives us the briefest of glimpses at the new Nexus and the Android 4.4 KitKat OS running on it. The eagle-eyed person attempts to dig deeper into the phone but only manages to see the boot animation before being met with the Android pattern lock.

The user known as dxxh, quizzed a Samsung UK rep about the European version of the new S Pen-toting handset not accepting SIM cards from other regions. When they asked the rep whether their Samsung Galaxy S3 would be subject to the same regional SIM lock issues the user posted the following:

It’s not just an OS for phones of course and there is plenty of talk that a new Nexus 10 could be the first Android tablet to get the Android 4.4 KitKat treatment. Google is tipped to swap Samsung for Asus for the latest 10-inch Nexus slate, and @eveleaks posted a picture of an alleged internal document mentioning the Asus Nexus 10. Of course, if Google does announce a new Nexus 10, you can pretty much guarantee it will be rocking Android 4.4 Kitkat when it launches. 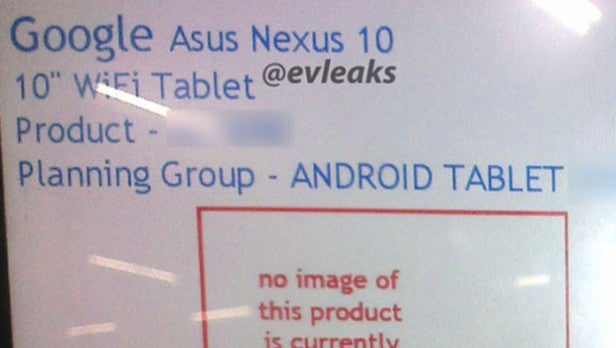 The confectionary company who lent the name of its chocolate bar to Google, did not however mention a specific day or reveal any details about features.

AndroidSAS claims it knows the exact Android 4.4 Kitkat release date and believes we can expect to buy it on the Nexus 5 on October 30th.The Nexus 4 was announced on October 29th and available to buy on November 13th.
As history shows us the Nexus 4 was announced as the first Android 4.2 Jelly Bean smartphone and the Samsung Galaxy Nexus before that was the first Android 4.0 Ice Cream Sandwich-running phone. It is highly likely that Google will use its forthcoming Nexus phone to showcase the latest Android OS update.
Next, read our Android 4.3 Jelly Bean review

Excited about Android 4.4 KitKat? Let us know your thoughts and what features you hope Google will introduce to improve the current Android OS.