Details are already trickling out about AMD’s upcoming Zen 2 microarchitecture – but what is it, and when will it land? Here’s our guide to the AMD Zen 2 release date, design, performance and more.

A brief history of Zen

Zen is AMD’s marketing name for a new type of microarchitecture (chip design) that features in computer processors.

AMD started work on Zen way back in 2012, and finally revealed the new architecture in 2015. Then in March 2017, AMD released the new Ryzen series of CPUs, which were the first AMD processors to feature Zen architecture.

Zen architecture replace the old Bulldozer family of processors, which were released in 2011. Thanks to design improvements, Zen offers faster and more energy-efficient computing – more on that later.

We’ve already reviewed AMD’s top-end Zen-based Ryzen 7 1800X, and the firm has promised lots more consumer Zen kit for the first half of this year

Zen 2 is basically the next evolution of the Zen architecture. AMD’s development roadmap has already confirmed that we’ll see a Zen 2 and a Zen 3, so it’s clear that Zen is here to stay for a while.

According to PC Games Hardware, Zen 2 will feature in the upcoming Pinnacle Ridge family of CPUs, which we’re expecting to see in early 2018. Unfortunately (and unsurprisingly), we haven’t heard any official word from AMD on an actual launch window, so take that with a pinch of salt. 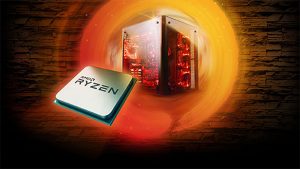 Ryzen is AMD’s latest series of CPUs, based on the new Zen microarchitecture

The best official details we have come from Dr. Lisa Su, CEO of AMD, who shed some light on Zen 2 during an ‘Ask Me Anything’ session on Reddit. Regarding a Zen 2 release date, Su said: “Can’t comment just yet on release timing, just tell you that we have a large team working on it.”

On the matter of performance, Su was equally vague: “In new product development, you always learn a lot and we have our list of things that we are adding to Zen 2 and Zen 3 to get even more performance going forward.”

But the good news is that it will be “better” at gaming: “You should expect gaming performance to only get better with time as the developers have more time with “Zen”,” said Su.

We’ll update this article with more frustratingly ambiguous marketing chatter as and when it arrives.

Zen 2 vs Zen: What’s the difference?

Zen is great, but there’s always room for improvement.

For a start, Zen CPU cores are built using a 14nm (nanometre) ‘FinFET’ manufacturing process. That’s a way of describing how densely the transistors on a chip can be packed. Transistors are like tiny electronic switches that allow computing to happen; transistors packed into a smaller space means greater energy efficiency for the same performance.

We’ve already seen a more efficient 10nm manufacturing process used for smartphone chips (see Snapdragon 835, Exynos 8895) in 2017, so it’s only a matter of time until computer CPUs catch up. Moving to a 10nm fabrication would be an easy way for Zen 2 CPU cores to offer significantly greater performance. 10nm is the same process size as Intel’s Cannonlake, which will be appearing in laptops in the second half of this year. 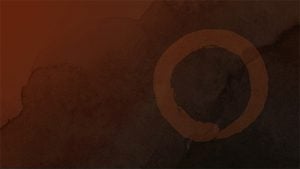 If AMD’s Zen 2 is even half as cool as this official Zen logo, we’ll be impressed

On the matter of moving to a 10nm design (and even 7nm), James Prior, AMD’s Head of CPU Business Development, said: “As a high performance chip design company, we will investigate any avenue that offers potential for more competitive products that deliver winning experiences.”

If Zen 2 does move to 10nm, we’ll see significant efficiency improvements across the entire system-on-a-chip. AMD may also opt to add additional components to the SoC too. However, rather than immediately changing process size, it’s more likely than AMD will stick with 14nm and optimise the heck out of it before moving on.

With that in mind, AMD is working hard at improving the IPC (instructions-per-clock). For reference, Ryzen achieved a 52% IPC improvement over its predecessor, according to AMD. But what does that actually mean?

Well, every processor has a clock-rate, which is the frequency at which a CPU is running – that’s how we describe how fast a processor is, in MHz or GHz (megahertz or gigahertz). But there’s a lesser known metric called IPC, which describes the average number of instructions executed per clock cycle. The higher a processor’s IPC is, the more tasks it gets done in a given time.

It’s likely that AMD will be working on ways to improve the IPC of Zen architecture. This may also involve working with major software companies, as IPC isn’t a fixed constant on processors – it depends heavily on how the processor interacts with a given piece of software.

What will this all ultimately mean? Well, according to hardware rumour mongers WCCFTech, we’ll see gains of between 5% and 15% for Zen 2’s IPC count – huzzah!

What do you think of AMD Zen 2? Let us know in the comments.