The AMD Radeon RX 6800 XT has officially launched, becoming one of the very first AMD graphics cards to be capable of 4K and ray tracing.

The 6800 XT may not be the most powerful graphics card in the new AMD Big Navi range (that accolade goes to the Radeon RX 6900 XT) but with a super-affordable price of £599/$649 and a more powerful performance than the AMD RX 6800, it may hit for sweet spot for the majority of gamers.

AMD claims the 6800 XT features a similar performance to Nvidia RTX 3080 graphics card, with Doom Eternal running in 4K at an average of 128fps. The new graphics card also supports a number of high-end features, including DirectX RayTracing and Variable Rate Shading.

Read on for more details on the 6800 XT and keep an eye on Trusted Reviews for our upcoming review.

The RX 6800 XT has officially launched, although it’s proving very difficult to find a retailer that still has the graphics card in stock.

We’ve already seen prices climb above the £600 mark for third-party models from the likes of Asus, MSI and Sapphire though, so finding a sample available at the starting price is gonig to be very hard going. 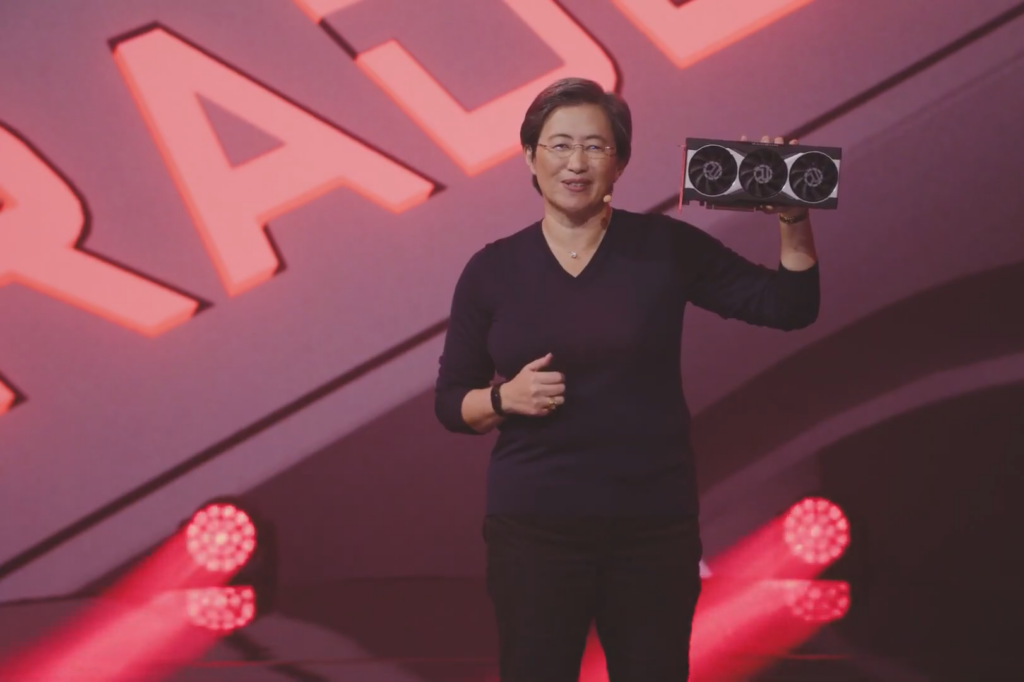 The 6800 XT graphics card runs on RDNA 2 architecture, which AMD claims boasts a 50% performance-per-watt improvement on the previous-generation GPUs.

With 72 compute units and a 2250MHz game clock speed, the RX 6800 XT packs a lot of power that enables it to run AAA games in 4K. AMD showed a number of benchmark scores which shows the RX 6800 XT offering similar performance speeds to Nvidia’s RTX 3080 graphics card. Doom Eternal in 4K clocked in at a whopping 128fps, for example.

The RX 6800 XT supports high-end features such as DirectX RayTracing and Variable Rate Shading. A couple of new games were confirmed to feature Ray Tracing support on the AMD graphics card, including World of Warcraft: Shadow Lands and Far Cry 6.

We’re waiting on review samples to arrive so we can test this new graphics card out for ourselves. For now, you can check out our AMD Radeon RX 6800 review.