Force Friday II is upon us, meaning Star Wars fans eagerly awaiting the next instalment of the Skywaker saga can indulge their dark side early by bagging Star Wars toys, clothes, gadgets, games and more for bargain prices.

And of course, it wouldn’t be a flash sale if Amazon didn’t have a trick or two up its sleeve. The retail giant has opened a new Star Wars store chock full of new merch that superfans will be falling over themselves to get hold of.

For Chewie fans who can’t get enough of the loveable Wookiee, there’s an awesome Lego Chewbacca Construction Toy up for grabs at £24.99, complete with his bowcaster and utility belt.

If building a mini Chewie is too small-scale for you, Amazon is also stocking the Star Wars Inventor Kit by littleBits at £99.99. This DIY droid kit comes with an open source system of color-coded electronic building blocks that snap together using magnets, bringing R2D2 to life before your eyes on your kitchen table. 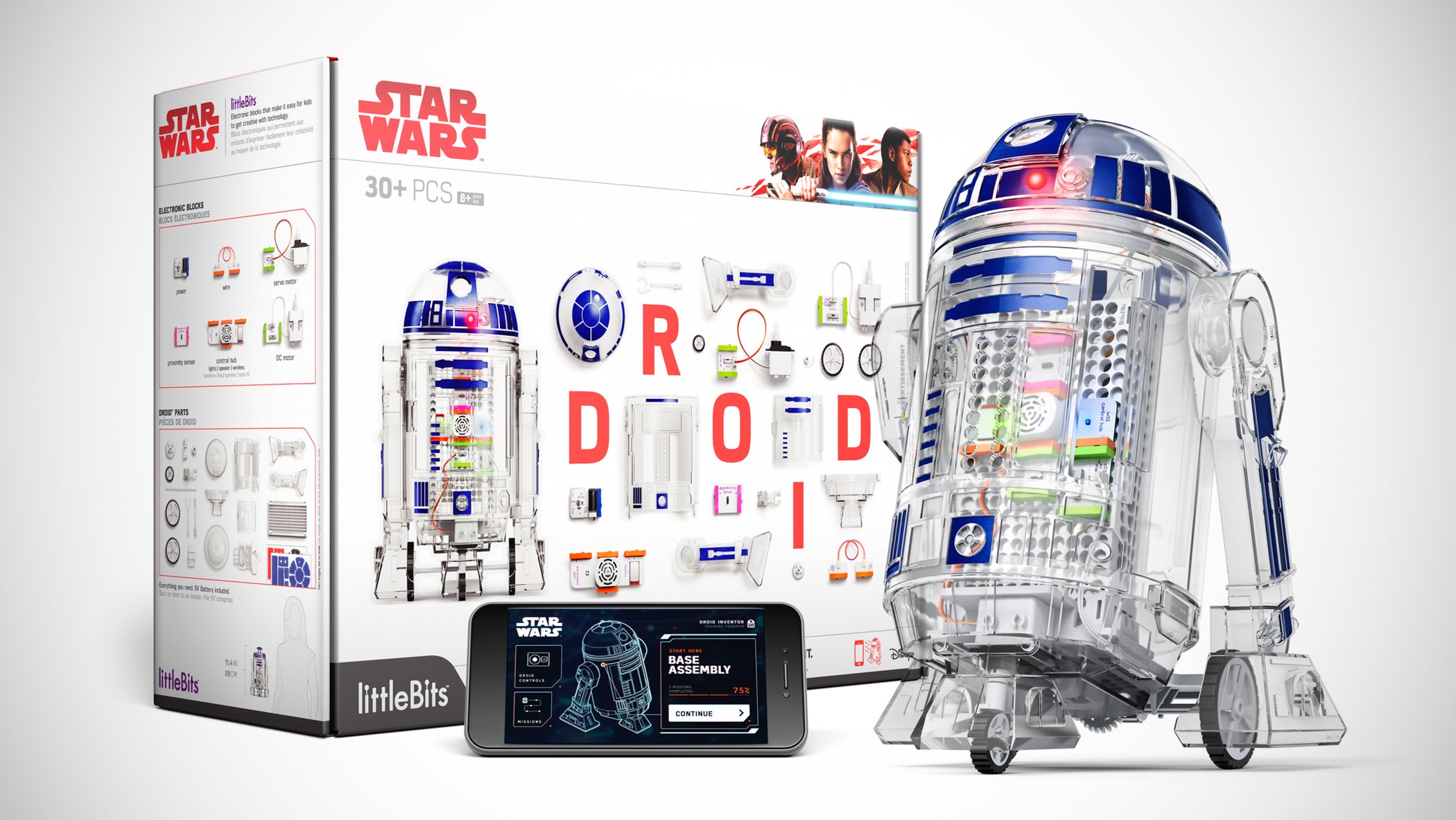 Get your build on with the Droid Inventor Kit by litteBits

Music fans might prefer the Official Star Wars Levitating Death Star Speaker, which beams tunes from a gravity defying orb. That’s on sale in the store for a cool £129.99. You can pop it next to your new 20-inch tall Storm Trooper EPVIII Big Fig Figure, which will set you back just £24.99.

And last but by no means least, you wouldn’t be a true superfan if you didn’t own your own lightsaber. The Blade Builders Path of the Force Lightsaber Game comes with a customisable base that lets you flip between both the rebel and the dark side, which saves you having to choose your allegiance at the checkout. You can grab that for £49.99.

Whatever side you’re on, there’s no denying that the toy lineup in Amazon’s Star Wars store is seriously tempting. Plus, there are still three long months to wait until the film gets released in the UK on December 4, so picking up an awesome toy straight from the Galaxy seems like the best way to kill time while you wait.

What do you think about the new Star Wars goodies up for grabs? Let us know on social media @TrustedReviews.