Amazon’s connected home controller and smart speaker, the Amazon Echo, has become somewhat of a cult hit since being released in mid-2015.

But for all its usefulness, the Echo was lacking in the portability department – something which Amazon has now fixed.

At 6.5 inches tall and 2.6 inches wide, the Tap is about the size of a UE Boom 2 and allows you to ask for music, hear the news, order a pizza, and all the other stuff Alexa is capable of by tapping the microphone button. 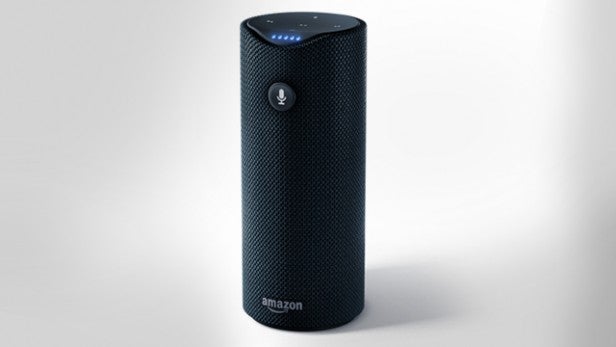 This means that unlike the Echo, you will have to hit the button to use Alexa, but this is likely down to conserving the battery.

The Tap also has dual stereo speakers with Dolby processing, charges by being placed in the included charging dock, and will stream up to nine hours of audio on a full charge.

Unlike the original Echo, the Amazon Tap can be pre-ordered for $129.99 by Prime and non-Prime customers alike through Amazon’s US website.

As with the Echo however, the Tap is only currently available in the US. 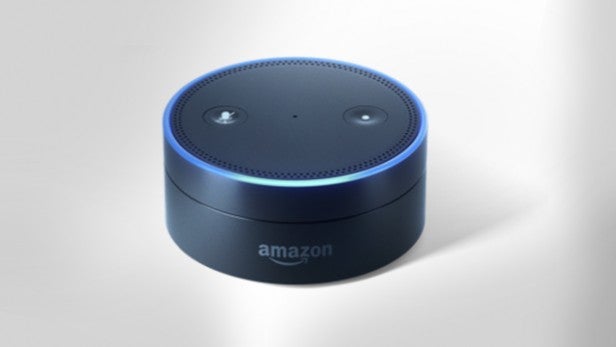 You can hook the Echo Dot up to your speakers with either an audio cable or via Bluetooth, to add voice control to your stereo system. It’s basically the Echo without the speaker.

Echo Dot is available for $89.99 exclusively for Prime members. To order the device you’ll have to say “Alexa, order an echo dot” into your Echo.