The title is expected to be released in May 2020. It’s Amazon’s first real foray into gaming and is set in a version of the 17th century that combines fantasy and real-world history.

In the new sneak peak, the developers emphasised the importance of team work and the quirks of the game’s island setting, Aeternum.

“When you first arrive on Aeternum you’re going to be kind of at ground zero. Your ship has crashed, there’s nobody around whose on your side,” said Dan Henuber, lead UX designer on the game.

There are four main enemy groups in the game. Firstly, ‘The Corrupted’ are sailors who have been, well… corrupted, by a sinister magical force on the island. They monitor the players activities and, if they see you excelling and building up your resources and your settlement, they’re likely to get aggressive.

‘The Lost’ are described as beings who “have eternal life, but have it without a soul” by player experience lead, David Verfaillie. They’re zombie-ghoul-type characters who haunt the game’s landscapes because they’ve died in some horrific way.

‘Angry Earth’ is the island’s own fight-back. Imagine the ents from Lord of the Rings but smaller, faster and angrier – then you’ll be somewhere near the mark.

Finally, ‘The Ancients’ are the remnants of a once great civilisation that lived on the island. You’ll find the ruins and leftovers of their settlements, as well as fighting animated skeletons who have been kept alive by the island’s mysterious powers. 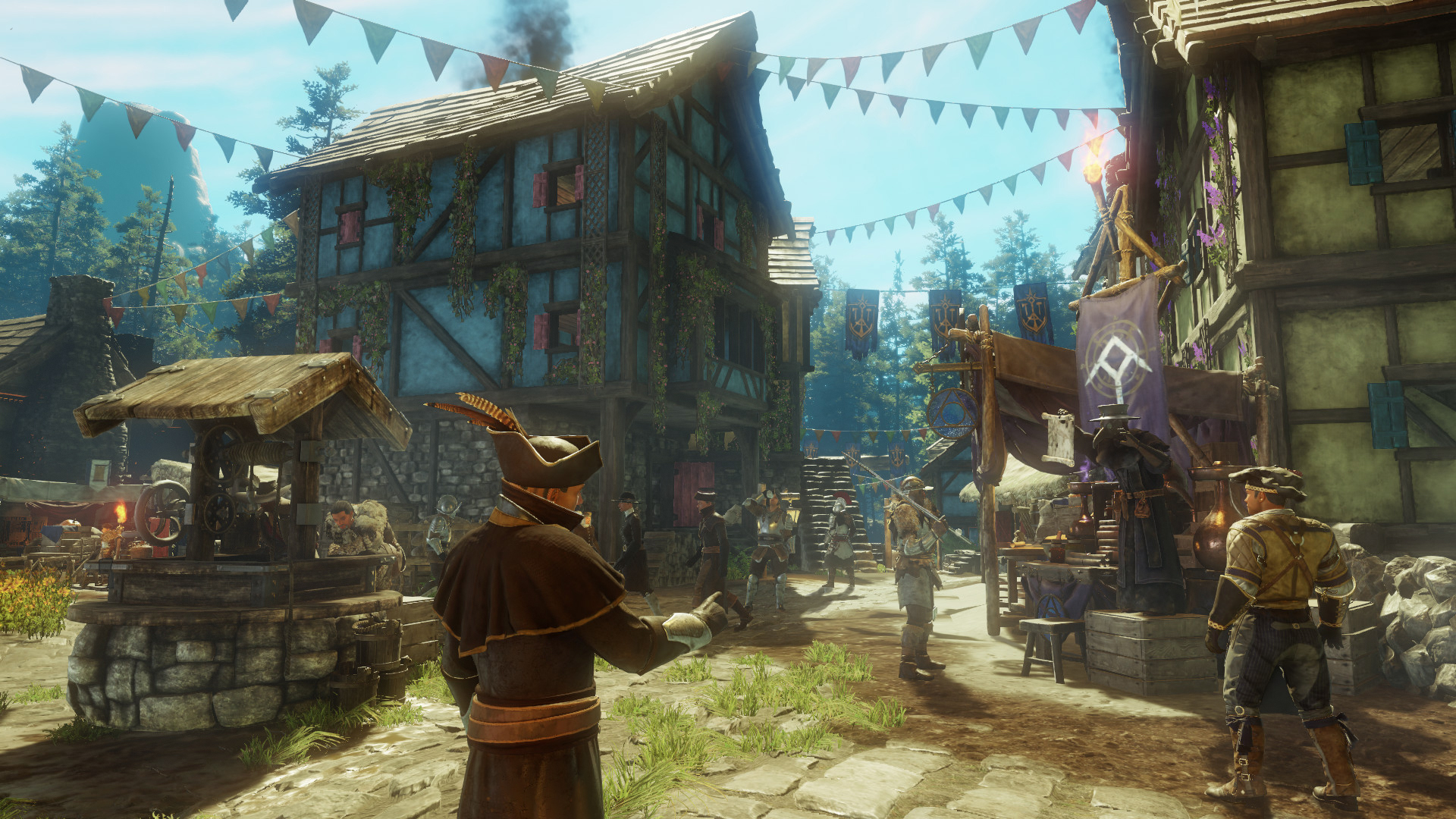 As well as the enemy factions, there are three playable factions that your shipwrecked explorer can become part of.

Having joined a faction, players can build and expand their own towns. But this will, eventually, attract unwanted aggressive attentions from the game’s enemy factions and from other players.

Players band together as ‘companies’ and settlement founders initially become the ‘Governor’ of the settlement they found. This looks like it will be an interesting mechanic within the game.

The developers wrote on NewWorld.com:

“A Settlement is where players own homes, craft, refine items, trade, take Faction Missions, and socialise. A Territory’s Fort is the major point of defence for a Territory. It is what comes under attack during War (PvP) and Invasion (PvE), and it’s where players need to go in order to claim an unclaimed Territory.

“During the early stages of the game, players must choose between one of the three Factions (more on them in a future Developer Blog). Once you choose a Faction, you can create or join a Company. When a Company is created, it inherits the Faction of its creator. Companies can gain and control a Territory and the Settlement or Fort that it contains.

“If the Territory is uncontrolled, this is as simple as paying the claim fee at the Territory’s Fort. If the Territory is already controlled by a Company, the Territory must be taken through War, which can only occur between companies that belong to different Factions. We’ll delve further into War and its other related mechanics in another article, so stay tuned for that.

Interestingly, players acting as Governor will be able to set missions for settlers, as well as setting tax levels for traders and much more.

Settlements can level up or down though, so decisions made by the Governor will be important for the prosperity of their territory.

Altogether, this could make New World’s environment an interesting and varied one in that it will be shaped, not just by the game’s developers, but by its players and the way they cooperate. 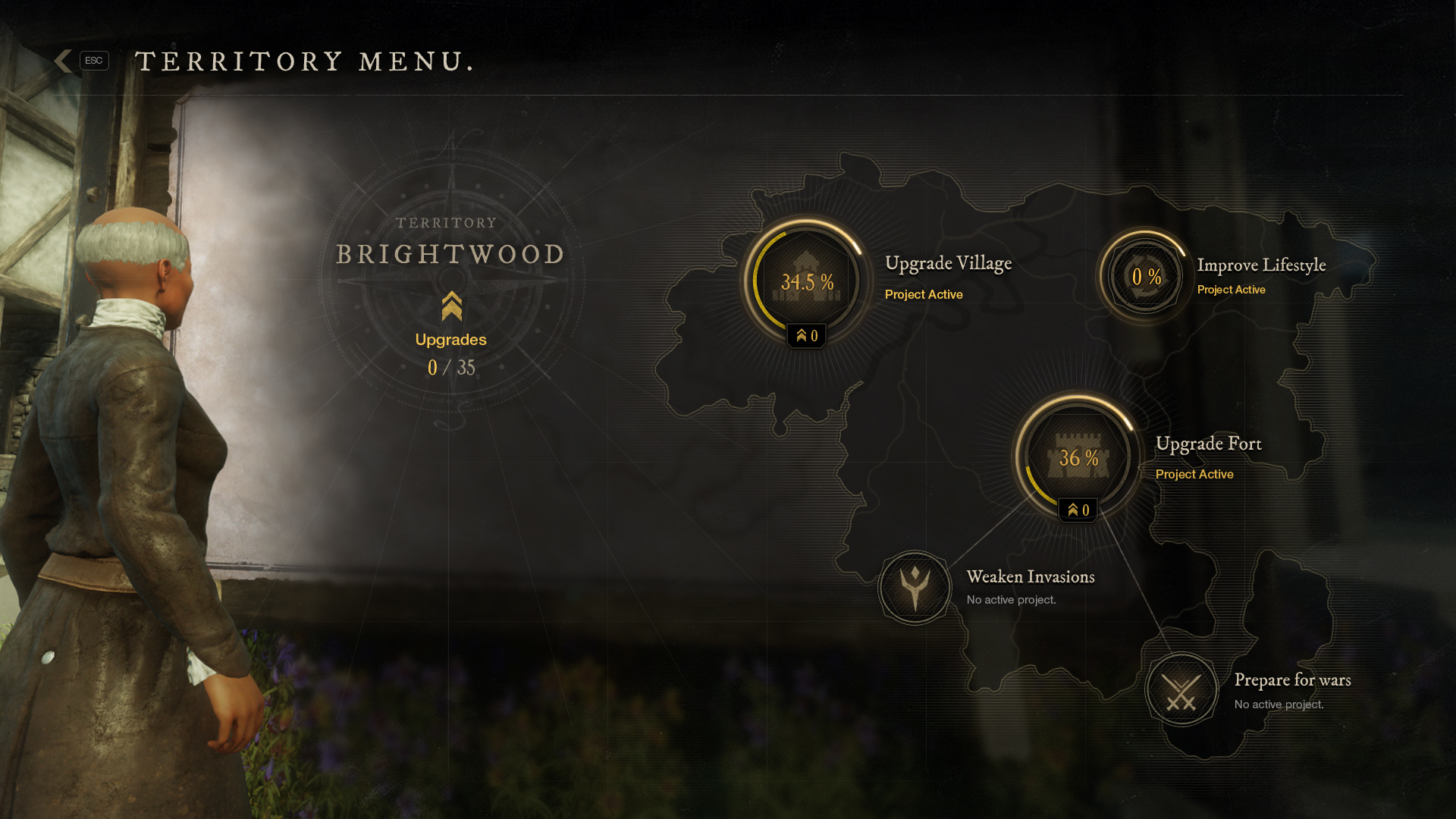 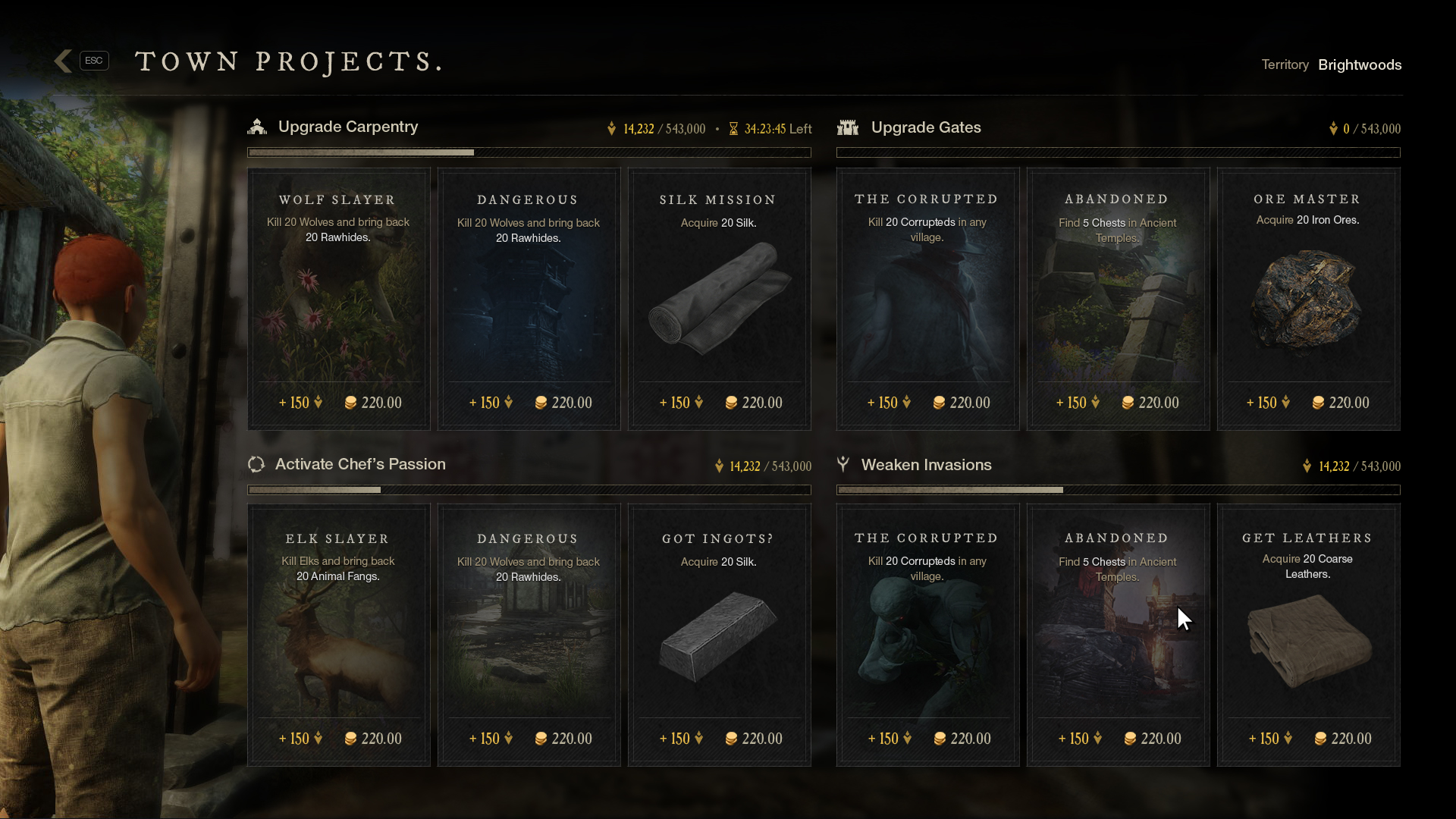