If you thought Amazon’s plans for drone delivery were pie in the sky, today’s news will make you believe the company is full of hot air.

The online retail giant has been granted a patent for giant airships, which it believes could act as warehouses from which it could dispatch Prime Air deliveries.

According to the patent, which was granted in April this year, the blimps would circle above key locations at altitudes of 45,000 feet.

The individual drones sent forth from the blimp would require little power as they would initially fall to earth, before motors kick in to guide them on the final stages of the journey. 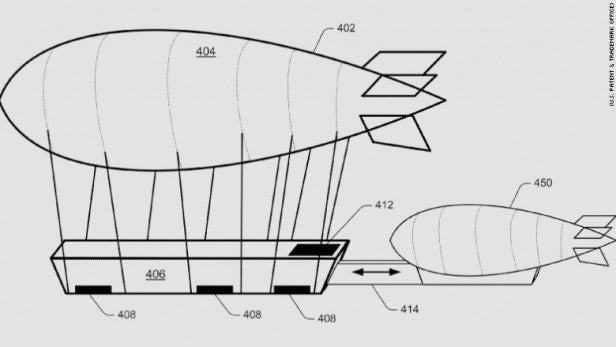 As they wouldn’t have a way to return to the ship, they’d be shuttled back in groups, the patent explains.

Needless to say there’d be huge obstacles to overcome before Amazon could put such a plan into action.

As items would be falling from 45,000 feet they could potentially interfere with commercial air traffic, while it’s unclear how the carrier drones could be accurate in delivering items to buyers in trafficked areas.

A potential way around would be to have a central location on the ground where people could pick them up. 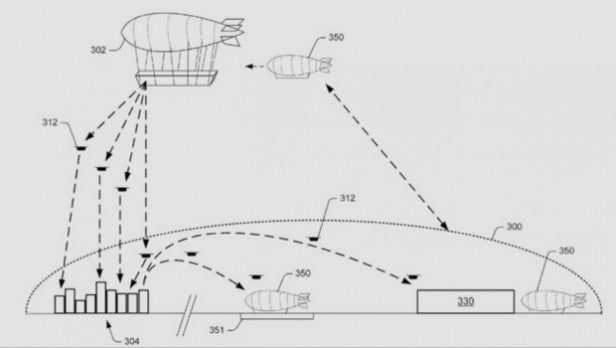 Such a system is likely years away, but in the meantime Amazon is pushing ahead with plans to get Prime Air up and running.

Last month the company completed its first delivery to a customer in Cambridge, UK, where it plans to expand beta testing to hundreds of customers eventually.

Do you think Amazon Prime Air will ever get off the ground? Share your thoughts below.