The disappearance of the Echo Show from the Amazon store told us that at least one new Echo device was coming soon. What we didn’t know was that Amazon was planning to revamp almost the entire line-up, and introduce two new products: the Echo Sub and the Amazon Smart Plug.

The Echo Dot has remained one of the most interesting and useful Alexa devices, offering a cheap way to introduce voice control to any room. With the new version, Amazon is promising better sound quality. Without having tested it, it’s likely that improved sound quality will make Alexa easier to hear, but we still can’t imagine this model being a great option for music.

However, a 3.5mm audio output and Bluetooth at least give options for hooking the Echo Dot up to a more powerful stereo system.

This time around, Amazon has reduced the seven-microphone array used in the original Echo Dot, replacing it with four far-field microphones. Presumably, the quality of the new microphones exceeds those in the original design, but we’ll have to wait until we get a review sample.

The one thing that we can say with certainty is that the new Echo Dot is far more attractive than the old one, finished with material around the edge. This makes it closer in looks to the Google Home Mini. It’s available for pre-order now and will launch on October 11 2018. 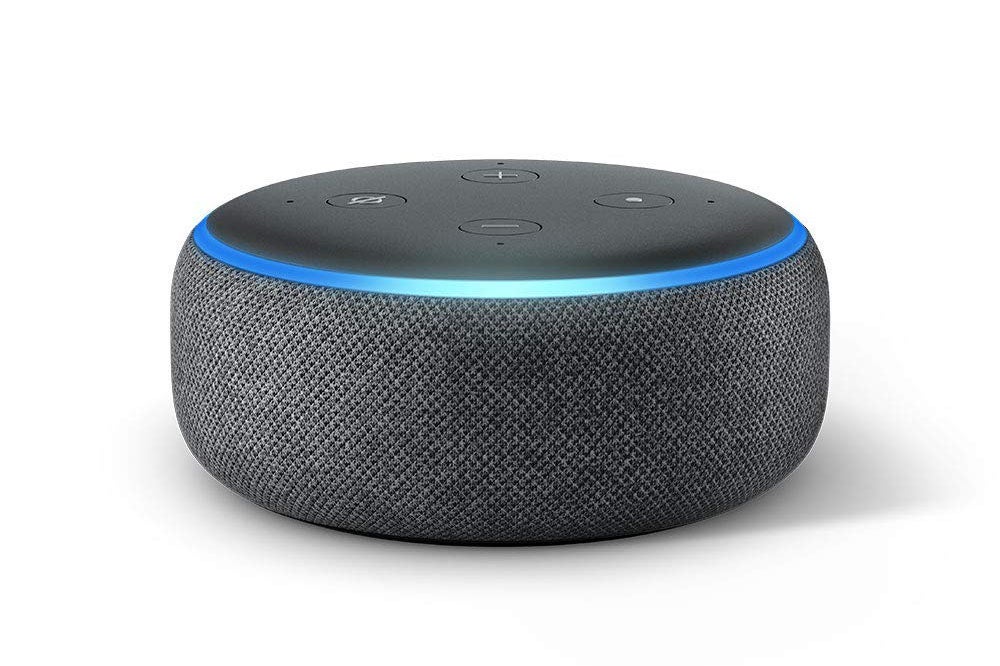 In many ways, the Echo Show was the best device Amazon had launched. With its built-in screen, the Show could respond visually and verbally to your requests, which made it easier to use. And, its 7-inch screen allowed you to watch Amazon Prime Video shows, too, with the high-quality audio proving to be clear and detailed.

With the new Echo Show, Amazon has upgraded the screen to a 10-inch HD affair, which should improve the video-watching experience. Dual 2-inch drivers, a passive bass radiator and Dolby processing should keep audio quality up.

While the original product was a little basic with its plastic body, the new Echo Show has a new fabric cover, making it look far more like a premium device.

Amazon has built a Zigbee hub into this model, so you can connect compatible devices directly to it, such as Philips Hue bulbs. That’s quite useful, though unless Amazon has revamped the software, direct control of Hue bulbs won’t be as good as if you bought a Hue Hub.

It’s good to see that Amazon is bringing notifications and two-way audio for your “front-door camera stream”. Presumably, this will let the Ring Video Doorbell 2 integrate more tightly with Alexa, which makes sense given that Amazon has purchased Ring. It’s not clear if other products will be supported, such as the Nest Hello. As with the Echo Dot (2nd Gen), the new Echo Show can be pre-ordered now and will launch on October 11 2018. 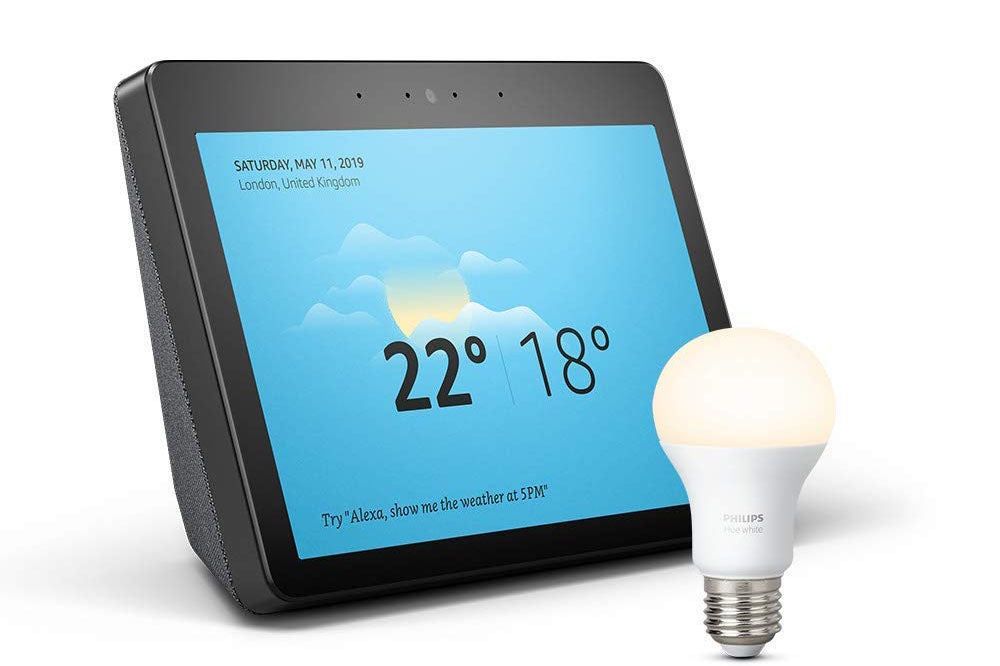 The original Echo Plus was basically an original Echo with slightly upgraded audio and a built-in Zigbee hub. This time around, the new Echo Plus still has the Zigbee hub, but is a 360-degree speaker, designed to eliminate the listening sweet spot and project quality audio throughout a room.

We have the same reservations about the Zigbee hub as for the Echo, and it’ll be interesting to see what, if anything, Amazon has done in-app to boost the range of available features.

We’ll have to wait until we get a review sample to test the audio quality of the Echo Plus, too. The new speaker can be pre-ordered now and will launch on October 11.

Related: What is Zigbee? 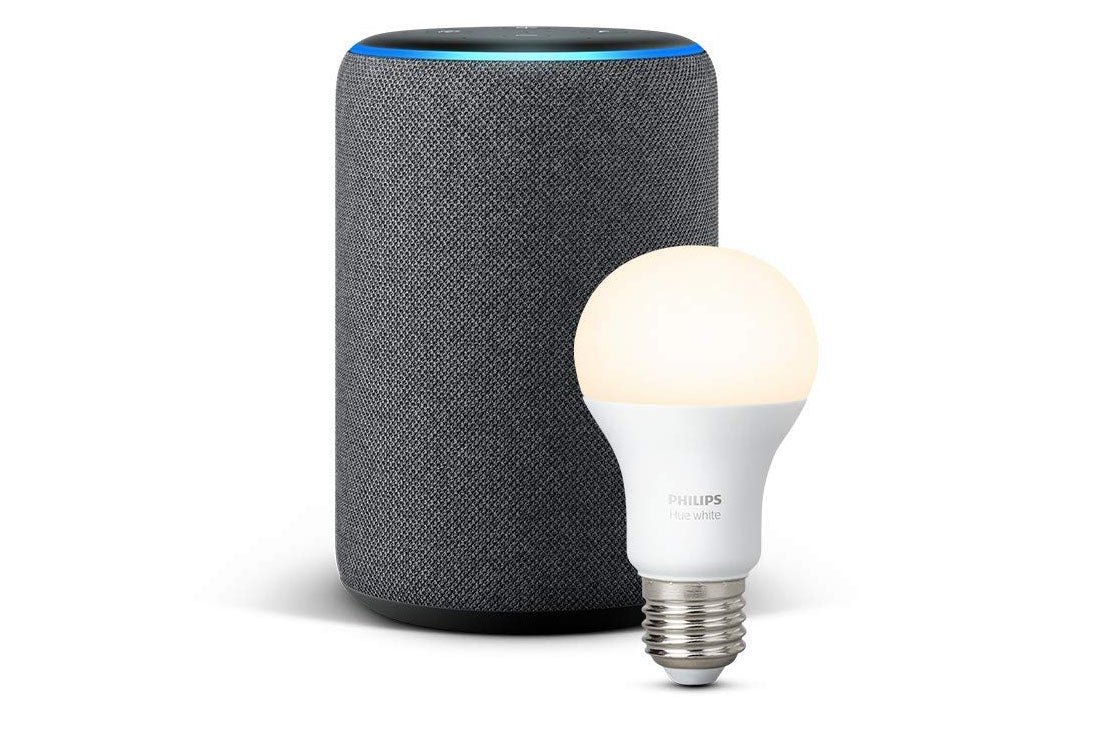 With the Google Home Max and Apple HomePod bringing dedicated music devices to the competitions smart speaker line-up, Amazon is now responding in its own way with a dedicated Sub.

Compatible with the Amazon Echo 2nd Generation and new Echo Plus, the 100W sub has a 6-inch woofer for boosting the bass from these smart speakers.

With a software update, the Echo 2nd Generation and Echo Plus can now be put into a stereo pair to further boost the audio power of the line-up. We’ll have to wait until we get our review sample to see how much difference the Sub makes. Available for pre-order now, the Echo Sub will be available on October 11 2018. 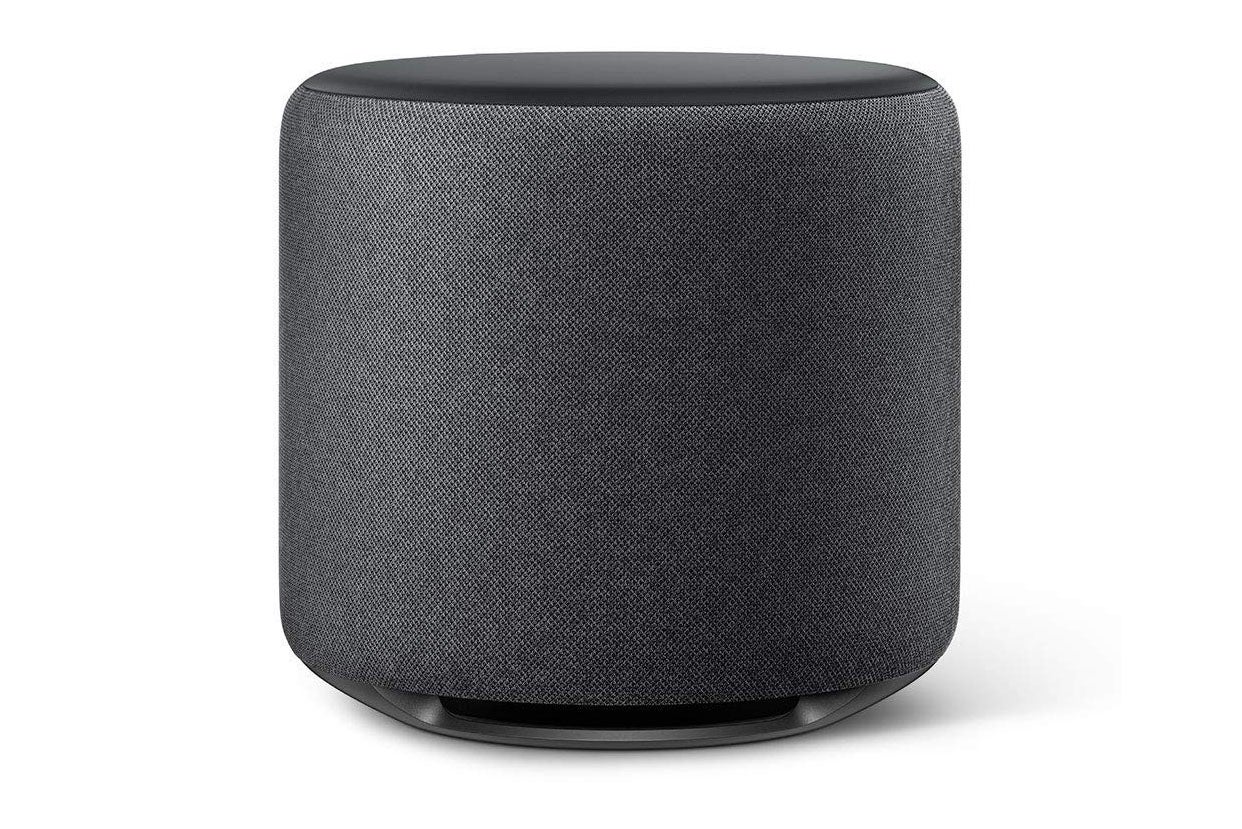 Rather than relying on third-party devices, Amazon is boosting its smart home presence with its first device, the Smart Plug. Integrating with Alexa, the smart plug can be controlled using your voice or directly from the Alexa App on your phone. It uses 2.4GHz Wi-Fi to connect to your home network, so doesn’t need a smarthome hub. You can pre-order the plug now and it will launch on October 11 2018. 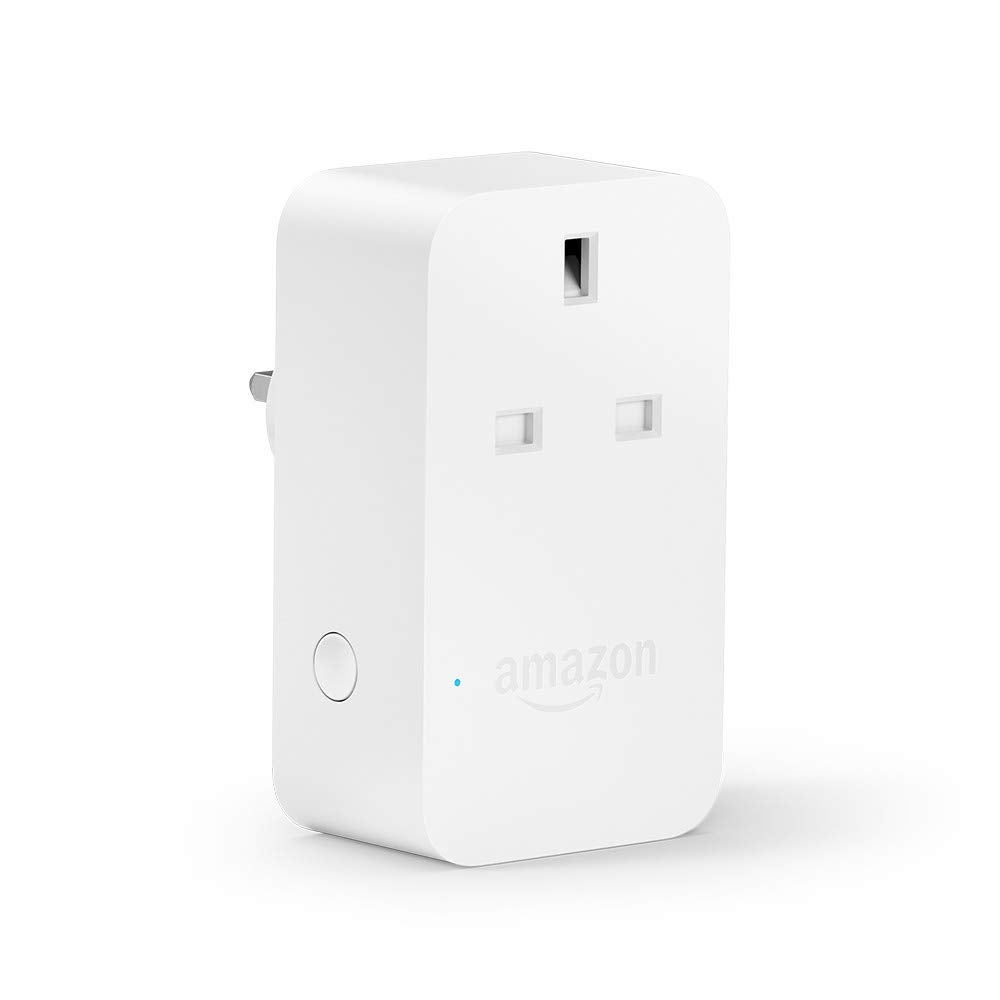 Amazon has also announced the Echo Input, which can be thought of as a Dot without a speaker. Why might you want that, you may ask? Well, the answer is so that you can make an existing dumb speaker smart. The Echo Input hooks up to a speaker via its 3.5mm audio output or Bluetooth, and gives you Alexa control through that. As a result, you save a bit of money over the Dot, and the Echo Input will cost just £34.99.

At just 12.5mm tall, the Echo Input is also tiny, so it takes up even less space than the Echo Dot. There’s no release date for the Echo Dot yet, but we’ll bring you more information as we have it. 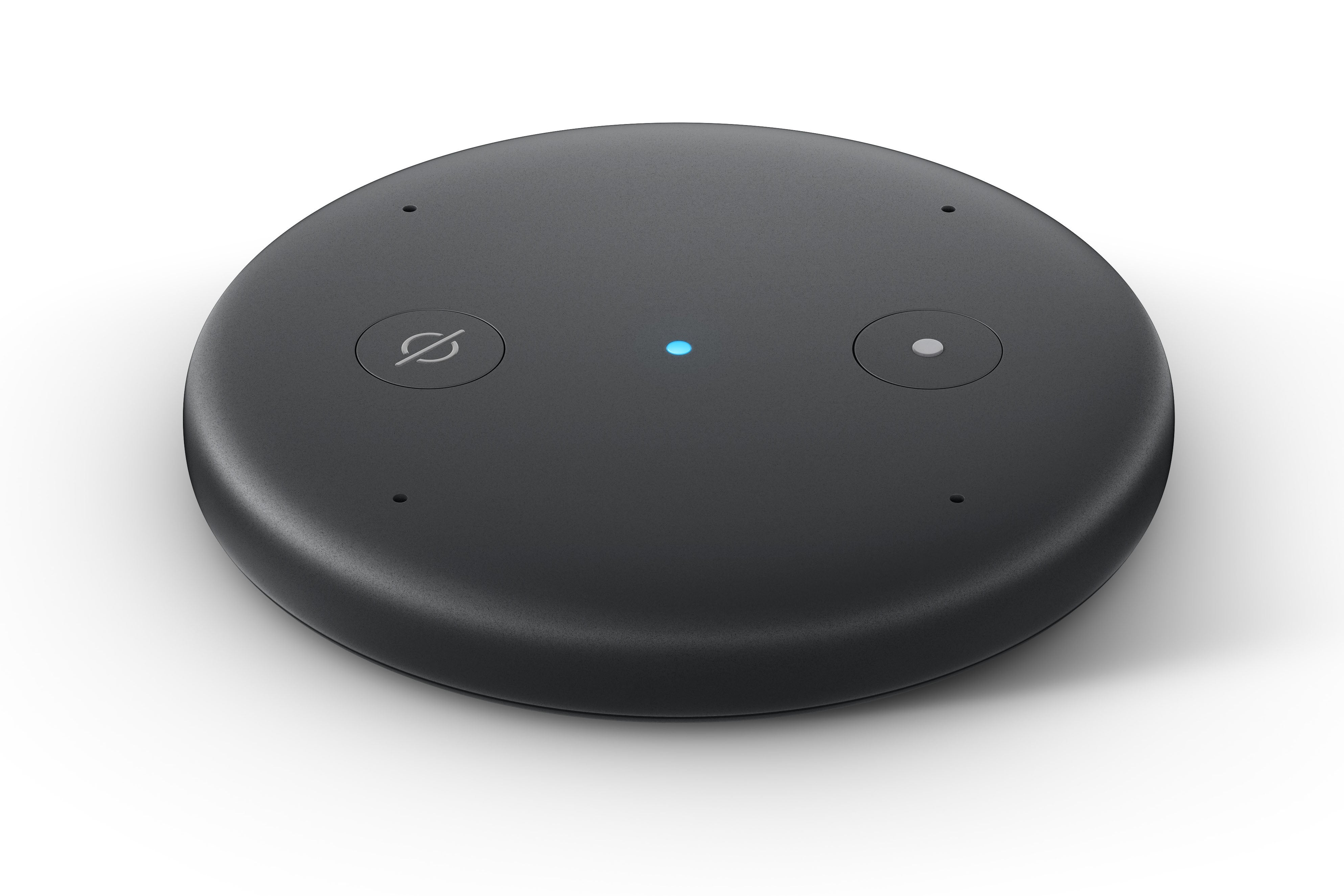