The Amazon Fire TV Cube is now on sale in the UK, but Brits are still waiting for this Echo / Fire TV hybrid. Here’s everything we know about the Alexa-powered box including the potential UK price, release date and Fire TV Cube features.

The Amazon Fire TV Cube is somewhat of a holy grail for the company’s die-hard fans. At its core, it’s an Amazon Echo Dot speaker combined with an Amazon Fire TV 4K set-top box, which loftily aims to be greater than the sum of its parts.

It’s now on sale in the US, but we’re still waiting for news on a price and release date for the UK. Here’s everything we know about the merger of Amazon’s most popular devices.

The Amazon Fire TV Cube promises to be the catch-all centre of any voice-controlled smart home.

Via the Echo Dot element it provides the full functionality of the Amazon Alexa assistant, complete with the far-field microphone array. That means it offers the ability to control any Alexa-compatible smart home gadgets, request music, news or podcasts, ask questions, consult the web, get weather forecasts, calendar events and traffic updates. In that respect it’s just like the Echo Dot.

Likewise, the Fire TV half of the device performs exactly how you’d expect. It offers access to 4K HDR content at 60 frames per second, when combined with an equally capable television set. 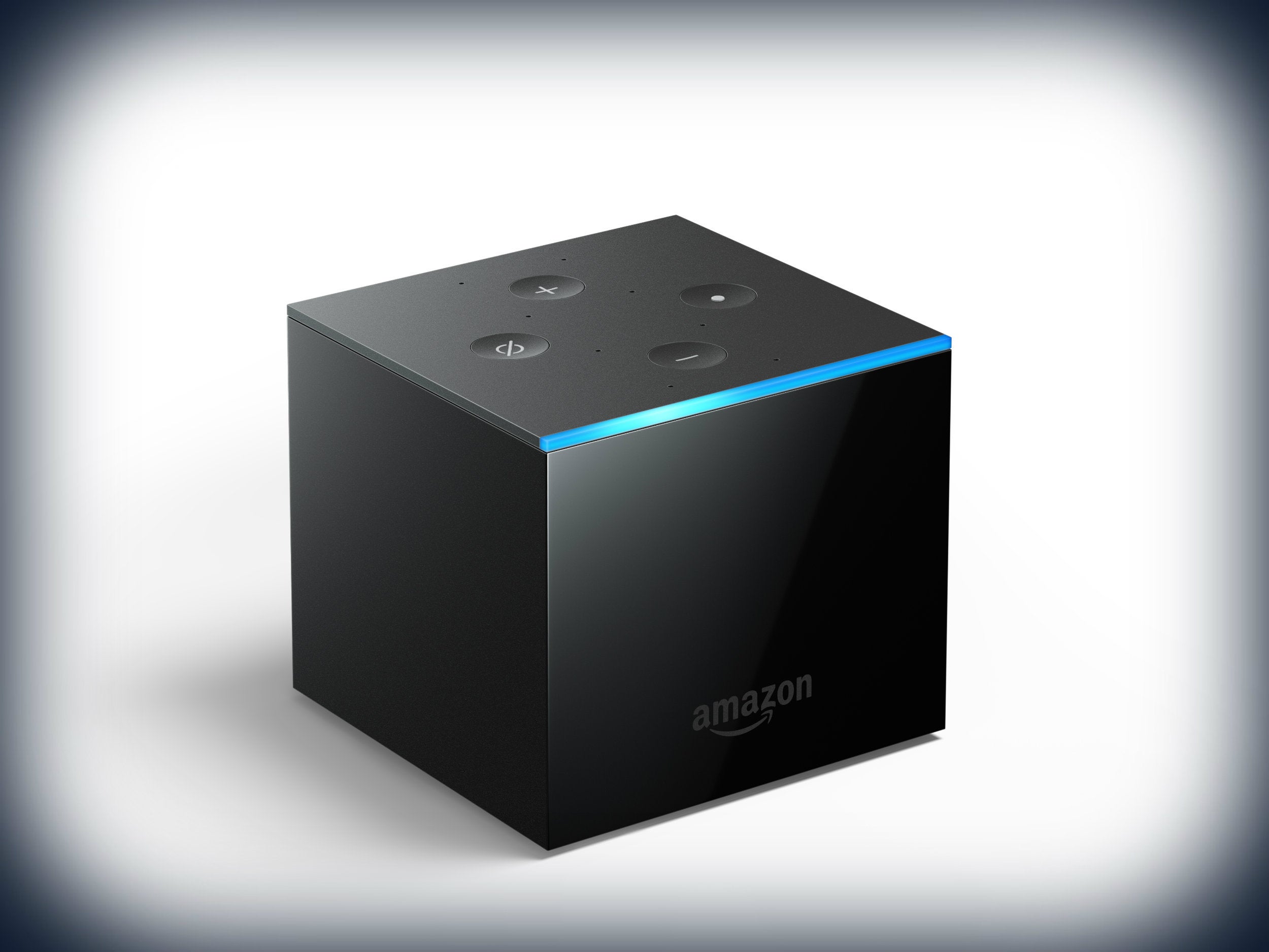 However, here’s the kicker: While the Fire TV range has offered Alexa-integration through a voice remote for quite some time, this is the first time it’s been available hands-free.

So you can play all of that glorious 4K 60fps HDR10 content without lifting a figure. It also supports Dolby Atmos, just like its set-top box stablemate. Naturally, all of the content accessible through Fire TV devices is available here too.

Here’s one of the unknowns. Will the sound quality be more Echo Dot or Echo Plus? In its review, Wired says its “on a par” with the Echo Dot. We’ll be putting that to the test ourselves upon the UK launch, but early indications are that you won’t want to ditch that soundbar just yet.

Whether full integration of the Echo and Fire TV devices is the ideal solution remains to be seen. As with the Echo speakers, consulting Alexa will interrupt any media playing through the speaker. While this isn’t such a bad thing with music, it remains to be seen how annoying and distracting this will be when it comes to the television experience. Those false positives whenever anyone in the room says something remotely resembling  “Alexa” could also be really annoying too.

The ‘Cube’ name isn’t misplaced, but it still manages to keep a relatively small footprint. The official dimensions are 3.4-inches x 3.4-inches x 3.0-inches (86.1 mm x 86.1 mm x 76.9 mm). Amazon says it has the full array of microphones you’d expect from other devices in the range, while there are +/- volume buttons and a dedicated Alexa button and another to turn the mics on and off.

The Fire TV Cube includes the infrared (IR) technology supported in most remote controls. This means it can communicate with some of the other gadgets in your home cinema set up that don’t have built-in access to Alexa. The Fire TV Cube also features an IR extender port and bundled cable making it easy to plug in these gadgets if they’re hidden from sight.

You can use Alexa to control a sound bar OR a receiver, but not both. Effectively, this functionality makes your voice a universal remote control.

Elsewhere, the device has an Ethernet port if you have sketchy Wi-Fi, a micro SD port, but no 3.5mm jack for connecting to superior speakers. Naturally, there’s a HDMI out for connecting to the TV (no cable in the box), while there’s also HDMI-CEC support for controlling compatible TVs via the voice commands.

The Fire TV Cube went on sale in the United States on June 21 for $119.99 (around £90), but there’s still no news on the UK price and release date. As with other devices in the range, don’t expect a fair dollar-to-pound conversion when Amazon prices up this thing.

Is the Fire Cube TV the smart home device you’ve been seeking? Or do you have concerns about putting all of your eggs in Amazon’s mighty basket? Drop us a line @TrustedReviews on Twitter.