Alpha Tales is a column dedicated to the weird and wonderful world of Steam Early Access.

HellSign is a little bit like playable Ghostbusters, if the Ghostbusters talked to one another like a group of lads on a stag night in Dagenham. HellSign’s dialogue features the most gratuitous use of the word “mate” I’ve ever heard in a video-game, to the point where I was beginning to believe my occult investigator was in it more for the bantz than the banshees.

It’s unfortunate that HellSign’s narrative mainly channels the spirit of Danny Dyer, because the core of the game has some serious potential. This is a tense, atmospheric, and at times genuinely chilling blend of isometric shooter and paranormal sleuth ‘em up. 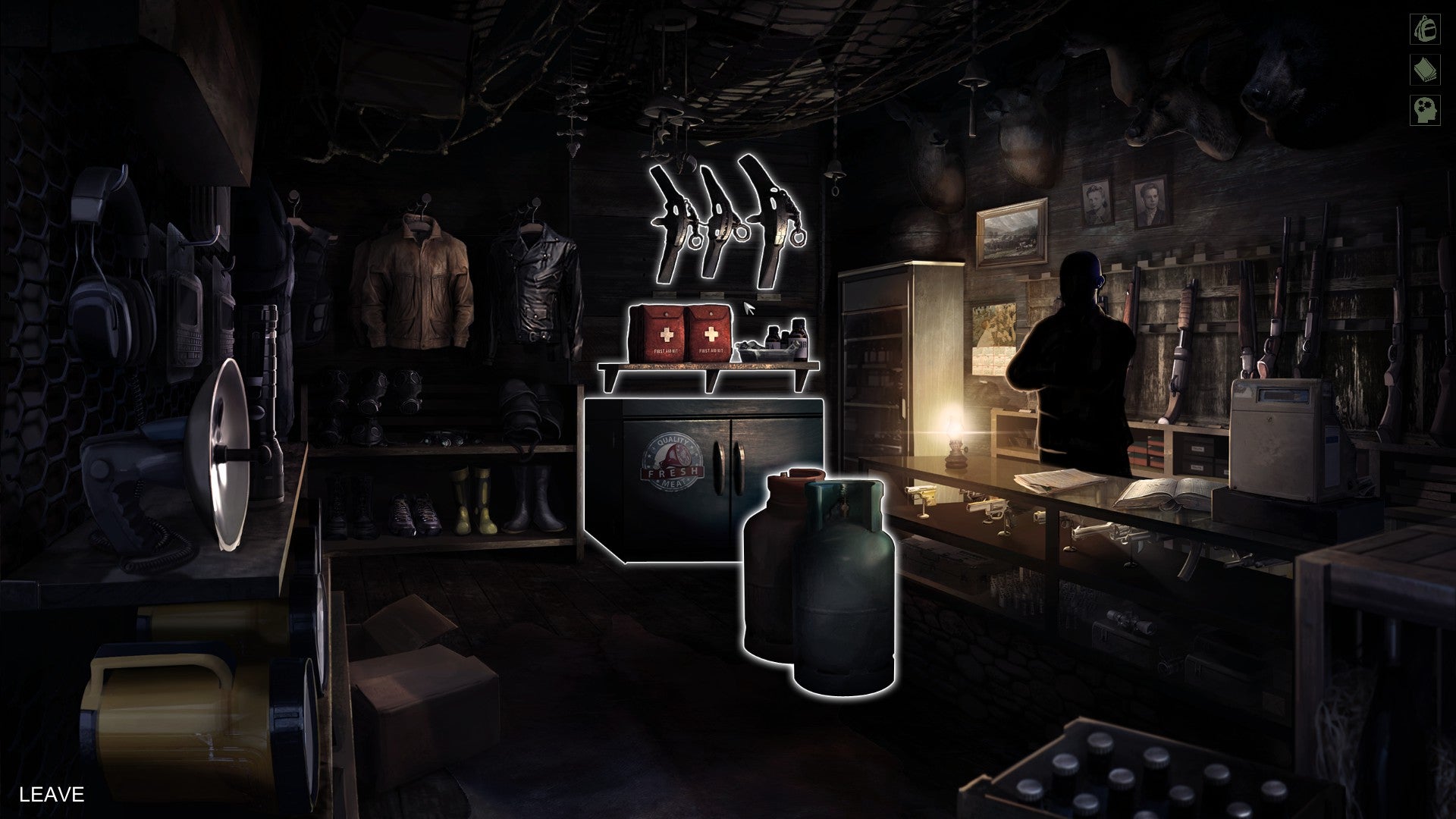 In HellSign, you assume the role of a rookie freelance ghost-hunter who takes on mercenary work investigating the unusually high amount of paranormal activity happening across the game’s city, although currently, all these events happen in the same type of procedurally generated house. When you roll up to a mission in your van (it is literally just a van. There’s no mystery behind this particular machine) your job is to figure out what kind of creature has been haunting that location.

Each building you investigate is filled with dozens of objects, a handful of which will conceal a clue. You can unveil these using a variety of tools, such as an electromagnetic frequency scanner, and a blacklight that can be used to highlight blood trails. Once you’ve collected enough clues, you can use your “cryptonomicon” to piece them together and identify the paranormal assailant.

Investigating houses is by far my favourite bit of HellSign. The systems themselves are relatively simple but the visual and audio design sells the concept brilliantly. The contrast between the dazzling beam of your torch and the purple glow produced by your blacklight creates an effectively eerie atmosphere. This is lent further weight by the audio design of your tools. The static crackle of your emf reader rises to an ear-splitting whine when you mouse-over the correct object. When you unlock the voice recorder the game’s dynamic ambience becomes creepier still, although I won’t specify how. 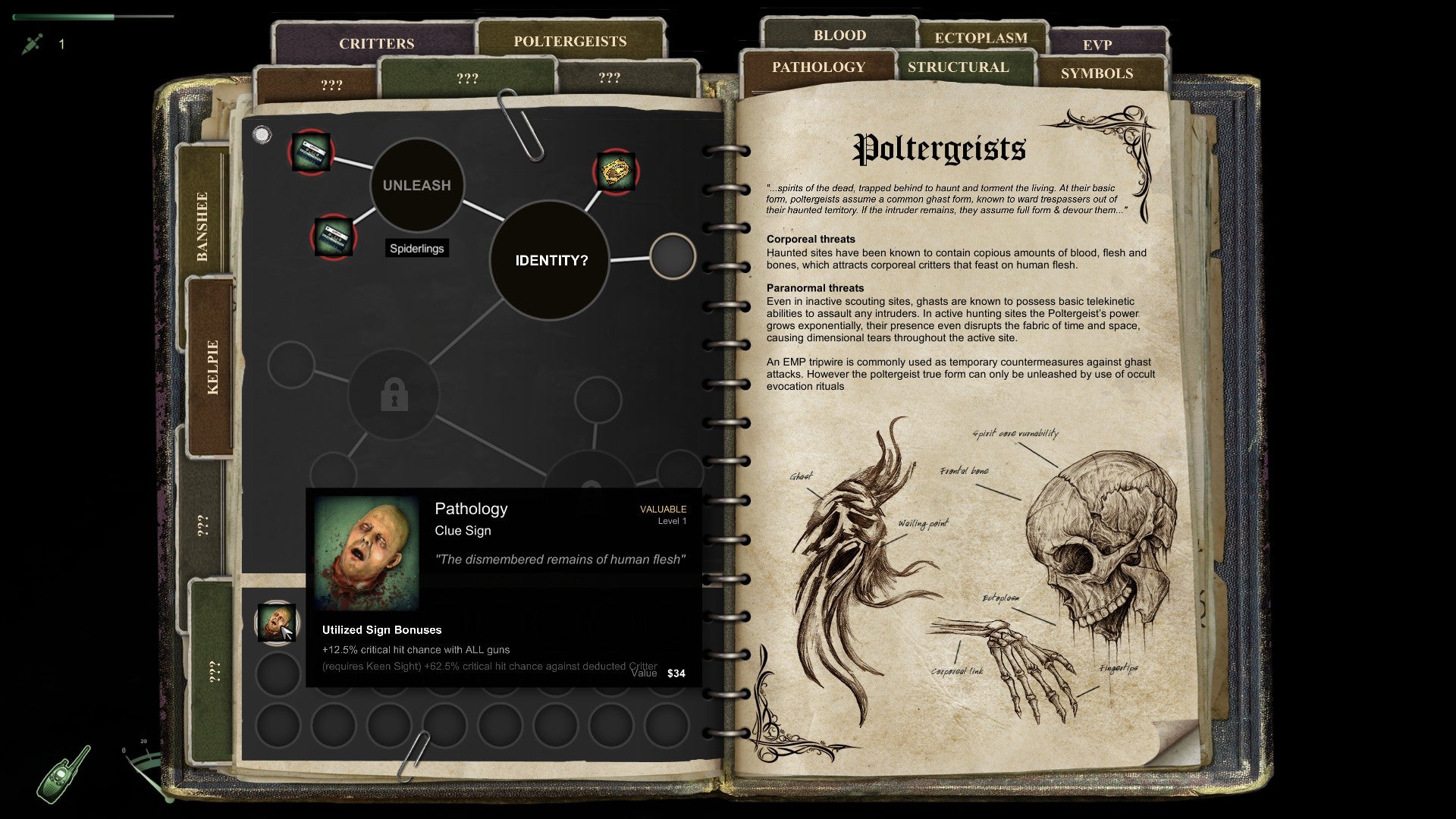 You identify beasties with this

While the investigative stuff is great, I’m less sold by the combat, which sees you blasting supernatural nasties with an assortment of weapons that range from pistols to machine guns. In the early game, these critters comprise almost entirely of spiders and giant centipedes, which are too numerous and not much fun to fight. HellSign cleverly has two aiming systems, one for larger enemies and one for smaller opponents that scuttle around on the floor, but this doesn’t stop the game’s creepy-crawlies from being more irritating than scary.

The combat becomes more tolerable once you buy a new weapon to replace your pathetic starting pistol, but I still wonder whether equipping your character with a gun of any kind is a wise move. The reason I say this is because HellSign has some powerful supernatural elements. It’s difficult to talk about these too much without spoiling them, but one example is its poltergeists. Most of the early investigations revolve around poltergeists. These are labelled as “Inactive”, which I think is the game’s way of saying you can’t fight them directly in the early game, but that doesn’t stop them from occasionally chucking furniture at you. When this happens, the whole building quakes, and you have a split second to dodge out of the way before a sofa or a table comes flying across the room.

In moments like this, HellSign is genuinely great, but blasting ghosts and ghouls with guns feels a bit wrong. I wish the investigations were more directly tied to the combat, with you using your knowledge gained in an investigation to banish the creatures directly, rather than simply gaining a damage bonus against it. 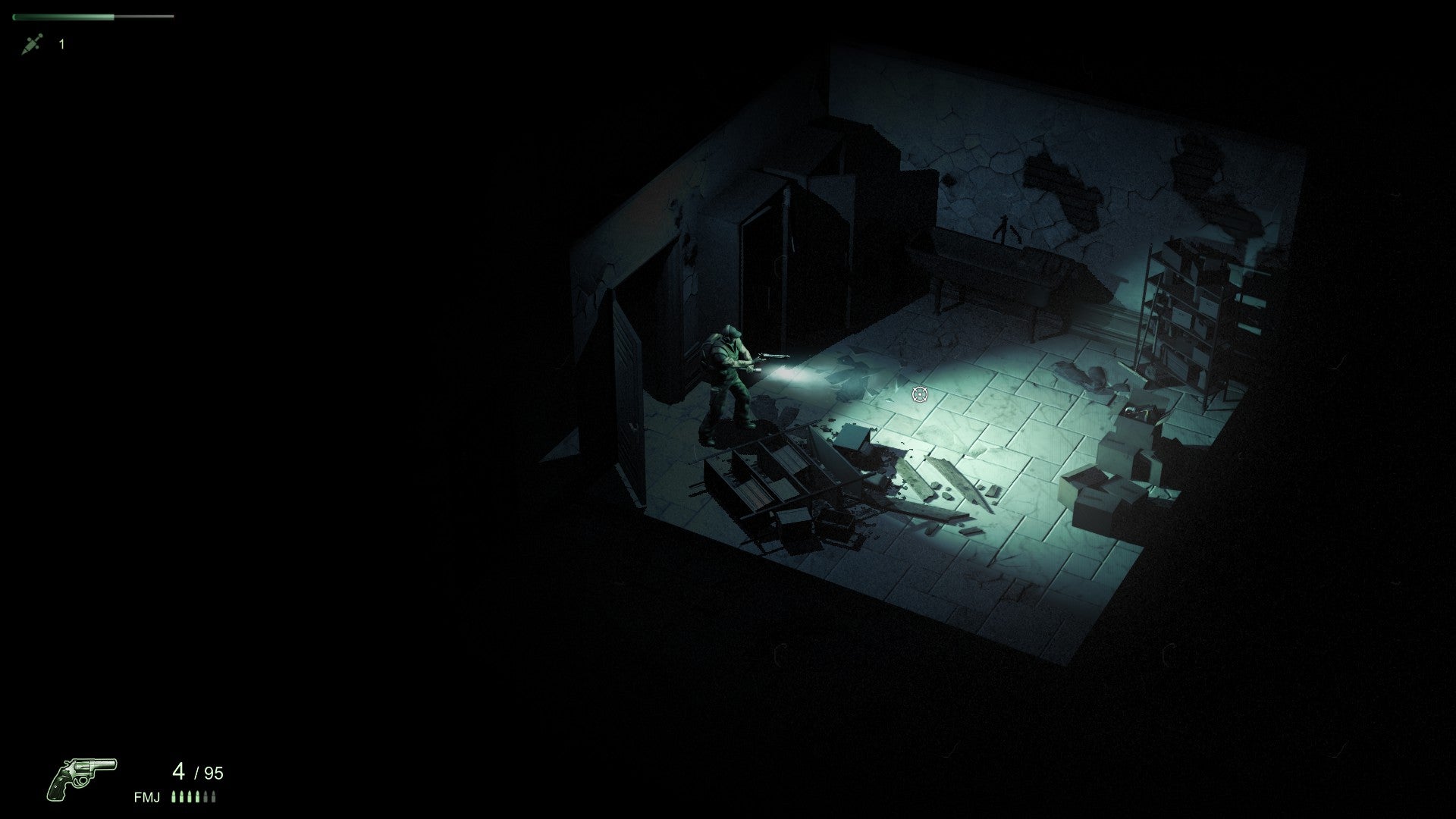 This concern about direction ties into my more general problem with HellSign in its current state. While the atmosphere on-mission is superb, the broader tone fits the game about as well as a bikini on a werewolf. As I mentioned, the writing is terrible, an insufferably macho, bro-tastic mess that doesn’t suit the game at all. I did laugh at a couple of its dumb jokes, particularly one about a character stealing another’s cat, but I feel like HellSign deserves a story that takes itself more seriously. Or at least, has the wherewithal to blend the humour in a way that doesn’t completely kill the tone.

The same goes for the art style outside of the main game, which adopts a bold comic-book aesthetic featuring characters that look as if they’ve come from the set of a budget eighties action movie. Again, it’s completely out of character with the game itself, which is dark and brooding and fraught with menace. I suppose HellSign could work as a goofy comedy, as the film I mentioned in the first line of this article shows. But the half-and-half approach HellSign currently adopts simply doesn’t work.

Alongside this are a few more general problems. The early game moves far too slowly, I should only have to investigate one or two bug-ridden houses before the game introduces some more substantive opponents. It’s also too difficult in the offing. The only thing more annoying than a giant centipede is a giant centipede that eats bullets for breakfast and can kill me in three hits. It’s just insulting, frankly. I don’t mind the game being challenging if that’s the route it wants to take, but at least make sure that whatever splatters my intestines across the floor couldn’t be stopped in real life by stepping on it.

The main thing to take away here, however, is that the core of HellSign is very promising. It’s spooky and innovative, and if the developers can elaborate on its light and sound-based mechanics, then it could be quite special. I can also live with the shooting provided it’s better balanced and paced, although I would prefer it to lean more heavily on its investigative systems. Either way, the developers definitely need to smooth out those tonal inconsistencies, and hiring a writer to handle the script wouldn’t hurt either. Stag dos in East London might be pretty terrifying, but I don’t think that’s the tone HellSign is aiming for.