After a flurry of headlines bemoaning bugs and security issues, Microsoft has put out a blog post detailing all the ways it actually has improved Windows 10 since it first launched.

It’s a fairly long list of improvements. And according to the company, every single one of the new features was inspired by comments from Windows Insiders – a team of noble volunteers trialling the latest versions of Windows 10, whose feedback has shaped the final product.

So, what did this community think was missing from the original package? Below are some of the shiny, new bits of functionality as requested by the users… 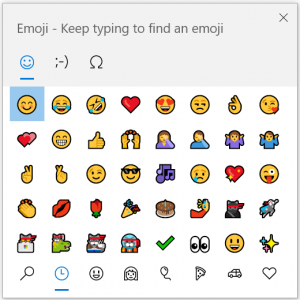 Number one on the list of important additions to Windows 10 was the ability to quickly access emoji faces – and also the ability to type these out as symbolic kamoji, should you prefer.

These can now be accessed by hitting the WIN+(Period) shortcut.

Let’s all give a hearty thank you to the Windows Insiders for telling Microsoft what the users really want and need. 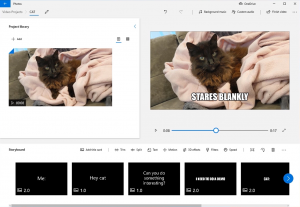 Apparently, the Windows community was also desperate for an easier way to make “funny” videos. Enter the new movie editor, which lets you splice together photos and lay text over the pictures.

In a statement that makes them sound sort-of like your dorky barely-ever-online uncle, Microsoft said that this sort of thing is essential, “especially if you’re on social media”.

Related: How to speed up Windows 10 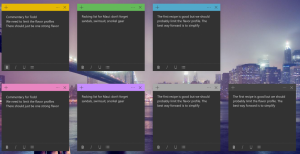 The obsession with Dark modes persists, despite research indicating that we need to rethink the current approach to blue light.

Happily ignoring this research and going with the trend, Microsoft has happily trotted out dark modes for its Sticky Notes app and the Xbox Game Bar. On top of this, the company has treated users to general Dark and Light themes, which are accessible through the settings panel. 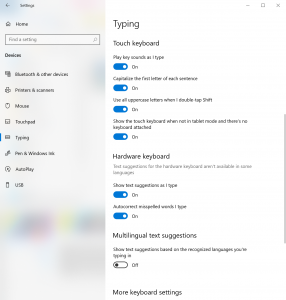 Delivering a slight burn to its userbase, Microsoft says that “spelling is something that many of us have struggled with at one point or another”.

Thanks to the laziness of the Windows Insider community your spelling woes will disappear, as Windows 10 will now type all the hard words for you. 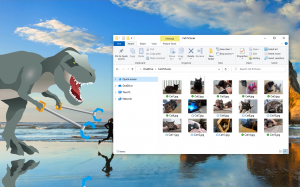 Among the list of cutesy updates, there are some practical new features worth mentioning too. OneDrive falls into the latter category.

The new OneDrive Files On-Demand hub means that users can access their files easily, without the docs taking up space on individual devices. Turning on this feature makes all your files appear in ‘File-Explorer’, which you can then access from any of your devices.

Related: Need to reinstall Windows 10? Here’s how to do it… 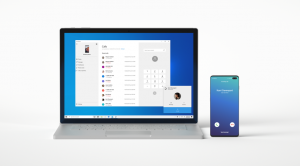 This PC-friendly app is another practical new feature from the Microsoft team, which lets you call and text from your desktop. Using this app, you can also sync your phone up with your monitor and get on-screen app notifications to boot.

Want to read the full list of user-requested changes? You can find the original blog post here.