Dell has unveiled a range of exciting new products set to launch in the coming months, and amongst them is a new gaming desktop from Alienware – the Aurora R11. It’s a powerful piece of kit, engineered with competitive gamers and esports lovers in mind.

Now available to pre-order, the Aurora R11 presents a surprisingly diverse PC gaming solution for players hoping to jump into the space, or veterans after a pre-built experience with enough specs to stand alongside next-generation consoles.

It will launch with a number of different configurations each with their own distinct specifications for those after a hugely capable machine or perhaps one with more modest innards. Trusted Reviews has compiled everything you need to know about Alienware Aurora R11, including all the latest news, price, specs and more. Alienware Aurora R11 release date – When is it coming out?

Dell and Alienware have confirmed that the Aurora 11 will be available in multiple configurations from July 21, 2020. This is only a couple of months away, so curious customers won’t have very long to wait.

Alienware Aurora R11 price – How much will it cost?

UK pricing remains unconfirmed for all models, although Alienware has said they will be available from $879.99. We’ll be sure to update this article once we learn more. 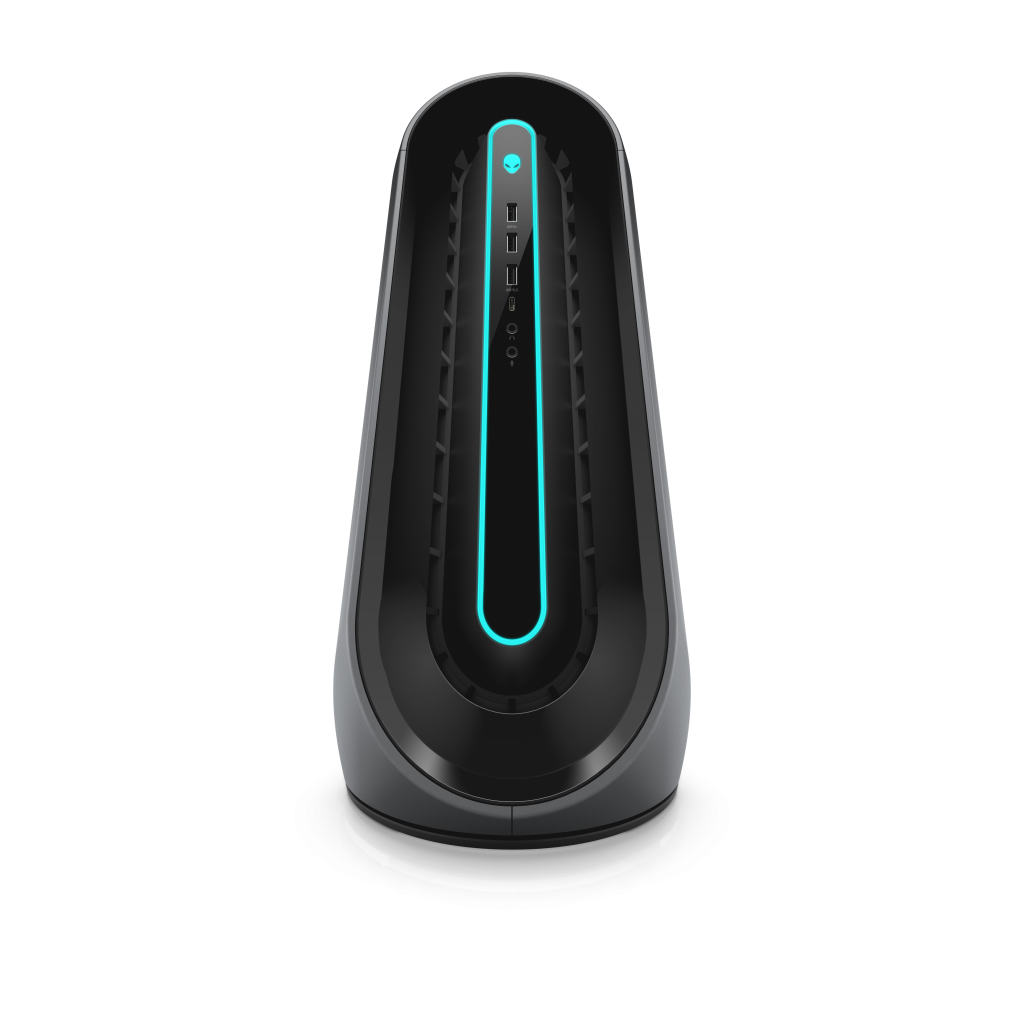 Alienware Aurora R11 specs – How powerful will it be?

As we mentioned earlier, the Aurora R11 is being developed with competitive gamers and esports enthusiasts in mind, which explains its rather impressive specs across all configurations including different CPU, GPU and memory options from a variety of companies.

In terms of graphics cards, the Aurora R11 will support GPUs up to the Nvidia RTX 2080 Super. If you’re after something less excessive, the lowest option is the Nvidia GTX 1650. The latter option won’t be capable of 4K resolutions and fanciful features such as ray tracing, but it’s still no slouch.

CPU options are equally diverse, ranging from the 10th generation S-series Intel Core i5 right up to the Intel Core i9, with options vastly influencing the overall price of each unit. Obviously, performance results will speak for themselves once we get round to benchmarking this computer. 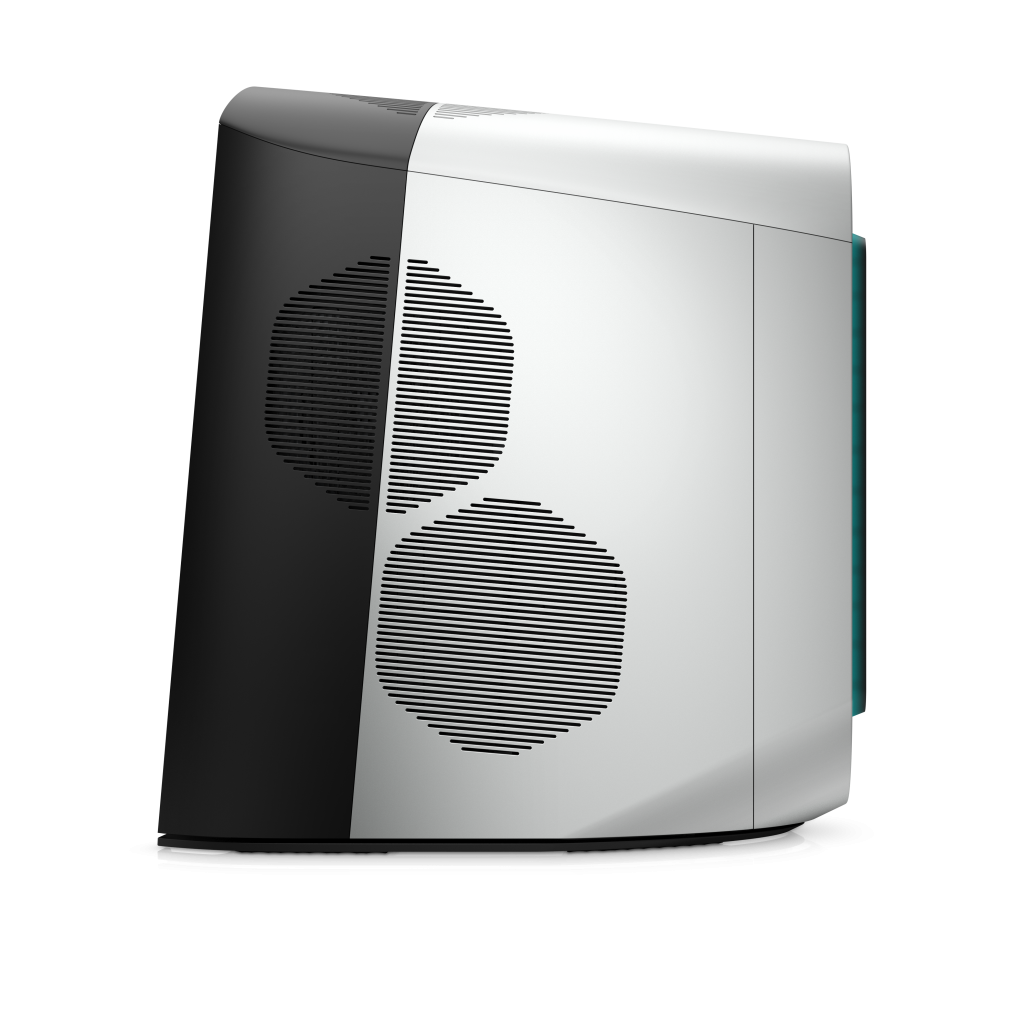 There’s an absurd number of options regarding RAM and storage devices, with consumers having the option to pick between traditional hard drive solutions or opt for an SSD for increased loading times across Windows itself and all surrounding applications. Single storage capacity options are available up to 2TB, although you can increase that up to 4TB with dual-storage drives.

RAM ranges from 8GB all the way to 64GB across a number of DDR4 variants. You can install extra memory if you so choose to, but it will increase the overall cost, so penny-pinching gamers may wish to adopt the lower presets.

While perhaps a little overkill for most, the Aurora R11 will feature liquid cooling graphics designed to improve heat dissipation and lower acoustics. It will also provide an opportunity for increased performance and higher headroom for potential overclocking if that’s something you’re hoping to pursue. It’s a cool feature to include, and one worth showing off to your tech-savvy friends. 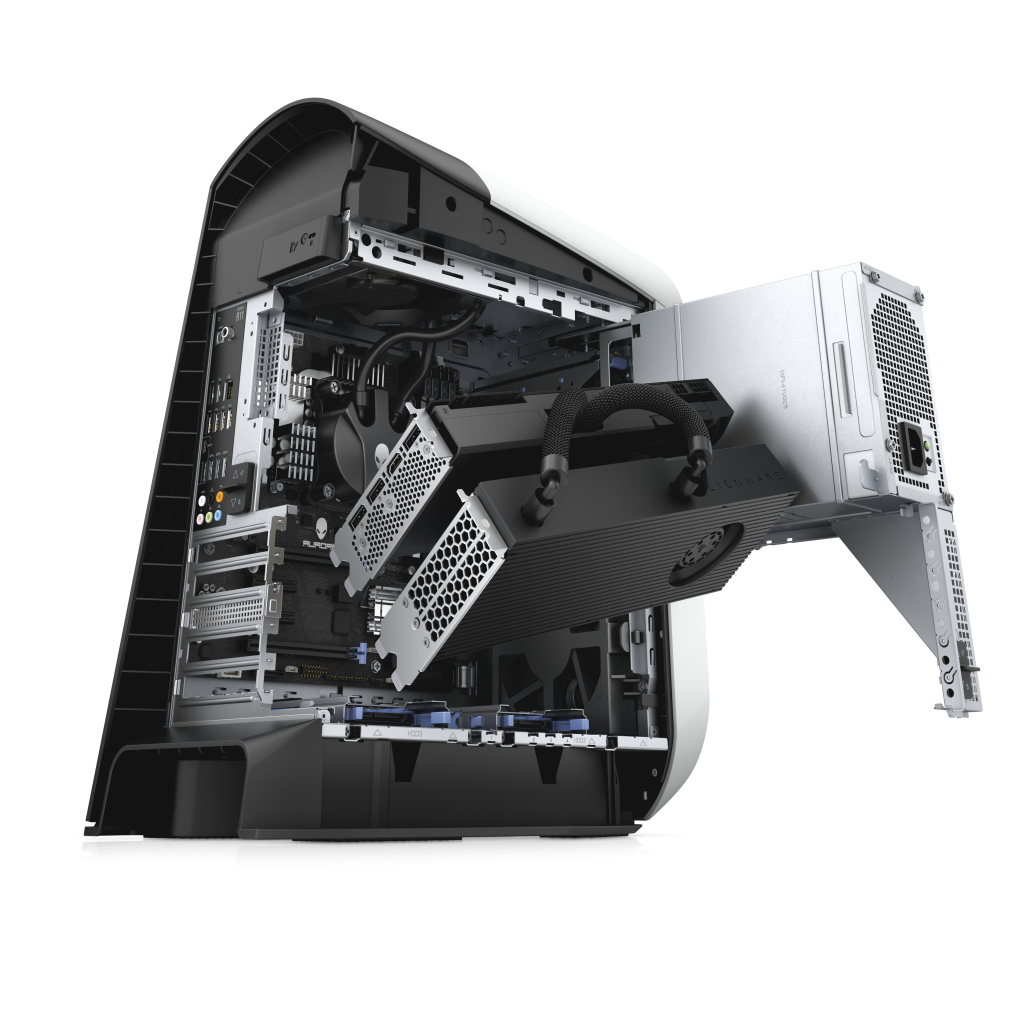 The Aurora R11 will also support the likes of Bluetooth 5.0, WiFi 6 and an assortment of other features you’d expect from a modern desktop. If you aim for one of the higher models, you likely won’t need to worry about upgrading for quite a few years. That is unless a drastic shift occurs in the world of graphics hardware, which ultimately seems unlikely.

Alienware Aurora R11 design – What does it look like?

Like many of Alienware’s previous desktop designs, the Aurora 11 is both stylish and unorthodox. It doesn’t follow the standard industry conventions with its unusual case design and is awash with a bunch of attractive lights which pulse when switched on and while you play a variety of games. For those wanting their gaming rig to stand out, Alienware has you covered.

Its overall dimensions are as follows:

As for connectors and ports, the Aurora R11 is packing an assortment of different ones which should please even the fussiest of PC gamers. This includes several USB 3.2 ports of the A and C variety alongside microphone, ethernet and headphone in/outputs. In many ways, its business as usual, with a bit of welcome excessiveness with its silly number of USB ports. The more, the merrier!