We thought the Airpods 3 would be the next true wireless earbud, but Apple has instead announced the AirPods Pro.

It has the features we felt were lacking with the original and the AirPod (2019) update. They’ll cost £249 and will go on sale October 30. For everything all the other details on the new AirPods Pro, keep reading.

AirPods Pro release date — When are they out?

Apple has been known for its ‘surprise’ product announcements, and we didn’t expect it to drop a new piece of hardware without a bit of fanfare, but that’s been the case with the new version of the AirPods

It seems analyst Ming-Chi Kuo was correct again when he said in April 2019 that two new AirPods will go into production in late 2019, one of which would feature an “all-new form factor design” and sell for a higher price.

The other will be what we think are the AirPods 3, and we expect those to come in early 2020, if Kuo proves to be correct about that as well.

Related: Everything we know about AirPods 3

AirPods Pro price – How much do they cost?

The AirPods Pro have a price tag befitting their name. They’ll cost £249. That’s £50 more than the current AirPods.

However, that doesn’t make them the most expensive true wireless earbud – that title still belongs to B&O’s BeoPlay E8 2.0.

The AirPods Pro have undergone drastic redesign. The narrow stem is still present, but the earbuds are bigger and there are flexible silicone ear-tips too. Hopefully that’ll make for a better fit and better noise isolation.

When we heard noise cancellation was being considered for the AirPods (2019), we felt the design needed a serious overhaul to make it work and it looks like the Cupertino giant has finally seen the light.

There’s no confirmation that it’ll be available in different colours yet, as Google has done with the new Google Pixel Buds 2.

Active noise cancellation has been high on the wish list, and our wish has been granted!

It uses two microphones combined with advanced software that adapts to each individual ear and fit, removing background noise in the process. The AirPods Pro come out at the same time as Amazon’s Echo Buds, but Amazon’s take on it is much more affordable.

Transparency Mode is Apple’s take on Ambient Sound, so the user can choose to decide whether they want to listen to music and simultaneously hear what’s around them. It does so by using a pressure vent system and software that can calculate the right amount of noise cancellation so people can listen to their environment.

Switching between Transparency Mode and Noise Cancellation is possible through a force sensor on the stem. You can also skip and pause tracks or answer calls with this new feature. Volume control is relegated to the Control Centre on an iOS device, or if you have an Apple Watch, tapping the AirPlay when music is being played. 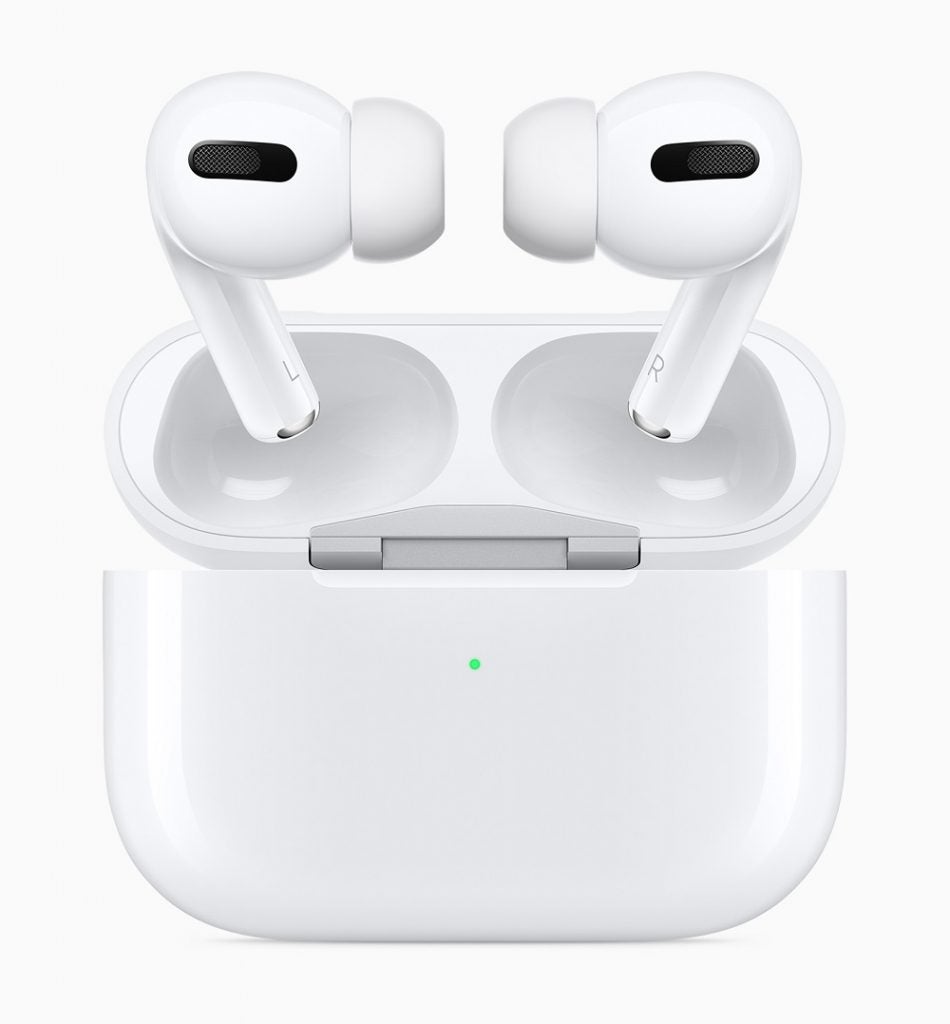 Apple has never really specified whether the AirPods are sweat-proof or water-resistant. The Pro version will be, making them much more suitable to those who carry out active lifestyles with a rating of IPX4.

Like the current AirPods, they offer 5 hours of listening time. With ANC on that drops to 4.5 hours and 3.5 hours of ‘talk time’ on a single charge.

The charging case looks to be slightly bigger, and can carry over 24 hours of charge. They also support wireless charging through a QI charging mat or connection via a Lightning port.

Another feature is Audio Sharing, which lets the user share the same song or watch the same movie by bringing a second pair of AirPods close to an iPhone or an iPad.