After months and months of rumours, speculation and leaks, Apple quietly unveiled the new AirPods 2 earphones during the same week it announced the iPad Mini 5, iPad Air 2019 and updated iMac.

The original AirPods (read our Airpods 2019 review) were Apple’s first completely wireless earphones, and have become hugely popular. You can instantly tell an Apple user from anyone else once you spot the AirPods dangling from their ears during the morning commute.

In some ways the original offered fantastic quality, and in other important ways they fell short. Since then, the competition has only intensified and the release of the new AirPods allows Apple to reassert its position in the true wireless earbud market.

So what’s changed, what’s been improved and should you trade your old AirPods in for the AirPods 2?

If you have the original AirPods and are looking to upgrade, then price is one of the more important factors to consider. Apple offers the new AirPods in a variety of options, so the price differs depending on what you want.

The base price for the new AirPods is the same as the originals, at £159/$159. That version comes with the old charging case.

Apple, however, has also released a new charging case that supports Qi charging. If you want the new AirPods with the new wireless charging case, that will set you back £199/$199.

Existing AirPods users who aren’t interested in the new AirPods but do want the new wireless charging case, however, can buy that separately for £79/$79.

You can buy them from Apple.com and through the Apple Store app right now. They’ll be available in brick and mortar Apple Stores shortly.

On the face of it, there’s not a huge difference, if any, between the old model and the new AirPods. The form factor is the same, dangling out of the ear with that toothbrush-like look.

The expectation ahead of the big reveal was that a black finish would be made available, but that has not materialised, with Apple sticking with the glossy white colour scheme of old.

If you weren’t a fan of the original design, there’s nothing the new AirPods 2 offer in this department that will change your opinion.

Apple claims the H1 chip produces a faster, more stable connection than before. Considering the first-gen AirPods already had a very strong Bluetooth connection, more of the same is appreciated.

Switching from one active device to another is claimed to be twice as fast, making for a more seamless operation. Call time with the new AirPods has also been extended, with Apple saying they deliver up to 50% more talk time.

Gaming enthusiasts should take note of the claimed lower gaming latency too. Apple says they’ve driven it down by up to 30%, suggesting you should experience better audio experience when playing games on an iPhone, iPad or iPod.

We haven’t yet had the chance to try out the new AirPods, but we’ll be putting all of the above to the test when we get our ears around them. 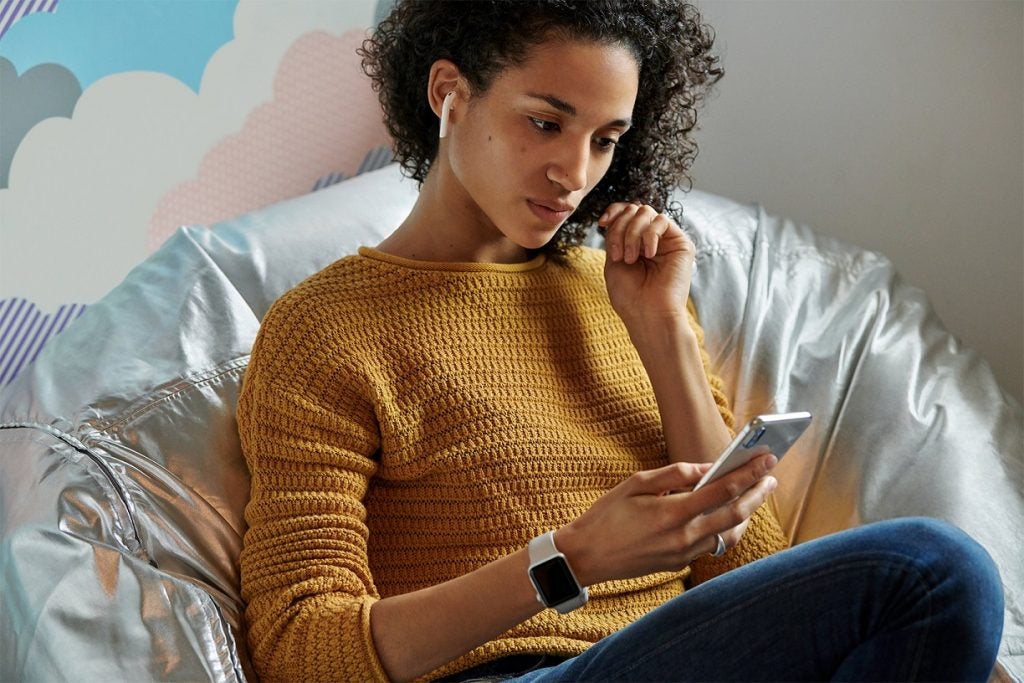 Siri voice operation has also been bundled in. Previously, you had to double-tap the earphones to activate Siri. With the new AirPods that is no longer necessary. Users can now say “Hey, Siri” and the voice assistant will spring into life, making it easier to change songs, make a call, change the volume or get directions.

Nothing has changed in terms of battery life. Apple says you’ll get five hours from a single charge, which remains an industry leading figure. Putting the AirPods back in the case for 15 minutes is said to provide three hours of music playback and two hours of talk time. That’s exactly the same as the original.

The new AirPods manage to pack in more useful features into its tiny frame than before. While they’re not groundbreaking, they appear to be a solid refinement, focusing on what the first-gen AirPods did well and improving on them. 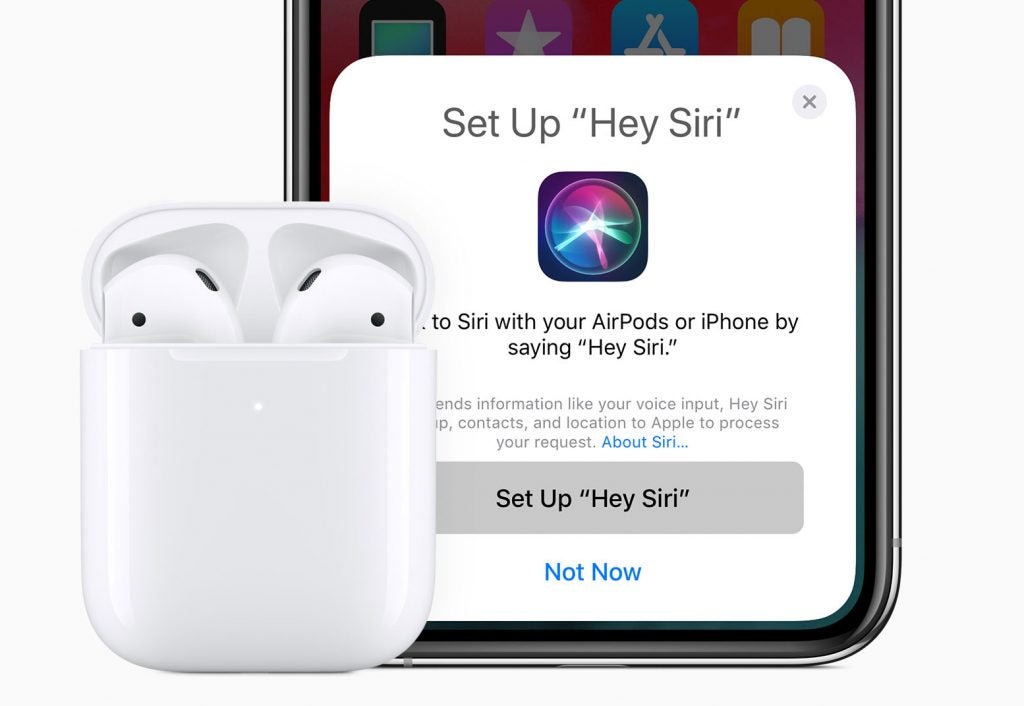 Arguably the biggest development is that there’s a new version of the charging case, with fancy Qi charging skills.

All you need do is place the case on a Qi compatible charging mat and that’s it. Just don’t mention AirPower.

The LED indicator on the front, another new addition, will let you know when your AirPods are charging. The charging case packs in more than 24 hours of battery life into its frame, exactly the same as the old case. It also weighs two grams more, if that makes any difference.

Since they’ve just been announced, we haven’t had a chance to get our mitts on the new AirPods, but suffice to say this is one area in which Apple could improve on.

The originals offered average sound quality and new entrants in the market have boosted expectations of the quality of audio a true wireless earbud can offer.

We can at least look forward to a reliably ‘sticky’ Bluetooth experience from the new AirPods. The originals’ audio signal rarely if ever dropped during use, which is something we can’t say about Apple’s rivals in this area.

AirPods 2 vs AirPods − In summary

It’s too early to draw a verdict on whether the new AirPods are better than the originals. We can say they look promising, with the new H1 chip supposedly set to offer better performance and improvements in areas Apple was already strong in.

The audio performance is still something of an unknown though. So far, none of Apple’s forays into headphones have resulted in truly excellent sound. You could also argue that the new AirPods aren’t a true generational leap either in terms of features, offering a number of welcome improvements but nothing groundbreaking.

We’ll have to get our hands on the new AirPods first before we can draw any firm conclusions.