Acer has overhauled its gaming line-up, launching five new laptops and a new desktop at CES 2017, including something truly outrageous.

The new kit all takes advantage of Intel’s new 7th-gen Kaby Lake processors and Nvidia’s 10-series graphics cards. Oh, and there’s the matter of a curved-screen laptop that’ll set you back nearly £9,000.

Acer has been vying with Asus’ GX800 as the silliest laptop you can buy, but in announcing the price and specifics of the Predator 21 X laptop (first revealed at IFA), Acer steals the crown quite easily. 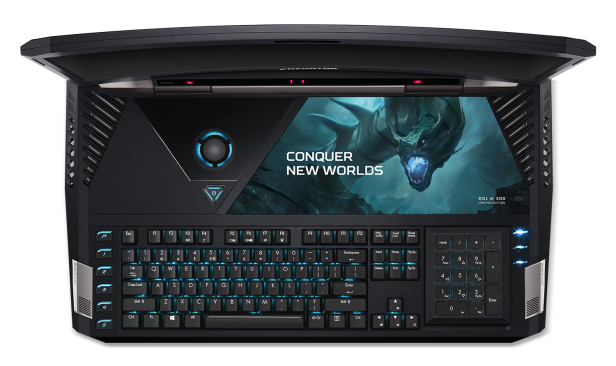 Inside you get two Nvidia GeForce GTX 1080s delivering outrageous performance alongside an overclockable Intel Core i7-7820K processor. You’ll get 64GB of DDR4 memory clocked at 2,400MHz and up to four SSDs running in RAID 0 for ridiculous read and write speeds.

There’s a full-sized mechanical keyboard featuring Cherry MX Brown switches along with RGB backlighting. You also get Tobii eye tracking, which lets you control the camera view wit your eyes in 45 games including Elite: Dangerous and Watch Dogs 2.

Each Predator 21 X will be custom-made, giving you the option of coloured logos, flags and a personal engraving. The first 300 21 Xs sold will also get a Limited Edition series number on the top panel. Oh, and it ships with a carrying case.

The price? Brace yourself. It starts at $8,999, which equates to £8823 inc VAT. Expect to pay more if you customise it. They’ll ship in the US first, with Europe having to wait until October.

Acer has brought a long-awaited refresh to its Aspire V Nitro line. A couple of years back, these represented amazing value as gaming laptops but haven’t received much love lately. Thankfully, that’s changed and both 15- and 17-inch models are getting new hardware for massively improved performance. 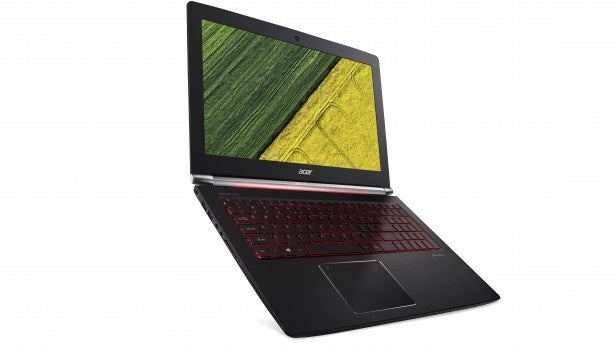 Both laptops will get either full desktop-spec Nvidia GeForce GTX 1050 Ti or GTX 1060 graphics, making them perfect for Full HD gaming. These line up alongside new quad-core Intel Core chips, with the range topping out at the Core i7-7700HQ from the Kaby Lake generation. You’ll get 16GB or 32GB of DDR4 memory and high-performance PCI-E or SATA SSDs along with a more sedate hard disk.

At this spec, the Aspire V Nitros will be handy video editing machines as well as gaming powerhouses

The VX 15 is an entirely new laptop from Acer, with a chunky new design with red highlights that won’t appeal to everybody. The 15-inch machine weighs in at a hefty 2.5kg so will act more as a desktop replacement than a full laptop. 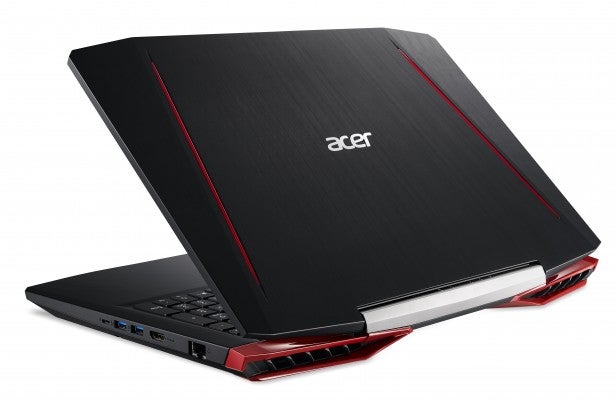 Specification-wise, it’ll get the same processor and RAM options as the Nitro 15 machines, with quad-core Intel Core i5 and i7s available depending on region and retailer. The top-spec model will get GTX 1050 Ti graphics, although lower-end models will likely get less powerful GTX 1050 graphics instead.

Finally, Acer also announced a new line of desktops, the GX series. These macines are VR ready and come in a variety of specifications topping out at Nvidia GeForce GTX 1070 GPUs, top-end Intel Core i7 chips and up to 64GB of DDR4 memory.

It comes in a distinctive package, making use of Acer’s now fairly common red highlights and dark grey styling. 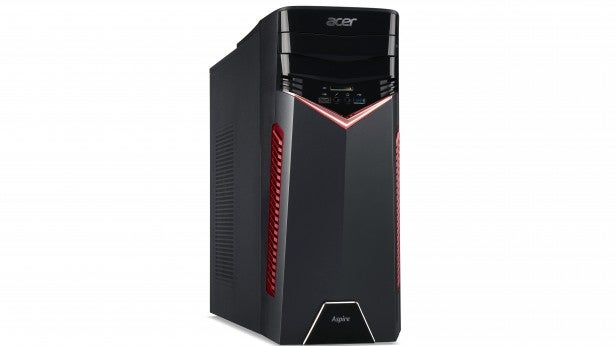 Specifications will vary wildly between regions and retailers, but all should be capable video editing and gaming machines for those with a penchant for VR.

The GX Series launches in February starting at €799 (around £680) for a base model. Acer hasn’t stated what spec this is, however.

A previous version of this article listed the UK prices with extra VAT added on top.