Acer has revealed an all-new brand called Acer ConceptD, which will offer up a lineup of premium devices aimed specifically at creatives.

From a quirky laptop design with a flippable screen to a heavyweight desktop boasting a ridiculous amount of power, Acer’s new innovative lineup of computers look seriously tasty.

We’ve rounded up all of the upcoming Acer ConceptD devices here so you can have a good gander at every single one. Check back at Trusted Reviews for the impending hands-on articles too. 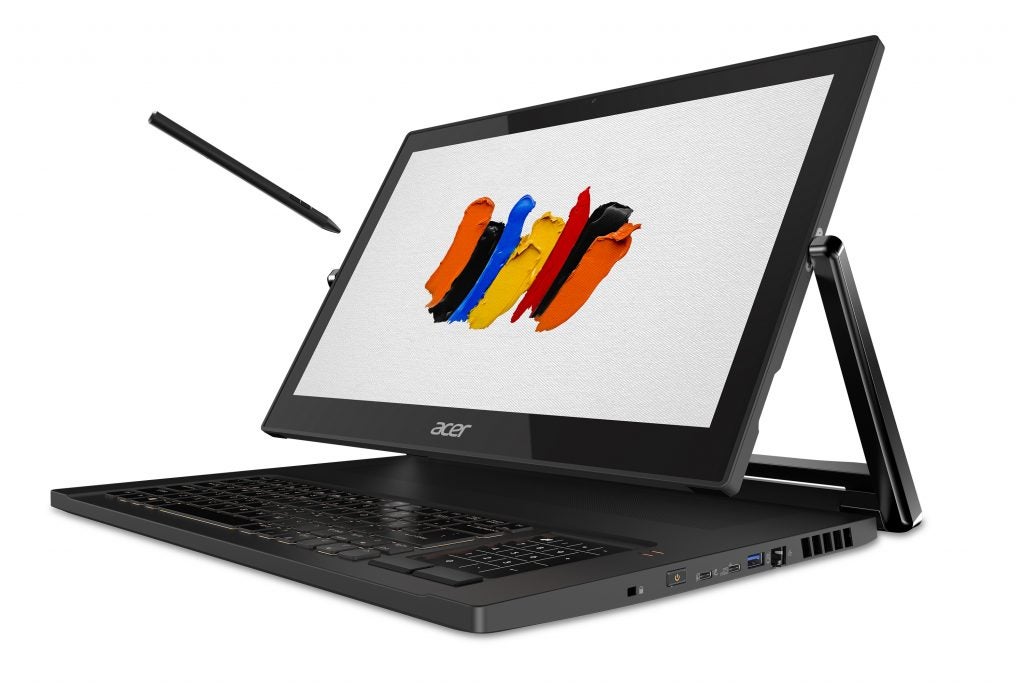 Acer’s most eye catching new designer laptop is no doubt the ConceptD 9. With a flippable screen, you can position the display in whatever position you fancy as you sketch and scribble on the panel with the bundled Wacom EMR stylus, which magnetically clips onto the device.

It may look artsy, but this device promises serious punch, with a 9th Gen Intel Core i9 mobile processor and Nvidia RTX 2080 graphics card. With such specs, the Acer ConceptD 9 should easily sail through multimedia tasks like 3D rendering and video editing.

Acer made a big deal of its screen too, aside from its flippable design. The 17.3-inch Ultra HD screen covers 100% of the Adobe RGB color and impressive Delta E <1 color accuracy. This is one the best colour accuracy figures we’ve seen from creative notebooks, supposedly thumping even the Apple MacBook Pro 2018.

The Acer ConceptD 9 will be available from €4999 in Europe in August. There’s sadly no word on UK pricing yet, but Americans will be able to bag one in June for $4999. 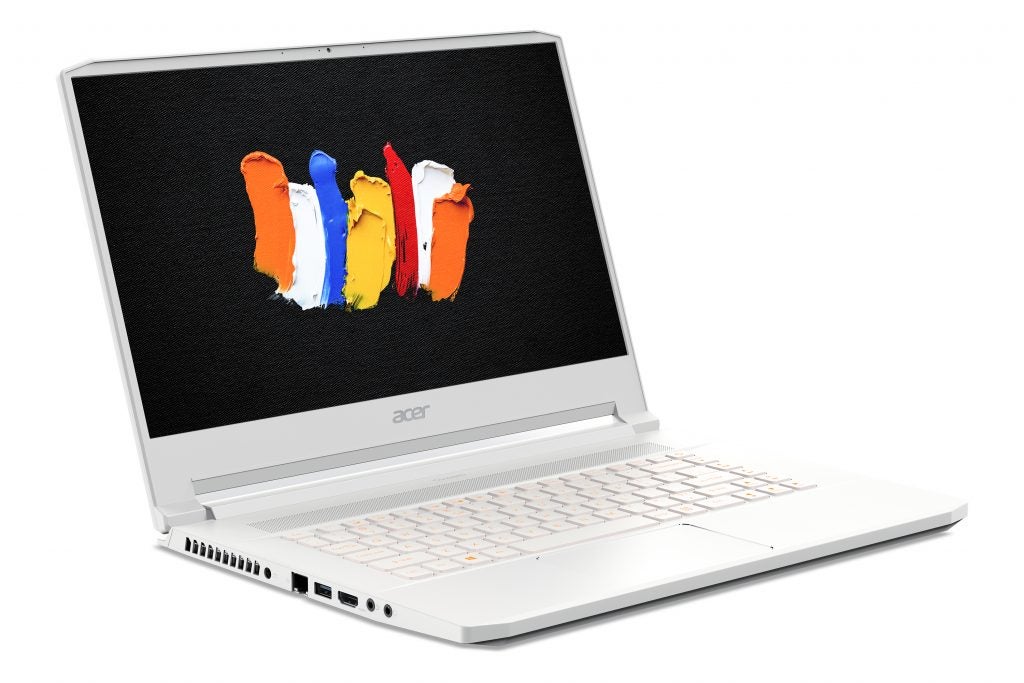 The Acer ConceptD 7 may lack the flippable screen seen with ConceptD 9, but it’s still looks a very impressive notebook with a 9th Generation Intel Core i7 processor and Nvidia RTX graphics card – with the option of RTX 2080 with Max-Q design or RTX 2060. These flashy components should mean the ConceptD 7 should easily provide a big enough performance to satisfy even the most demanding creatives.

The 15.6-inch Ultra HD IPS display looks equally as impressive, also boasting a 100% Adobe RGB color gamut coverage for a massive range of eye-popping colours. The colour accuracy of Delta E <2 may not be as impressive as what’s found with the ConceptD 9, but it still looks to be among the best with creative notebooks.

The ConceptD 7 may just look like a typical notebook, but its design is nothing to sniff at. It’s incredibly thin despite its meaty components at just 17.9mm. It’s also relatively light, weighing in at 2.1kg which is far lighter than most laptops rocking such high-end specs. This laptop is also spoiled for ports, with Thunderbolt 3 and Mini DisplayPorts so you connect up to three external displays. 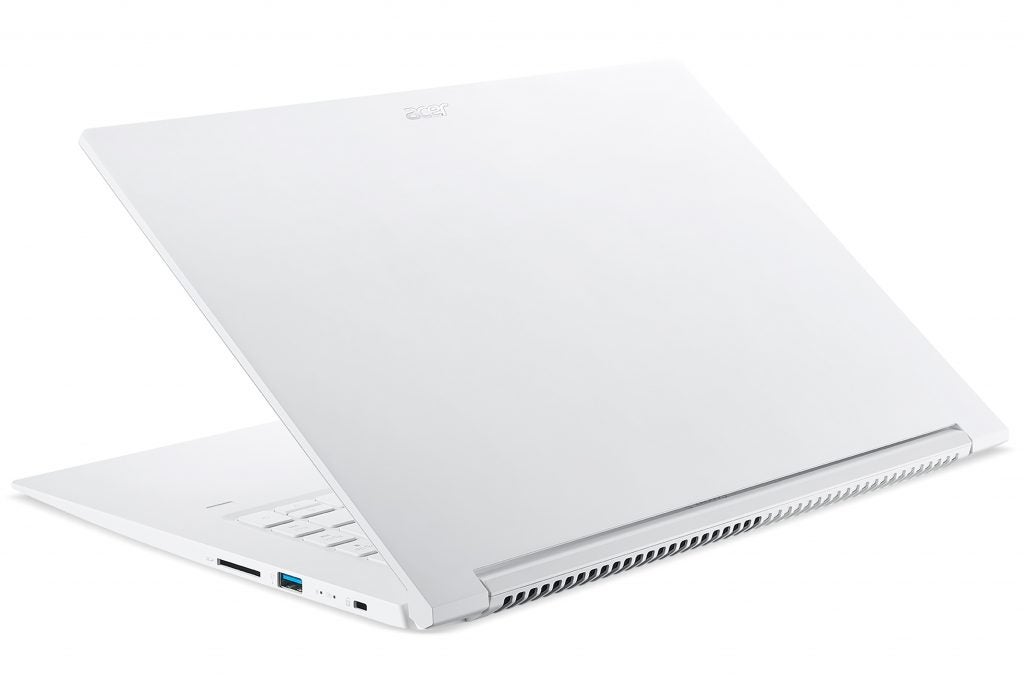 The most affordable of Acer’s new creative-focussed notebooks, the Acer ConceptD 5 still offers fantastic specs with 8th Generation Intel Core i7-8705G and i5-8305G processor options. The AMD Radeon RX Vega M GL makes up the GPU option, which should be powerful enough to prop up design and multimedia work. 16GB of RAM further ensures a slick performance, while 1TB of SSD storage means you’ll have plenty of space for all your artwork.

Even with the lower price, the ConceptD 5 still boasts a 15.6-inch 4K IPS display with an ultra-thin bezel. A 100% Adobe RGB color gamut and Delta E <2 colour accuracy mean that colours should look very distinct on screen, while also accurately presenting images how they look in reality.

Weighing in at 1.5kg, this is an incredibly lightweight designer laptop. It’s really thin too, measuring just 16.9mm. The metal chassis and magnesium-aluminium alloy lid should also contribute to a premium feel. Ports are plentiful again, with USB Type-C Gen 1 and DisplayPort featuring on the sides. There’s even an fingerprint reader for tight security. Looking for a super-strong desktop computer instead of a laptop has that has the equivalent strength of an Infinity Gauntlet-wielding Thanos? Then the Acer ConceptD 900 should tickle your fancy, rocking jaw-droppingly powerful components such as the dual Intel Xeon Gold 6148 processors which have a whopping 40 cores and 80 threads.

The Nvida Quadro RTX 6000 stands in as the super-charged graphics card. With such specs, this desktop should be suitable for filmmakers, animators and AI developers. If you’re looking for something for Photoshop and the like, this machine is no question overkill.

Don’t worry about this meathead overheating, as the ConceptD 900 has six cooling fans to maximise airflow. It’s also a rather suave-looking system with a matte-black metal chassis and an amber LED light on the power button.

Got cash to splash and fancy buying this computer? In Europe, it will cost you an eye watering €17,999 from June. There’s no word on UK pricing just yet. In America, the price will start at $19,999 once available in May. 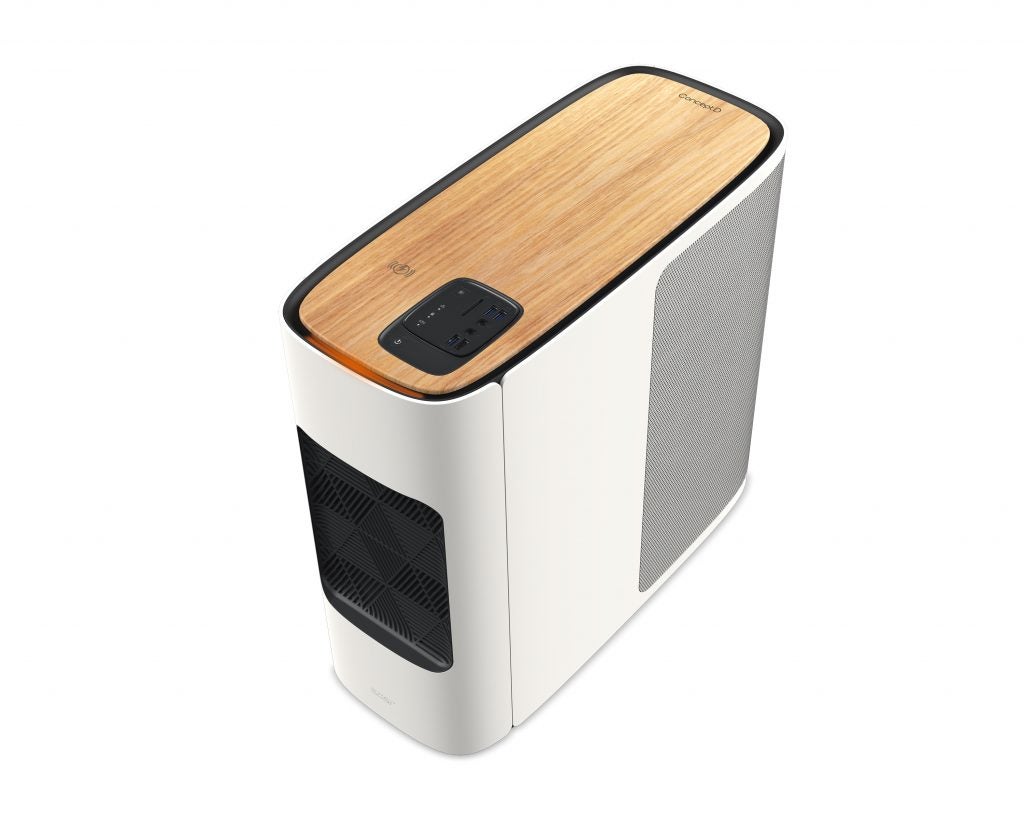 If the previous desktop is too expensive for you (which is almost definitely the case) the Acer ConceptD 500 is a significantly more affordable alternative. It’s still powerful enough for filmmakers, animators, product designers though, with a 9th Gen Intel Core i9-9900K processor and Nvidia Quadro RTX 4000 GPUs allowing support for four 5K displays simultaneously.

If you fancy more power, there are four DIMM slots for up to 64GB 2666 MHz DDR4 memory. The PCIe M.2 NVMe SSD meanwhile also helps to cope with heavy workloads. Three cooling fans are tasked with the job with preventing the machine from combusting, yet remain relatively quiet at 40 decibels.

It’s not just the specs that makes this desktop ‘designer’. The top of the computer features a wooden finish that’s clearly angling for the cover of a fashion magazine. This wooden panel even allows for wireless charging with Qi-compatible devices, making it the perfect companion for the Samsung Galaxy S10.

The ConceptD 500 has a starting price of €2799 once it arrives in Europe in July. Acer are yet to reveal UK pricing, but we’ll update this article once we coax it out of them. We do know it will cost $1699 over in North America though once it launches in June.

What do you think of Acer’s new lineup of ConceptD computers? Let us know @TrustedReviews on Twitter