With the Apple Watch Series 2 continuing to dominate the smartwatch space, you’d be forgiven for thinking Android Wear had gone into hibernation.

Yes, Motorola has confirmed its won’t be launching any new Android Wear watches anytime soon, and the Huawei Watch was recently removed from the Google Play Store, but that hasn’t stopped a new Google-powered device from dropping though.

Instead of being the brainchild of a tech giant, however, the new wearable comes from major fashion brand, Michael Kors.

Dubbed the Access Bradshaw – no, we’ve not got a clue either – the Michael Kors made smartwatch is big, bold and pretty damn brash. 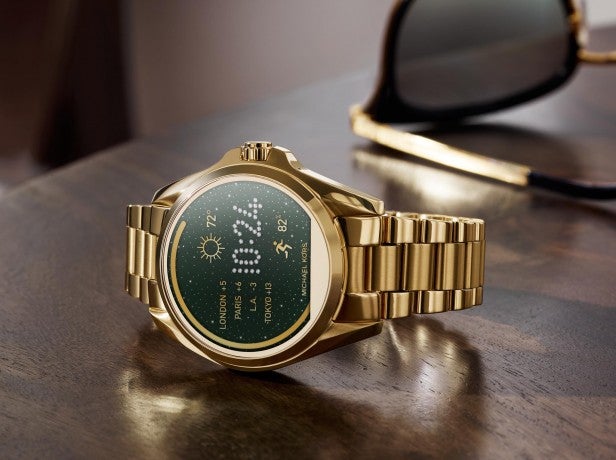 Gold in colour if not in material, the metal watch squeezes a sizeable 1.4-inch AMOLED display within its 45mm casing that weighs a plump 113g. Given its size, the Michael Kors Access Bradshaw is geared more towards men than woman, and only those with larger wrists at that.

What do you get for this substantial fee? Well, aside from a plenty of bling, the Access Bradshaw runs Qualcomm’s Snapdragon 2100 processor which should combine with the device’s 400mAh battery to offer some steady staying power.

Elsewhere, 512MB of RAM and 4GB of internal storage have been squeezed into the device that’s waterproof to 10m and features the same sort of image-detracting ‘flat-tyre’ base screen as the Moto 360.

Tempted by the Michael Kors watch or put off by its oversized design? Let us know in the comments.