We take a look at nine phones that helped Android become the world’s most popular mobile OS.

Android may be the world’s most popular mobile OS (currently, around 87% of smartphone users are Android adherents) but it didn’t get there without the help of the smartphones themselves.

After all, without the hardware to use it on, how would we have all come to discover the wonder that is Google’s mobile OS?

With that in mind, we thought we’d take a look at some of the phones that helped to launch Android to the top of the mobile OS list – and share some video reviews that are a real blast from the past.

Launched in the US and parts of Europe as the T-Mobile G1, and known elsewhere as the HTC Dream, this was the first ever Android handset.

It came out in 2008, packing a 528MHz Qualcom MSM7201A SoC and 192MB of RAM. Oh, how times have changed! There was also a nice helping of 256MB internal storage, but users could always use the SD card slot to up that to a dizzying 16GB.

The Android OS of the time came with a number of apps that provided access to Google services such as Gmail, Maps, Search, and even YouTube. How did we cope before this thing? 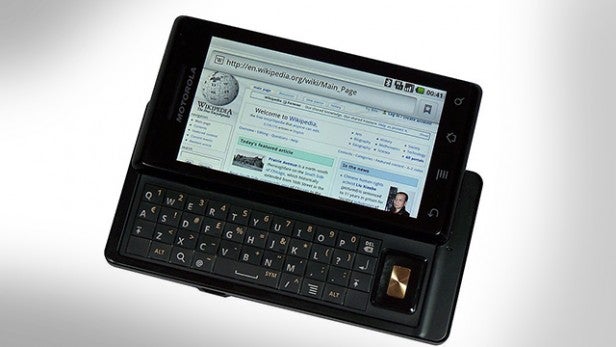 Back in 2009 the Motorola Droid was the fastest-selling Android phone, and came complete with an iPhone-bashing marketing campaign that laid out all the Apple handset’s shortcomings.

The Droid came running Android 2.0 and included an ARM Cortex A8 chip, alongside 256MB mobile DDR SDRAM. It also managed to outdo the previous year’s HTC Dream by providing 512GB of internal storage. The design was very similar to the Dream, however, with a physical keyboard and slide-out screen that were made to be used in landscape mode. Yes, this was how we used smartphones less than 10 years ago.

This admittedly wasn’t the greatest phone ever, but it was the first time Google had ventured into hardware by producing its own smartphones. It was, as many of its successors would be, manufactured by HTC, and introduced the Nexus branding which would be used for the next five years.

In terms of specs, this beauty came with a 1GHz Qualcomm Scorpion chip, along with 512MB RAM and the same amount of storage. At this point, Android was in its 2.1 Eclair form, which came with an integrated Media Gallery which allowed users to perform the ground-breaking task of browsing, sharing, and editing photos. 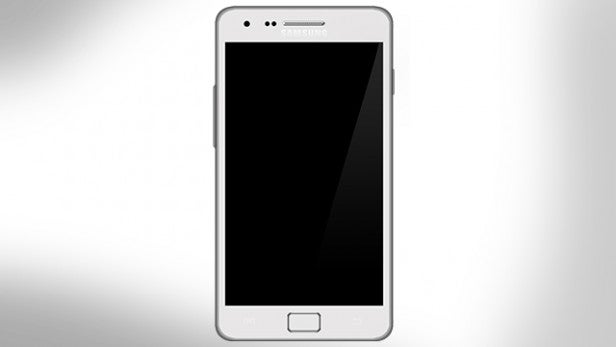 The S3 would cause more of a stir, but this was the phone that established Samsung as the Android rival to Apple. The S2 was the first phone to come with a Full HD display, paving the way for so many phones to come.

It was a raw concept but was way ahead of its time in 2011. Sammy used its own Axynos chip to power the thing, along with 1GB of RAM and 16 or 32GB of internal storage – which until last year was still the model Apple was using for storage tiers on its iPhones.

In terms of the OS, the Galaxy S2 came with Android 3.2 Gingerbread, before being upgraded to Android 4.0.3 Ice Cream Sandwich. Of course, Samsung decided to whack its hideous TouchWiz skin over the UI, so it wasn’t a stock Android experience. Nevertheless, the S2 certainly did a lot to bring Android to the fore as an iOS competitor.

Google churned this one out in partnership with LG. The Nexus 4 was based on the LG Optimus G hardware and came with a quad-core Snapdragon S4 Pro and 2GB of LPDDRR2 RAM – basically, Nexus phones didn’t suck anymore.

The Android build that accompanied this Nexus offering was none other than Android 4.2 Jellybean, which introduced some cool extras such as widgets on the lock screen, and a ‘quick settings’ option in the notifications shade.

The Nexus 4 was received well, and did a lot to maintain Android’s reputation as the go-to mobile OS – even if the glass chassis was prone to damage. As the image above shows, It also looks like every other phone you’ve owned in the past four years.

Ah, the Moto G. This one changed the game by demonstrating that good quality handsets could be made for cheap, shifting the whole smartphone market.

No longer was it a case of budget vs luxury, with the Moto G’s Snapdragon 400, 1GB RAM, and Adreno 305 graphics making it an impressively capable device.

Of course, it helped that users got a near stock Android experience with the phone, which came with Android 4.3 Jelly Bean included. Another smartphone milestone, another Android OS at the heart of the whole thing. 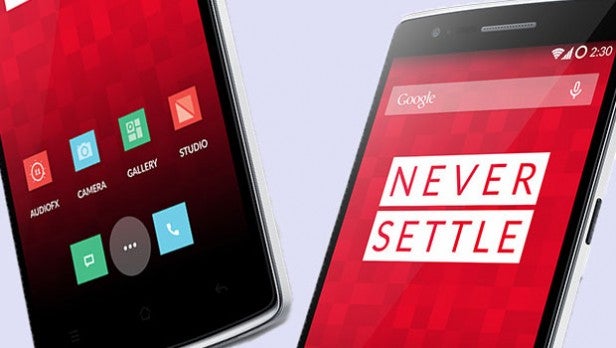 No one had ever heard of Carl Pei or his little startup before the OnePlus One, but his firm took the fight to the big boys with this phone, offering flagship specs at a fraction of the price. Eventually the company’s phones would be dubbed ‘flagship killers’ but it was with this first handset that the company began to cement that reputation.

And coming along for the ride was Android 4.4.4 KitKat, although it had been heavily skinned. The phone shipped with the CyanogenMod OS overlay outside of China, but underneath the whole thing, Android was once again running the show – present yet again for another smartphone triumph.

Before the Note 7 debacle, Samsung’s phablets were the favoured device of smartphone power users and showcased what could be done with all that extra screen real estate. In the case of the Note 5, Samsung managed to create a decidedly sleek handset, slimming down the case while keeping that larger overall form factor.

We loved the thing so much we were moved to remark: “The Note 5 is one of the best phablets on the market,” though it lacked some of the standout features from its predecessor.

Most importantly, Sammy managed to make vast improvements when it came to its TouchWiz Android skin. Under the company’s own UI was Android 5.1.1 Lollipop, with all the usual Samsung bloatware kept to a minimum and all the best parts of TouchWiz integrated well with the standard Android OS. Also, the phone didn’t explode.

And so we come to the first ever (or closest to first ever) 100% Google handset. It may have been manufactured by HTC, but the branding on the Pixel phone is all Google – symbolising the big G’s decision to take the smartphone market seriously.

This is the phone that officially introduced Android N to the masses, and luckily, it’s a damn fine handset. The hardware is top-end, the camera is fantastic, and overall, the Pixel is one of the best smartphones you can buy – a fitting way to debut the latest Android iteration.

The Pixel also signals the end of the Nexus branding. After doing so much to establish Android as an iOS rival, the Nexus branding has been retired in favour of the new ‘Pixel’ naming convention. Will Pixel do as much for Android as its predecessor? That remains to be seen, but check back in ten years and we’ll let you know.

Let us know what you think is the best Android phone in the comments.