Murphy’s law dictates: “Anything that can go wrong, will go wrong.”

Someone probably should have told that to Marco Marsala, a man who was yesterday revealed to have accidentally deleted his entire web-hosting company with a single line of bad code. Whoops.

Still, Marsala isn’t alone when it comes to enormous software blunders. Coders have been butting heads with binary for years, and that’s made for some hilarious software outtakes along the way.

Here are some of tech’s finest coding gaffes.

On the afternoon of Thursday, August 14, 2003, the power went out for 55 million people across Ontario and eight north-eastern US states, including New York. Most homes had power by around midnight, but many were left in the dark for two days or more. What went wrong? Code.

A software bug at the alarm system of FirstEnergy Corporation in Ohio meant that, well, there was no alarm. Overloaded transmission lines hit some “unpruned” trees, but because of the bug, grid operators had no idea there was a problem. Line after line began to trip, quickly leading 256 power plants to go dark. 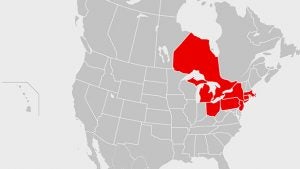 The scale of the Northeast blackout

On November 7, 2003, the economy of RuneScape was changed forever. The online MMO game, which has 200 million players, was affected by a bug that let players duplicate items. This led to hundreds of players becoming ludicrously wealthy very quickly, by selling super-rare auto-spawned items. The Pink Partyhat, which was once the most expensive item in the game, quickly plummeted in value as a result of the glitch.

The problem was that Jagex didn’t have a clue how to fix the glitch. Developers simply didn’t understand how the ‘duplication’ process worked. Such was its bewilderment that Jagex eventually offered a lifetime RuneScape membership to anyone who could explain how the bug worked. Jagex eventually fixed the bug, but declined to respond to player’s calls for the developers to “roll back” the game, meaning prices are still affected to this day.

The bug caused pop-up messages to display on user’s machines, explaining that their copy of Windows was “not genuine”, and requesting that the software be upgraded to a legitimate version of Windows. 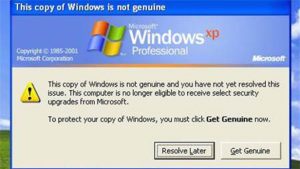 Microsoft eventually apologized for the issue, blaming pre-production code that was accidentally sent to production servers.

World of Warcraft’s Corrupted Blood incident is probably the most famous glitch in video gaming. In 2005, Blizzard launched a new raid instance called Zul’Gurub, in which the final boss, Hakkar the Soulflayer, would inflict players with a spell called Corrupted Blood.

This ‘debuff’ would drain hit points, and was contagious – i.e. it would spread to nearby players. It was only ever intended to work inside Zul’Gurub, but a glitch meant that players’ pets and minions could inadvertently carry the ‘debuff’ outside of the raid.

On September 13, 2005, the bug quickly spread and killed huge chunks of the two-million strong player-base over a week-long period. Blizzard even suggested voluntary quarantines to try and reduce the impact of the bug while it worked on a fix.

Eventually, Blizzard resolved the issue, but the scale of the event was so large that actual epidemiologists studied it to help model how human populations would react to a real-world epidemic. 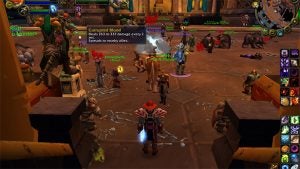 The Corrupted Blood incident (Via Wow-Wikia)

Hospitals do their best to keep patients alive but, in 2003, a US hospital accidentally told 8,500 living people that they had died.

A bug in the patient-management software system at St Mary’s Mercy Medical Center meant that the wrong disposition code was assigned to patients – they were listed as “expired” instead of “discharged”.

Patients soon began receiving bills informing them of their own deaths, and even insurance companies and the local Social Security office were told the bad news.

At the time, discharged patient Cathy Uhl was quoted as saying: “You could say I was a little surprised. I was pretty sure I wasn’t dead, but you never know.”

Any hilarious software blunders we’ve missed? Tell us your favourite in the comments below.