Watching last night’s Google keynote at the Game Developers conference last night, I was wowed the same as the rest of the tech industry by Google’s Stadia demo.

One segment, which saw a man on stage move from device-to-device, picking up his game where he left off as he picked up several different obsidian slabs, was spectacularly impressive.

Watching it I couldn’t imagine a world where Google Stadia wasn’t the be all and end all for gaming. Why touch anything else when you have Stadia? Then, after sitting on it for 12 hours, I realised that the stylish presentation was lacking in some serious substance.

Still, the idea of letting anyone experience AAA games without a huge up-front cost is attractive, so I’m a tentative Stadia convert, provided they can answer a few key questions. 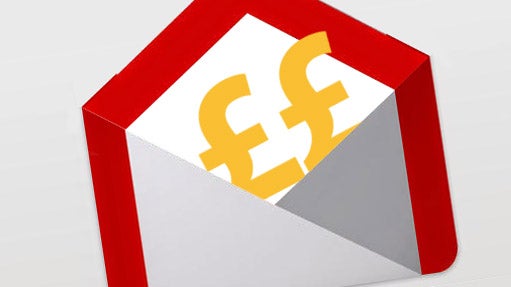 How much will Stadia cost?

This is a big one. Google are clearly pitching Stadia as a subscription that’ll sit alongside Spotify and Netflix, commodifying games in the same way that those services have done for music, film and television.

Despite your feelings on that, for the consumer the price point is going to be absolutely key. Sony’s PlayStation Now, which works on the PlayStation 4 and Windows computers, is a comparable service that offers access to over 500 PlayStation games for £12.99 per month or £84.99 per year. Microsoft’s offering, the Xbox Game Pass, comes in at £7.99 a month for over 100 Xbox One and Xbox 360 games.

Meanwhile, Spotify comes in at £9.99 and Netflix is the same for an Ultra HD subscription, with cheaper options depending on what sort of quality you’re after.

It seems that this £10 price point is, more or less, the sweet spot for entertainment subscriptions. If Stadia overshoots this, it could find it difficult to convince people to give it a try, or keep up their subscriptions once the novelty has worn off. 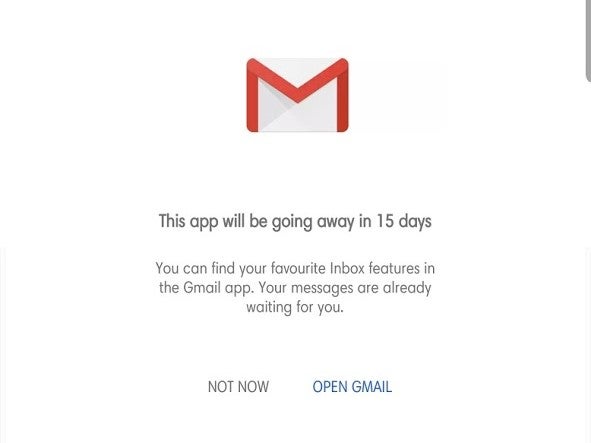 Are Google going to kill Stadia as soon as they’re bored of it?

Right now, going to my beloved Google Inbox app on my phone prompts a warning telling me that in just 12 more days, Inbox will be shutting down. This isn’t Google’s first high-profile case of something being tossed against the wall and taken down. Google Wave, Google Glass, Google Plus, all of these promising sounding products from the Goog’ are lost to the mists of the internet, like tears in the rain.

Which brings me to my point: why would a developer want to pour their time and effort into a product for Google Stadia when the company has a track record of being this cold with its own products. Why would a customer want to build a games library here?

Right now, the games that Google are developing using their first party studio, headed up by games industry legend Jade Raymond, sounds exciting. However if Raymond and Google’s studio are solely working on games for Stadia, I really hope someone works out a way to archive the games from Stadia’ cloud, so we can play them even if Google cans Stadia.

I’m not saying it’ll happen soon, but one of the most notable things about Google services is that they rapidly go extinct if they no longer serve the business. The difference is that by creating their own first-party games, they’re potentially going to create a new lost age of gaming. 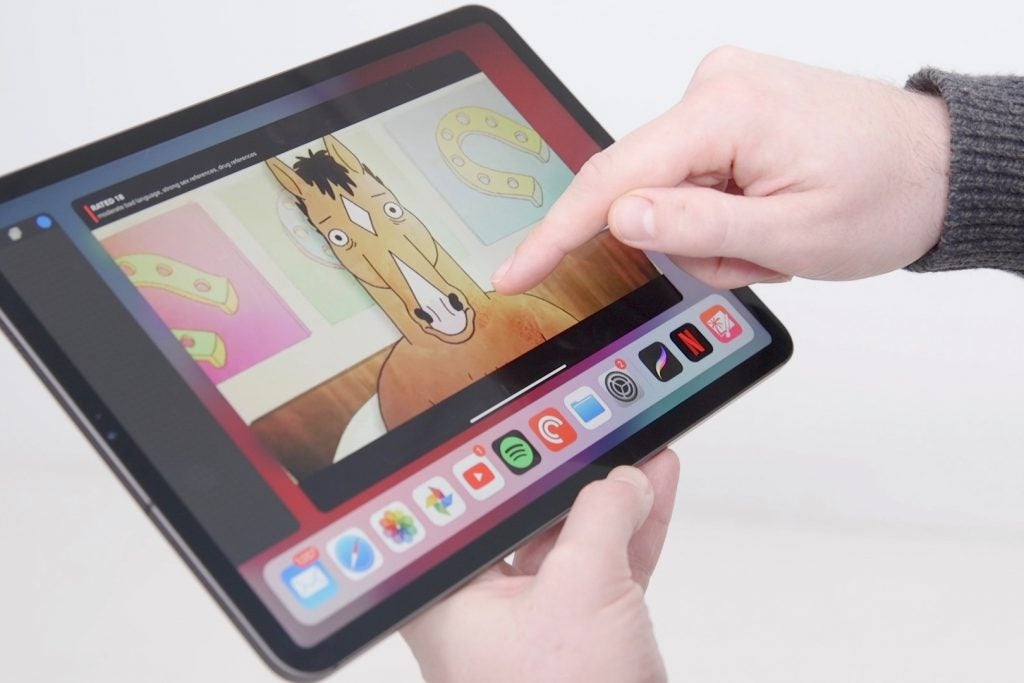 How nice does Stadia feel without a controller?

Tell me you weren’t impressed by the rapid device switching capabilities of Stadia shown in the keynote, and I’d tell you you were lying, but one concerning thing about that segment for me, once I’d stopped whooping with excitement, was that every device was using a controller.

Google’s overriding message is that it’s time to play anywhere, with the promise that anywhere YouTube runs, you can play using Stadia. It’s screen agnostic.

Thing is, I watch YouTube while laying on the sofa at home, streaming it to my TV. Sometimes – don’t judge me – I’ll check out a movie trailer on the toilet, or load something up on a tablet to show a friend in the office. If Stadia can be used in all these places, great, but i’m a little concerned about how the AAA games will handle using touch controls.

I know this isn’t the point, exactly, but if the ethos is less play anywhere and more play anywhere you have your controller with you then I’m less enthusiastic, especially as a man that’s prone to leaving his Nintendo Switch at home on the day of the office Mario Kart tournament. 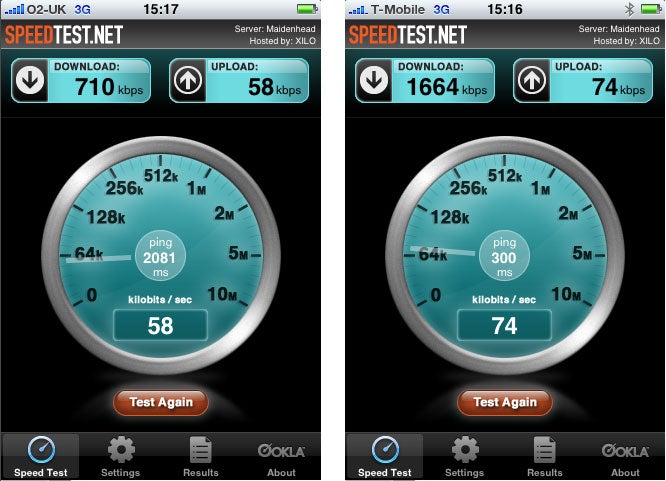 What sort of internet do you need to run Stadia?

The average internet speed in the UK is 46.2mbps, although in rural areas this could be substantially lower. What kind of speed do you need for a smooth experience here? Input lag could be disastrous for several genres, and it can be frustrating to play with.

Worse, Google Stadia reckon you’ll pull down about 20GB of data an hour using the service. Will internet service providers (ISPs) start to throttle traffic to Google? It seems unthinkable, but many UK ISPs already have a fair usage clause tucked away in their contract with you, and if you’re having a marathon six hour session, you could be soaking up 120GB of data.

Shift this to the US, where Net Neutrality is being eroded, and the situation could get worse. Best case scenario is that Google manages to get its traffic zero-rated, meaning data for Stadia is given the highest priority at no extra cost to the user, but these deals require negotiation, and in the meantime it is the users that are bearing the brunt of this.

More questions: would 5G be good enough? Would anyone’s 5G contract stand up to the 20GB an hour figure? Is Stadia going to be unusable for me if I can’t get YouTube to buffer properly on my internet, or if there’s 20 metres of copper cable between me and my nearest exchange? 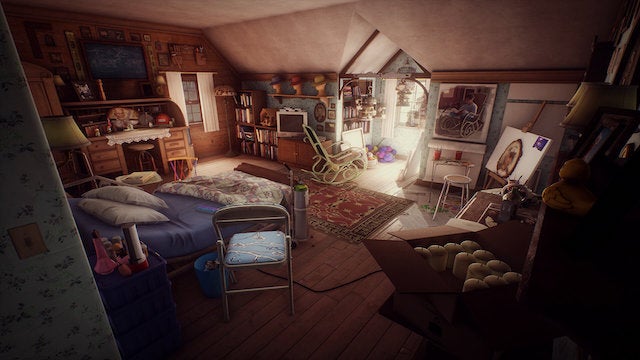 Does Google’s vision of the future screw over indie developers?

The Netflix / Spotify model of streaming everything you want is great for consumers, but it hasn’t been great for the creators of film and music, who have been struggling to make bank after the change.

Big game companies can afford the loss: Ubisoft, whose AAA adventure game Assassin’s Creed Odyssey was used to test out the service, can afford to lose a bit of cash as long as people are still putting time into their games.

However, when it comes to discoverability, and paying developers properly, indie devs could get the short end of the stick. Google need to step in and clarify what this could mean from a business perspective: if developers get money for time played, does this mean shorter one-and-done games are now going to be less profitable under the new streaming economy than several hundred hours of strategy game?

I’m not fussed personally, in fact I’d adore a resurgence in weighty strategy titles, but there have been so many excellent, yet short, indie titles recently, the idea that economically those games could cease to be viable in the future Google is presenting, is a little gutting.

Couple this with the fact that you can go direct from YouTube to Stadia, making the fight for influencers all the more important for indie developers hoping people might actually play their game in the (potentially) vast library of games on Google, this could really sting.

Excited about Google Stadia despite out concerns? Let us know on Twitter @TrustedReviews