Apple is renowned for its eye-catching and elegant designs; the company rarely delivers a device that isn’t nice to look at. But when it does, they tend to be seriously ugly.

The iPhone 11 is set to launch tomorrow, and there have been loads of leaks surrounding the design of the phone − that hideous rear camera bump in particular. Simply put, Apple’s next iPhone may well be Apple’s ugliest iPhone ever.

But even if all of our greatest fears come true, it still probably won’t be Apple’s ugliest product ever. Grab a bucket and take a trip with us down memory lane. 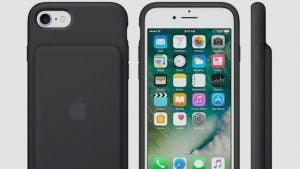 Back in 2016, better, more demanding screens were all the rage, and – particularly in the case of iPhones – people were fed up of having to charge their handset more than once a day.

In the run-up to the launch of the iPhone 7, other phone companies and accessories manufacturers had been creating battery cases for Android phones, to help with the issue. So Apple decided to get in on the action too – maybe it shouldn’t have.

Many battery case makers simply opt for the chunky approach, producing a shell that makes phones thicker all across the back. Apple instead chose to produce a case with a battery-shaped lump on the rear, and it did not look good.

Apple now sells more conventional-looking third-party cases on its store but – even with the iPhone XS – it continues to sell its own battery cases. The battery lump is a bit more subtle on more modern options, but it’s yet to be ditched. As it should be.

Heading back to the noughties, here we present a special edition Apple device courtesy of a partnership that hasn’t gone all that well.

Mention ‘Apple’ and ‘U2’ in the same sentence and most iPhone fans will remember that ill-judged incident back in 2014. Apple automatically added U2’s new album to all iTunes accounts without the permission of users, and people weren’t exactly shy about letting their feelings be known.

Around a decade before that – however – was another low point. The iPod U2 Edition was a special version of the iPod that came in black and a rather garish red. To add to the tacky look, the iPod had the band members’ signatures scrawled across the back. 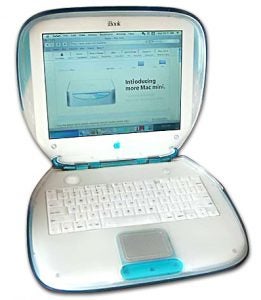 We’ll group these last two together, as they have a largely similar design − but one’s perhaps a bit more famous than the other. We were somewhat reluctant to put these on this list because nostalgia, but then we got a grip of ourselves and added them because they are ugly.

Between 1998 and 1999, Apple introduced its G3 range of computers. Both the iMac and iBook G3 models came in a range of mostly horrendous and translucent colours.

This iBook was famously known as the ‘clamshell’ and is quite affectionately remembered now, but it’s a particular variant of the iMac G3 that we can’t forget.

In 2001, Apple released the iMac G3 in two colours named ‘Flower Power’ and ‘Blue Dalmatian’. Just look at them. They continue to be, to this day, Apple’s ugliest products. 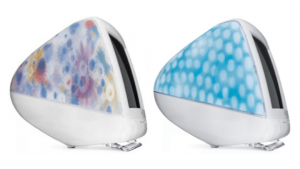 We’ve kept this list short but, since we’re sure that some of you will be shouting at your screens right now, here are some notable products worth a mention: