OPINION: Sony is extending PS4 backwards compatibility to PS2 titles, and Damien outlines the top ten games we’d like to play from back in the 00s.

Sony is bringing PS2 emulation to the PS4, and opening up one of gaming’s most acclaimed libraries to a whole new generation. The PS2 is rated by many as the best games console of all time. It’s certainly the best-selling, having shifted an incredible 155 million units in its lively 13 year lifespan.

Below you’ll find 10 titles we personally can’t wait to get our hands on once the feature is enabled. But, be warned, they’re not necessarily the best-known or the best-selling, but ones we count as stand-out classics.

And in case you were brandishing your pitchfork ready to ask why your favourite game isn’t included, we’ve deliberately avoided any titles which have either been remastered recently or are due for an update – so that means no Grand Theft Auto 3, ICO, no Zone of the Enders, no REZ, no Metal Gear Solid 3, no Shadow of the Colossus and no Odin Sphere.

Many of the PS2’s best games have already been given the HD treatment, so we’ve avoided highlighting any you may have already played on PS3, PS4 or PS Vita. 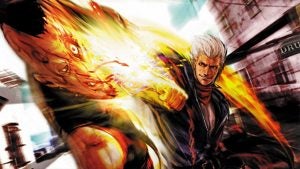 Arguably one of the most bonkers fighting games of all time, God Hand was developed by Clover Studio – which would later disband, with many staffers forming PlatinumGames – and helmed by Resident Evil creator Shinji Mikami.

Dumb, simplistic and incredibly playable, the game was panned by many outlets on release but has since become something of a collectable cult classic. The violent on-screen action is perfectly complimented by some wacky humour, making this a deliciously oddball title which you should experience at least once in your life. 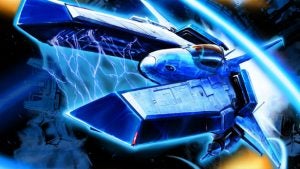 Developed by legendary Japanese studio Treasure, this PS2 blaster is a masterclass in design, pacing and challenge. It retains the hallmarks of the franchise – the inventive power-up system, the varied environments and the boss ships with their glowing orange weak spots – but introduces many new ideas to keep things feeling fresh.

Two players can play co-operatively, which certainly helps as the game is brutally difficult at times. An old-school blast which is well worth revisiting. 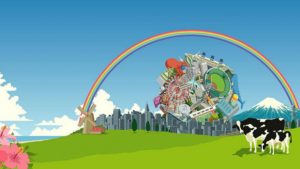 One of the undisputed sleeper hits of the PS2’s library, Katamari Damacy is all about rolling a ball of junk around and collecting as many object as possible, and makes excellent use of the DualShock 2’s twin-stick control configuration.

The game was produced on a budget and its unexpected success spawned a series of games across many platforms, but none of really captured the purity of the original, which still feels fresh and exciting even today – more than a decade since its release. 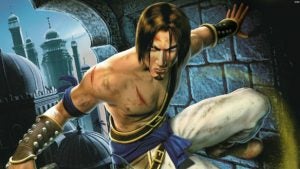 Prince of Persia: Sands of Time

Prior to the release of Sands of Time, the Prince of Persia series had fallen out of favour with gamers, its simplistic motion-captured visuals looking very basic compared to the latest 3D titles, like Tomb Raider and Super Mario 64.

However, the 2003 reboot brought the series bang up to date, and even introduced some innovations which have since become commonplace in the 3D action genre, such as the ability to rewind time and sprint along walls. The game was a commercial and critical success and re-established Prince of Persia as one of gaming’s most iconic brands – it even got a half-decent Hollywood film, starring Jake Gyllenhaal. 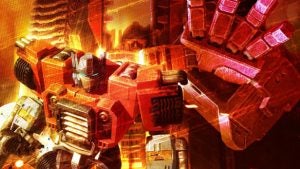 Before Michael Bay came along and turned the dormant Transformers series into one of the world’s biggest movie franchises, Hasbro made efforts to return the brand to popularity with a host of new cartoon series, most notably Transformers Armada.

A video game adaptation by Australian studio Melbourne House shocked the world in 2004 by not being complete bobbins. In fact, the title took cues from the likes of Halo to offer up surprisingly deep and involving shooter mechanics, twinned with the ability to morph into various vehicles during combat.

Licensing issues have prevented this from getting the HD remake it deserves, so PS2 emulation is most welcome. 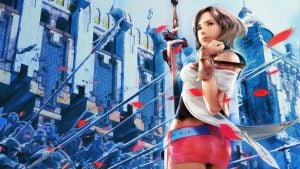 After the futuristic excesses of Final Fantasy VII, VIII and X, Square Enix returned to a more traditional setting for this 12th entry in the million-selling RPG franchise.

Arguably one of the PS2’s most engaging and entertaining role-playing titles, Final Fantasy XII features all of the selling points the series is famed for: amazing visuals, excellent music, a robust battle system and a gripping, rollercoaster of a storyline. Almost 6 million copies were sold on PS2. 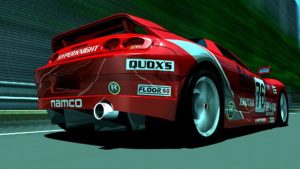 It may be a launch title, but Ridge Racer 5 is still one of the best arcade racers ever made, and would be one of the first games we’d want to play on the PS4.

Yes, the visuals are basic compared to what followed during the PS2’s lifespan, but the classic powersliding gameplay is utterly timeless, and it’s a crying shame that Bandai Namco hasn’t done a “proper” update on next-gen systems.

And don’t get us started on that soundtrack… 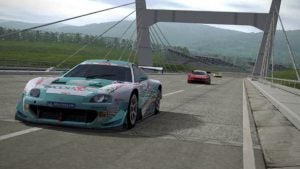 With over 700 cars and an incredibly realistic physics engine, this is possibly the most accomplished racer of its generation, and certainly the most impressive speed-fest on the PS2. A massive, addictive career mode keeps you glued to the console for weeks on end, and the allure of getting all of those cars (from 80 different manufacturers, no less) is a video gaming challenge which begs to be chalked off.

It may be getting on in years, but visually it’s still a feast for the eyes. 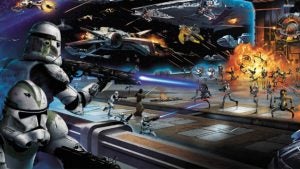 A timely mention, given that Electronic Arts and DICE have just rebooted the Star Wars: Battlefront series on next-gen machines.

While the PS4 and Xbox One update is impressive in terms of visuals and authenticity, it cannot match the PS2 sequel when it comes to sheer scale.

Pandemic’s 2005 epic has a proper single-player mode for starters, and the action is set across the original and prequel trilogies, giving the player more content. The combat is also more impressive, and you get a real sense of being embroiled in a massive running battle, rather than the small-scale skirmishes seen in DICE’s more recent offering. 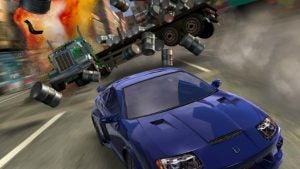 While many will argue that Burnout Revenge and Burnout Paradise are better games overall, Takedown was where the series really entered the big leagues.

Following the excellent Burnout 2: Point of Impact, developer Criterion was purchased by Electronic Arts, and the super-publisher’s positive influence can be felt everywhere in this third game – from the vastly improved production values to the use of proper licensed music tracks.

The titular takedowns give the carnage an almost fetish-like appeal, as the slow-motion impacts fill the screen with sparks and flying debris. Tight controls and fun gameplay make this a classic, even by modern standards.

Which PS2 games would you like to play on your PS4? Let us know in the comments below