After an initial tease alongside the launch of the Galaxy Note 20 Ultra, Samsung has now fully detailed it’s Galaxy Z Fold 2.

Samsung Galaxy Z Fold 2 is the followup to the Galaxy Fold and it feels like the maturation of Samsung’s folding formula. The original Fold hit plenty of bumps and, even, had to be recalled to have some major quirks fixed, but the idea is definitely intriguing and the sequel might nail it.

We now have all the details regarding the foldable, with a full look at the specs, camera array and software.

Many people were left aghast when Samsung announced the price of the original Galaxy Fold – hitting shelves in the UK for £1899. The stunning price made it one of the most expensive smartphones ever, not counting those gold-encrusted monstrosities.

The Z Fold 2 is slightly more affordable at £1799 and you can now view the Galaxy Z Fold 2 on the Samsung UK store but pre-ordering isn’t live just yet. The device is expected to be released on September 18. 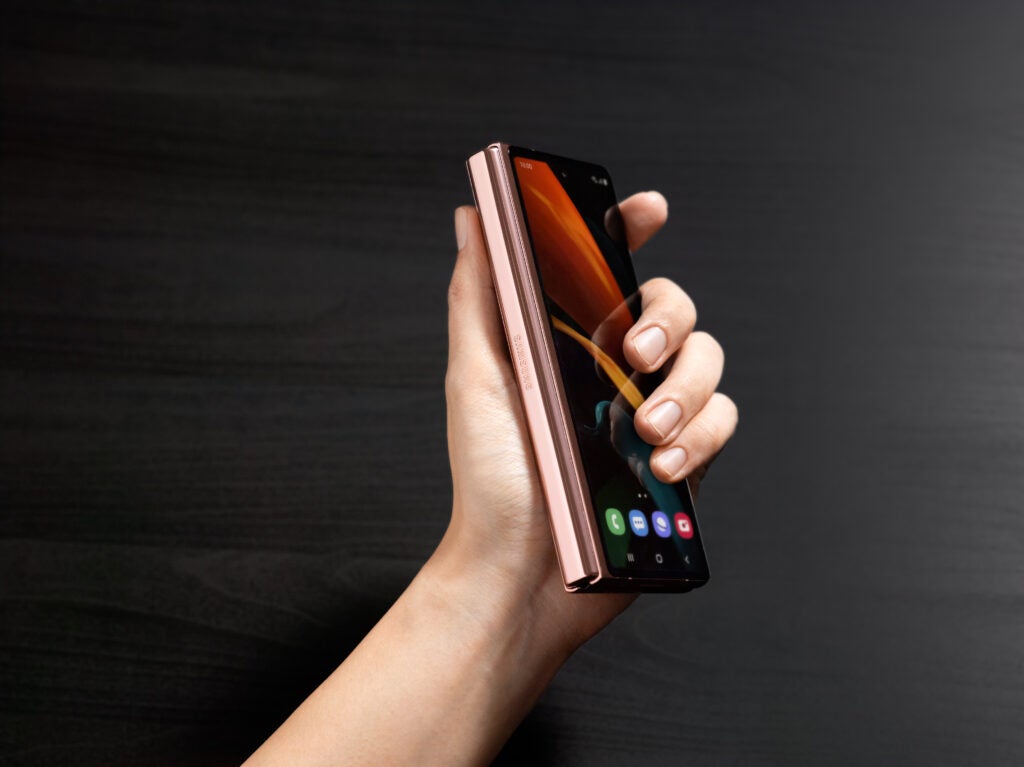 SIM: One eSIM and one Nano SIM

The outer display is no longer tiny

We saw it in the leaks and now it’s official: the Galaxy Z Fold 2 has a far larger outer display. On the first Fold, the outside display was a mere 4.6-inches and we often found it far too small to do anything productive. Yes, it was fine for answering calls and reading a message, but anything more was tricky.

Thankfully, for the Z Fold 2 we’ve got a far larger 6.2-inch outer screen with a much slimmer bezel running around it and a FHD+ resolution. While we haven’t held the device yet, it does seem like you’ll be opening the device a lot less if you’re doing something that doesn’t require a larger canvas.

There’s much more screen inside

It’s not just the outer display that has seen some upgrades, with Samsung fixing some of our qualms with the internal panel too. Gone is the strange cutout for the camera, replaced with a far smaller and less intrusive circular hole. It’s slightly bigger too, at 7.6-inches as opposed to 7.3. These displays also use the same UTG (ultra thin glass) as the Z Flip, which should offer a more durable covering than before.

The inside panel also packs the same adaptive refresh rate that you’ll find on the Note 20 Ultra and Tab S7 Plus. This can alter the refresh rate from 11Hz all the way up to 120Hz to ensure you’re not wasting battery when you’re reading or watching a video. Hopefully, this should help the endurance and stretch the battery out a little further.

Another similarity with the Z Flip is the ability to have the device sit up, almost like a mini laptop. Samsung says it has reworked the hinge to allow for this.

It comes in a lovely Mystic Bronze hue

Samsung has a new flagship colour with most of its new products and that’s a sleek Mystic Bronze. This colour has elements of pink and gold and we found it very alluring when we played about with the Note 20 Ultra and Galaxy Watch Active 3. It’s not quite as a garish and lurid as other gold colours either, which is always a benefit.

There’s a grey model too and you can still customise the hinge if you buy it through Samsung. The hinge colour options are gold, red, blue or silver.

There’s no denying the Fold had some initial issues. It was delayed, had problems with the display and just often didn’t feel like a device that cost nearly £2000. For the Z Fold 2, Samsung has said it has refined the engineering and hopefully this means it’s more of a durable device.

To push the utility of a foldable phone further, Samsung has said it is “building on our longstanding partnerships with Google and Microsoft to design an unrivalled foldable experience.”

This includes new versions of the Office apps that should feel more like tablet apps, with more displayed on the screen. Samsung also said there are optimised versions of YouTube and Spotify.

Other nice customisations include the ability to take a screenshot of a single app when you’re multitasking and more options on the layout within apps. 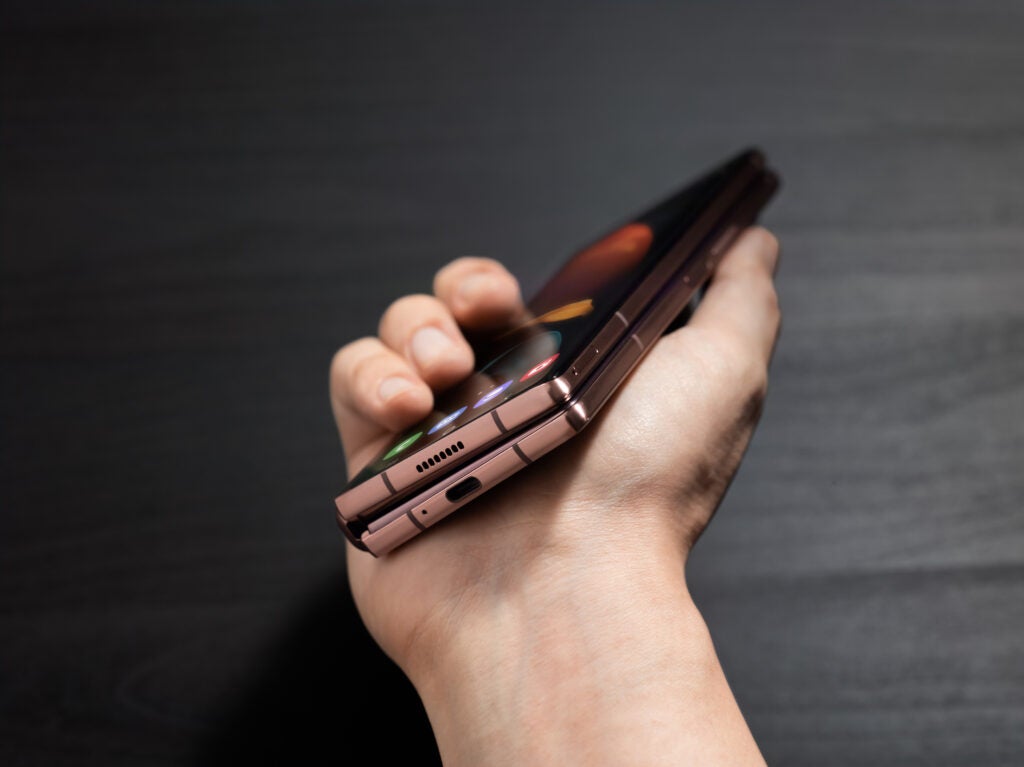 The cameras aren’t as ambitious as the Note 20 Ultra

Instead of having cameras like the Note 20 Ultra, the Z Fold 2 is more restrained in its optics. On the back there are three 12MP sensors, each with a different focal range. You’ve got wide, ultra wide and tele. There are also two more 10MP cameras, with one on the front and another on the inside. Samsung has once again added some clever software tricks so that you can take selfies with the rear cameras by flipping the screen around.

There’s also some AI smarts in the video mode. You can set the Z Fold 2 up on a table and it’ll follow you around, letting you, for example, vlog without holding the phone.