The Fitbit Charge 4 stood-out as a great fitness tracker, partly because it was the first Fitbit to feature in-built GPS tracking, an Sp02 sensor and active minutes tracking. Fitness fanatics loved it and now, as a result, we’re already wondering what might feature in the follow up – the Fitbit Charge 5.

Right now, with the Charge 4 only having landed in April of this year, we’re expecting a bit of a wait until the Charge 5 is available for purchase.

However, there were one or two minor issues with the Charge 4 that only needed pretty simple fixes. Perhaps, if addressing those small issues was the main focus for the Charge 5, then we might see the new tracker sooner rather than later.

Fitbit has done well by consumers by not increasing the price point of the Fitbit Charge for several years running. The Fitbit Charge 4, just as the two models that preceded it, came in at £129.99.

Unless Fitbit goes all out in having the Fitbit Charge 5 be a massive overhaul compared to this year’s iteration, it’s hard to imagine the Charge 5 being slapped with a price hike. 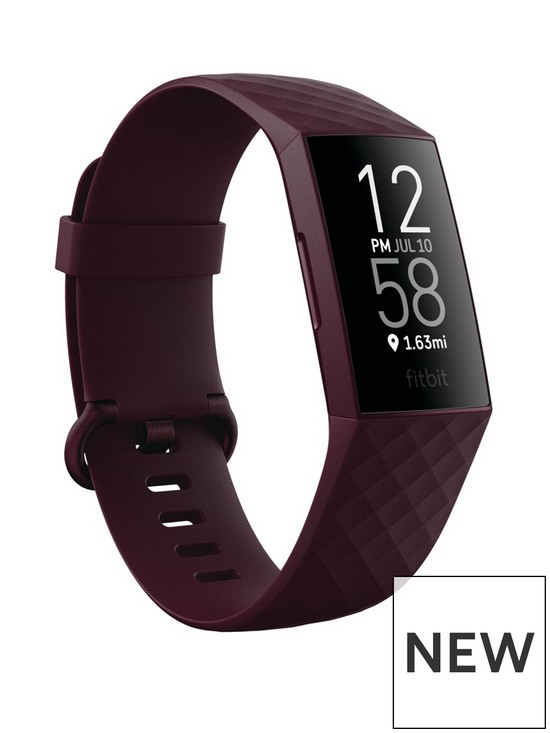 Get the latest flagship fitness tracker from Fitbit with its all new Active Zone Minutes metric to help you train, as well as a built-in GPS, and all the fantastic features you loved in its previous models.

We hope to see the return of an in-built GPS tracker in the Fitbit Charge 5. That, alongside the SpO2 sensor and active minute tracking seem pretty much certain.

The Charge 4 had an amazing seven day battery life to boot, so what’s not to like? In the Charge 5 we definitely want that feature to return, or even extended. How great would it be if the Charge 5 could go 10 days between charging? Having a battery life that’s miles ahead of the more expensive competition could really help to put Fitbit on the map.

So, aside from an even more impressive battery-life. What would we like to see in the Fitbit Charge 5?

We’d love to see Fitbit correct the issues around music. The Charge 4’s music controls only worked with Spotify Premium, which is pretty frustrating for those of us that use Amazon Music, Deezer, or any other alternative streaming platform.

Otherwise, Fitbit owners have long had issues with Fitbit Pay and it would be great if the payment system could be improved.

Right now, with the Fitbit Charge 5 seemingly so far away, there are also questions around a possible Fitbit Charge Lite. Could the company offer a stripped back version, at a budget price? We’ve seen Fitbit do this already with the Fitbit Versa Lite, which went down particularly well with consumers. We can imagine that a Charge Lite could be similarly successful, especially as a means of replacing the now ageing Fitbit Alta HR and Fitbit Inspire HR.

What would you like to see from the next Fitbit? Let us know @TrustedReviews.