Lewis Hamilton took the 96th pole position of his F1 career at the Sochi Autodrom and if he converts it into a win, he’ll match Michael Schumacher’s record of 91 wins, but it won’t be easy.

Behind him is Max Verstappen’s Red Bull and the other Mercedes of Bottas, both of whom are on differing tyre strategies. Given the long run into the first corner, Bottas is in the best position to catch a slipstream off the cars ahead, and no matter what Hamilton does in the first stint, he’ll have to pit earlier than the others around him. In terms of the bets of the rest, it looks like Racing Point’s Sergio Perez and Renault’s Danny Ricciardo will be racing for fourth and hoping to get a sneak at a podium place.

Our guide to watching this weekend’s Russian Grand Prix action, includes channels and UK times, plus how to live stream the F1 race , catch the highlights and keep your data safe while you’re streaming 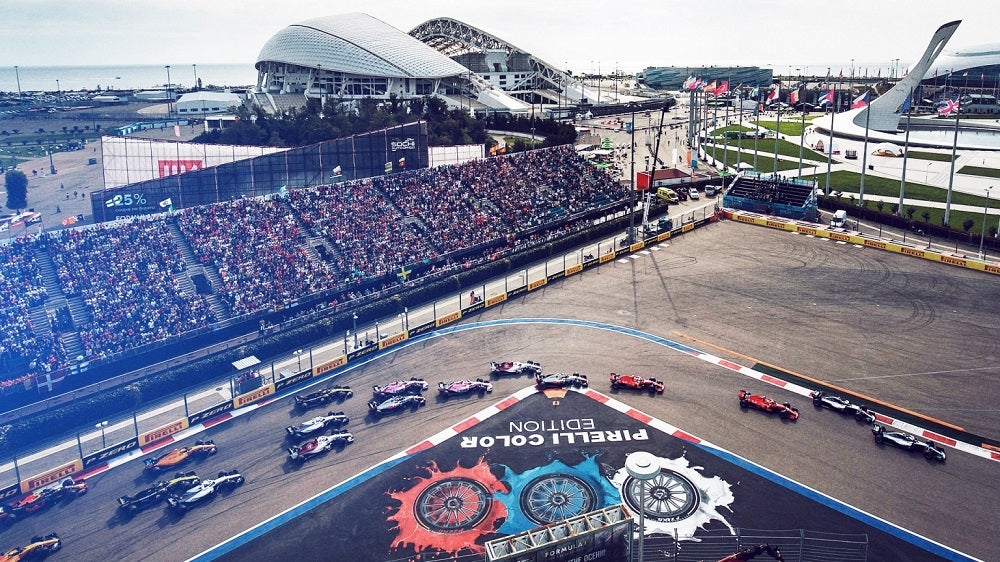 What time does the Russian Grand Prix start?

The Russian Grand Prix will be shown live on Sky Sports F1. Here is the UK time for the race:

If you’re a Sky subscriber, you can tune in on Sky Sports F1, Sky Sports Main Event and Sky One. For Sky Q subscribers, they’ll be able to watch the race in 4K Ultra HD.

You can also watch the action unfold by using the Sky Go mobile app, at no additional charge. Here are some quick-links to help you:

If you enjoy streaming content online, then it’s essential that you also keep your private data safe while surfing the web. It’s easier than ever for hackers to infiltrate your network and steal your personal information, but not with a VPN at hand. We’ve tested several VPNs here at Trusted Reviews and handpicked the best VPN deals that are available right now for your convenience.

If you’re not a Sky customer, but desperately don’t want to miss this weekend’s action, you can pick up a NOW TV Sports Pass, which will cost either £9.98 (for a Day Pass), £25 (for a Monthly Pass). The Monthly Pass seems like the best value for F1 fanatics if you want to catch the action over the weekend (and it’ll cover you for any other races that month).

Where time are the highlights for the Russian Grand Prix?

You need to head to the Channel 4 or the All 4 website linked below for an on-demand service.

Highlights of the race will be shown at 5.30pm on Sunday 27th. If you miss those shows, you can catch the action on the All 4 app.

Alternatively, you can watch the action using the All 4 mobile app: