BT Sport’s immersive new ‘Matchday Experience’ features are now available to all BT Sport users across its iOS, Android and tablet apps. Football fans can now stream matches with friends and family and see stats live on screen, among other exciting new perks. Here’s where to find them.

The newest features to join the app include Watch Together, 360, Manager Mode, Stadium Experience and Matchday Live.

Designed to make watching the football during lockdown a bit more interesting, the five features allow fans to meet virtually with others, see stats live on the pitch and take a peek behind the scenes in some of the UK’s biggest stadiums.

Read on to learn what each feature does, as well as where to find them in the app.

How to use BT Sport’s Matchday Experience features 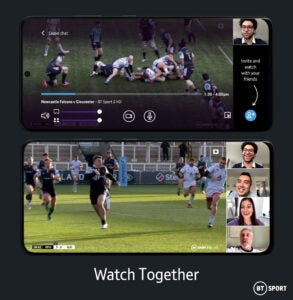 How to use Watch Together on the BT Sport app:

Watch Together is a feature that allows you to watch the match and chat with up to three friends via a split-screen video call. The feature is compatible with mobile devices, tablets and Apple TV.

To use Watch Together:

If your face appears sideways in the stream, head over to your phone’s settings and make sure the portrait orientation lock is turned off.

Watch Together is available on all channels, 24/7. 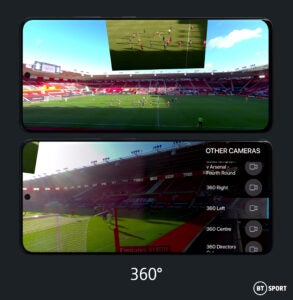 360 is a feature that allows you to get the best seats in the stadium by viewing and zooming at angles not usually seen in broadcast.

You can choose from left, right, centre and director’s cut viewpoints, with the latter automatically taking you to the position nearest the ball. The centre camera, meanwhile, allows users to see manager reactions and the bench, as well as fan reactions when they’re able to visit the stadiums once again.

360 is available on select Premier League, Champions League and Europa League games, with BT Sport looking to expand to other sports in the future. 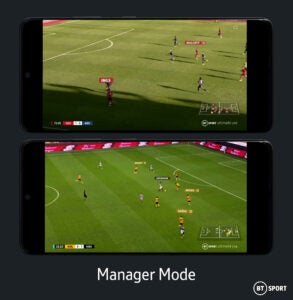 How to use Manager Mode on the BT Sport app:

Manager Mode is a feature that overlays real-time graphics onto your feed to make the match easier to follow.

There are two settings within Manager Mode – Player Tracking and Tactical. Player Tracking overlays player names, player speeds, distance sprinted and shot velocity on top of the pitch, as well as a mini-map in the corner to help to track player positions and where the ball is. Tactical shows just the mini-map and is designed for those who find on-pitch graphics too intrusive.

BT Sport plans to add more stats to Manager Mode in the future based on user feedback.

To use Manager Mode:

Manager Mode is only available on select Premier League games, including all 12:30 Saturday kick offs and some midweek matches. 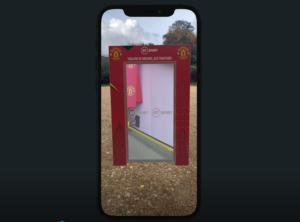 How to use Stadium Experience on the BT Sport app:

Stadium Experience is perhaps the most futuristic feature in BT’s Matchday Experience update. The feature allows users to see behind the scenes in the stadium in augmented reality (AR).

BT Sport takes a still 8K image and creates an AR doorway, allowing you to step into the dressing rooms, dugouts, trophy rooms and tunnel areas of whichever stadium is being used that night. You can even look back through the doorway into your own house, creating a pretty eerie effect.

To use Stadium Experience: 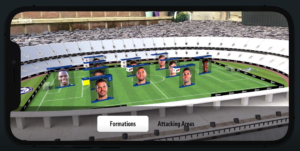 How to use Matchday Live on the BT Sport app:

Matchday Live is another AR feature intended to be used before the match kicks off.

The feature allows you to place the stadium in your home to see team line-ups, formations and in-game stats through your camera ahead of the game.

To use Matchday Live:

You can also access Matchday Live via the ‘Live’ tab by selecting a match and tapping on the three bar menu in the stream.

Of course, BT Sport isn’t the only app that gives users the option to stream content with friends. The app Teleparty (formally, Netflix Party) launched in 2020 allowing users to flock together to stream content virtually on Netflix and Disney Plus during the first lockdown. Amazon Prime Video also has its own built-in streaming party service, as does Disney Plus with Groupwatch.

Make sure to check our guides on Netflix vs Amazon Prime Video and Netflix vs Disney Plus if you’re struggling to decide which streaming site is right for you.