We run through all you need to know to reduce ping and banish lag for good.

There you are, mid-CS:GO and with another player’s head in your crosshairs. Suddenly, the screen jerks, the player appears to have vanished and you find yourself at the unlucky end of an AWP. Why? Because of lag, caused by high ping.

What are high ping and lag then? Basically ping is simply the speed of the connection between you and another computer, regardless of whether that’s another PC on your home network, or the CS:GO servers, or any other connective device and machine. It’s the reaction time, if you will, of how quickly you’ll get a response from the other machine in milliseconds.

In a game such as the example we’ve set, CS:GO, if you have a low ping to the server you’re connecting to, such as 4ms (which is 0.004 seconds), then the refreshed data from the server to what you see in front of you is quick enough to make the game seem fluid, fast and free from any problems. 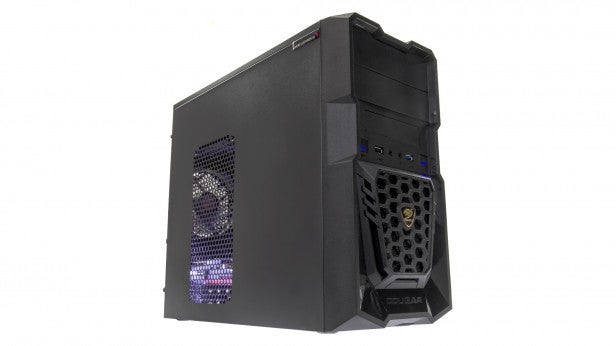 If, however, you have a very high ping, something in the region of 1000ms, then what you’ll see on your screen is essentially one second (1000ms) behind everyone else who’s playing. In a fast game, that second could mean the difference between you winning or losing.

The technicalities of ping, lag, and latency between networks can get rather detailed, so we won’t be going into any great networking depth in this instance. If you want to get technical, and you can argue that latency, lag and ping are indeed separate terms, then we suggest you do a spot of Googling to get more familiar with what’s going on. From here on though, we’ll just refer to all three instances as ‘ping’.

So how do we go about reducing ping?

There are a few ways we can make sure our ping is as low as possible. However before we get into too much detail, it’s worth mentioning that there’s always the possibility that no matter what changes we make, often the cause of a high ping is simply out of our control.

Having the fastest internet connection in the world doesn’t necessarily mean you’ll get the fastest ping on every game server available. Other factors need to be taken into consideration and you need to realise that it’s not always possible to get a ping of less than 200ms to a game server.

Basically, if you have an in-game ping below 80ms then you’re on a good connection to the server and you won’t notice anything untoward while playing. A ping between 100ms and 200ms is fine, and again you probably won’t notice any issues.

If you have a ping higher than 250ms you may begin to notice some slight lag. Perhaps another player seems a bit jerky when they’re moving around in front of you, and there’s an ever-so slight pause during moments of high intensity action. It’s not much, but you can work with it. 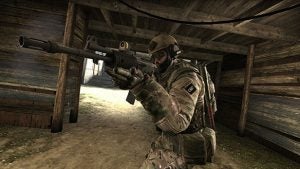 A ping higher than 400ms will undoubtedly cause a few issues while playing. Although you may be able to get by with it, it’ll be problematic if there’s a lot going on.

One last element to take into consideration is the compensation offered by the game server you’re connecting to. Most modern games have some form of lag compensation coded into them, where players with a high ping are given priority to the game’s resources over those who have a low ping. It’s a fine balance, and if coded correctly then the players won’t notice any difference and the compensation does an admirable job.

There isn’t any definite single method to lowering your ping, but these tips could help the connection between your PC – the game client – to the game’s server.

Although modern Wi-Fi is considerably faster than it was a mere five years ago, there’s still a noticeable difference between the connection speeds of a computer that’s using Wi-Fi, to a computer that’s physically cabled in via Ethernet.

One of the first things you can try to cut your ping down is to swap your Wireless connection to that of a cabled solution. Make sure that the cable you’re running from the router to your computer is as short as possible, without putting too much strain on the cable ends – as long as it’s under 300ft – and isn’t coiled up unnecessarily between that route. 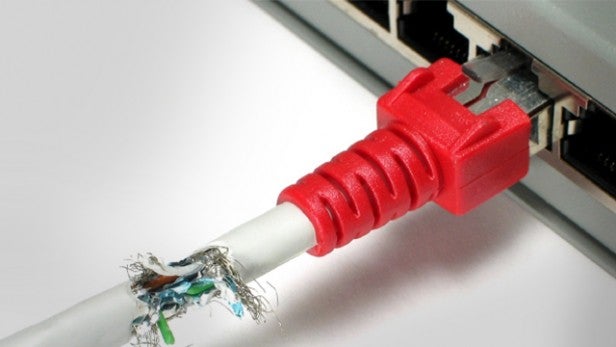 If it’s impossible to run a cable between the two, then consider buying the fastest pair of powerline adapters you can reasonably afford. Powerline plugs offer a slight bandwidth increase from wireless and are generally more convenient that running a cable around your house.

Also, check the cable and the ends going to and from the router. The cable end at the router side may have become loose or damaged over time.

If you have to remain wireless, then check your position to the router and the signal strength of the Wi-Fi. There are a number of apps available for Android and iOS devices that will help you determine the best location in the house for the Wi-Fi signal strength. 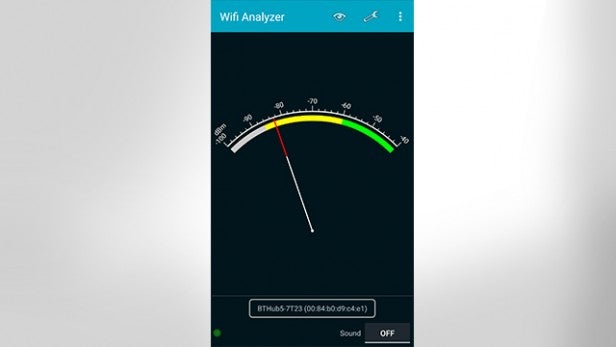 Once you have the ideal location, move your PC there and see if there’s a difference. You can check out our How to speed up your internet guide for more on improving your connection.

A more modern and high specification router could potentially lower your ping by offering better services, technology, and hardware over a standard ISP supplied router. 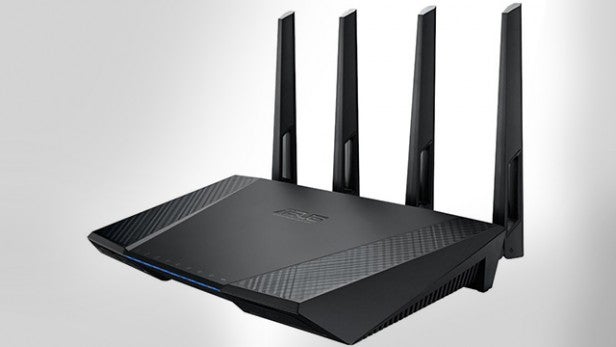 It’s a gamble, and it could be an expensive one if it doesn’t work, but a lot of users/gamers who have upgraded reported far better connection speeds than with their ISP router. If you’re unsure as to what router is best, check out our Best Routers guide.

If your internet connection is shared and you have a high ping when gaming, take a moment to see what the other connected devices are up to. Is the user in the next bedroom watching something on Netflix? Are they downloading a 19GB game from Steam? Are all the devices on your home network updating themselves with a Windows service pack at the same time?

All these instances can greatly affect the bandwidth you have available, and will essentially increase the ping from your computer to a server.

Also check your own PC. If you’re gaming and having a high ping, then perhaps you need to close down that Skype connection, or stop that download you’re doing in the background? It all takes its toll.

Connect to a local server

Although this isn’t possible for a lot of games, if you have the ability to connect to a localised server, such as a server labelled as UK, you’ll generally get a better ping than connecting to one that’s half way around the world.

As we said, you often don’t have that opportunity though.

Again, depending on the game you’re playing, check that the company isn’t doing any specific maintenance to the server you’re connecting to. If it is, try another server and see if that improves your ping. 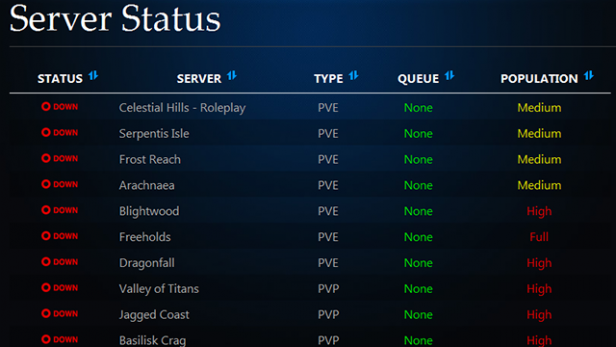 Also a lot of games have a server status update on the company website. It’s often a traffic light affair with green being all good, and red being overloaded. If possible, try and get on a green, low traffic server.

There are some dedicated network PCI cards and motherboard specific Ethernet connections that offer an improved bandwidth connection, especially for games. 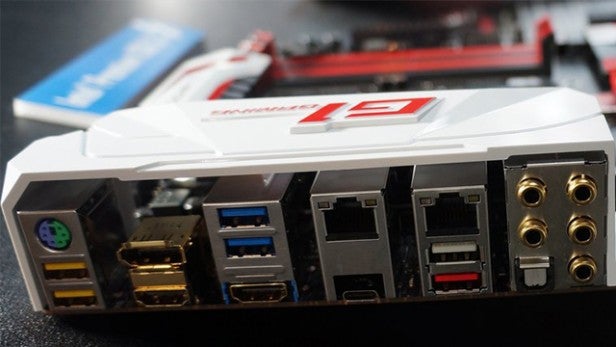 While a lot of gamers swear by these gaming LAN improved Ethernet ports, others consider them a waste of money. All we can advise is that you look into them in greater detail before spending any money on extra or new hardware.

If you use a VPN or some other from of anonymous proxy software to filter your connection, then consider turning it off prior to playing the game.

Although it’ll keep you invisible while online, a proxy or VPN is often slower than your actual connection speed.

There’s probably very little an ISP can do to improve your ping while playing a particular game. However, you can call them up to do a line check for you to make sure that your connection to the internet is running without any signs of a problem.

It may not solve the issue of a high ping, but it’s worth a try.

Most of the time you won’t be able to connect to a server without having the most recent client installed. But there are occasions where an older client can connect to a game sever.

Always check you have the latest client, as any patches will generally improve the connection to the game server.

In some ways, a faster internet connection will certainly help you reduce the ping to a server. But there’s always the problem of a high contention ratio for broadband customers. 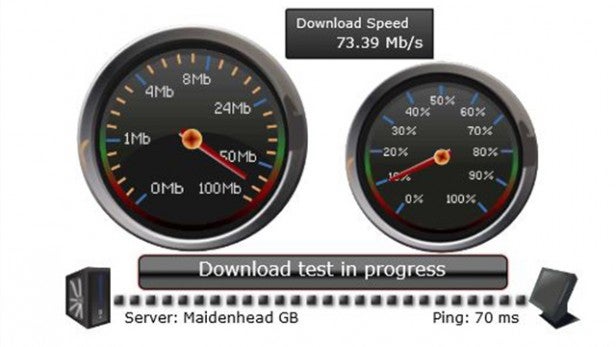 A 50:1 contention ratio, for example, means that fifty other customers are sharing the same bandwidth. There’s not really a lot you can about that, unfortunately, but if you’re considering switching to another broadband provider it might be worth looking into the contention ratio they offer before committing to a contract.

If you give all of the above a quick check, and test out the wired over wireless solution, then you should (hopefully) notice an improvement with your ping to the server you’re connecting to.

Unfortunately, there’s often nothing much you can do if the server you’re connecting to is experiencing a high load. Nine times out of 10, the reason for a high ping is external to anything that you have control over. In these cases, it’s often a case of waiting for the server to sort itself out or posting a connection ticket to the company that hosts the server.

If you have any other suggestions make sure to share them in the comments.