YouTube has evolved dramatically in the short time it has been around. From a small space where we could watch cats play on keyboards and Charlie bit his brother’s finger, its rapid expansion means it is now the dominant space for younger generations to consumer content. Kids will forego the television for the iPad to watch YouTubers. Why wait a week to watch a new episode of a popular show when you can watch hundreds of brand new and entertaining videos every day?

Naturally, this new (and potentially lucrative) business has seen many people try and jump on board the gravy train. When you hear of standout stars like PewDiePie and KSI make astronomical amounts of money each month from their thriving YouTube channels, many would like a slice of that action. 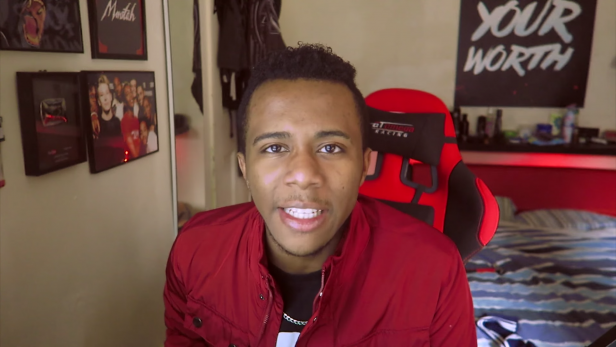 TrustedReviews had a chat with Monstah, a popular FIFA YouTuber, about how he got his start online, and how you could do the same. Below are five essential tips to becoming a YouTube sensation.

One thing Monstah was quick to drive home was that if you want to make YouTube videos, then go out and make them. Monstah got started straight out of school, and having watched YouTube channels, became inspired and leapt at the chance to carve his own path, despite having no previous experience.

“I just watched YouTubers, and I just decided I’m going to give this a go. I watched a lot of gaming YouTubers and stuff, I didn’t really watch any, I watched a lot of tech reviews and gaming videos and just decided to start up my own channel. And you know, just start making little FIFA videos, obviously it was FIFA-based at the time because that’s what I watched, and it was pretty much just me starting up, having fun, wanting to try something new.”

Despite not knowing how to edit videos, or having any of the required tools to make YouTube content when he first got started, that didn’t slow Monstah down, he took initiative.

“When I started, I didn’t know much about editing, I’d never really done video editing at all. I didn’t learn it at school…I was pretty much a kid that just loved computing and the internet, so what I did was pretty much just researched and looked up what was the best software, and I started learning how to use [Sony Vegas].

“Sony Vegas is like an editing software on the computer and I just, I don’t know I just ending up recording things, importing it and just learning how to cut things up and make music, and obviously I would cross-reference my own editing with people editing on YouTube, or the videos that I’d watch and I’d be like ‘well how did they make this? How did they make that? How did they make this explosion like this?’ And did little bits of research here and there and I slowly built up my skills of how to edit.

“But it’s taken years to know the ins and outs of how to edit videos and now to make a video appealing and entertaining to watch.”

Basically, don’t wait for the opportunity to come to you, go out and make it happen.

“If you started from the ground, you’ve got to just upload it, get the feedback from it, from whomever that may be, whether that may be, you know, because a lot of people who start off don’t really have a fanbase at all, so that may be your friends, your family, show them the video, see what they say, and ask them for improvement. They could say ‘oh it’s a bit too long’, so you know next time to make it shorter, make it snappy, more jump cuts and stuff, so the main thing is the feedback,you need to learn off the feedback, I still learn every single day.

I read the comments on my videos, even though there can be hundreds, I still try to have a moment where I can sit down and look at comments, some are obviously trolls, some are people hating and saying some stuff that you don’t need to take forward, but then again there’s a lot of positive feedback that you can always look at and improve next time.”

Ignoring internet trolls is an important learning curve for anyone in any form of public eye, and it can take time for some, including Monstah.

“Of course, yeah. I mean, it took around, for me, for some people it’s different, because maybe you know, they have friends and YouTubers and they grow in a different way, but for me it definitely was hard…there was a lot of hate, there was a lot of people saying that I was trying to be someone else…it affected me and it did make me think ‘oh am I doing the right thing? Should I continue making videos?’ And obviously I just decided to forget about it and battle through it. And now, it’s a lot better now.”

As important as it is to listen to the feedback you get from friends, family and YouTube comments, it’s equally important to offer that feedback yourself to other users.

When you become a big star, remember that there’s also thousands of other young starters looking for advice just like you once were, and being able to offer your advice will be a great help to many.

“I still watch smaller YouTubers now,” Monstah adds, “I’m subscribed to quite a lot of upcoming Youtubers because I sometimes watch some of their videos and write in the comments or like their videos just to share it and if it’s a good video I’ll like it or comment because when I was starting up and grinding and trying to upload consistently even though the views wasn’t there and the interaction wasn’t there, things like that would help me and keep me going.

“I’ve seen a lot of smaller YouTubers end up quitting, you know, quitting something that is their passion because they’re not really getting the views or the feedback, and it can sometimes help a lot for someone that isn’t really a big YouTuber yet.”

“I just kept a very positive mentality about everything,” Monstah continues, “I just thought ‘do you know what? This is something that I’ve always wanted to do’ and obviously there’s always going to be mountains to climb and parts where I’m just like oh this video has gone down bad, these people don’t like the videos that I make, and I just decided to forget about them and keep uploading and keep doing what I wanted to do and I guess maybe just meeting people that make videos like me and communicating with them and making my own little community just helped.”

5. Enjoy what you do

Remember, you’re spending your day making YouTube videos, there aren’t many better jobs. You’re not working in a coal mine, you’re not working on an oil rig in the middle of the sea, you’re sat in front of your computer playing games that you want to play. It’s important that you keep perspective and enjoy everything you do, because your viewers will feed off that energy, and more importantly, will know if you fake it, according to Monstah.

“And people will see if you’re enjoying it and people will take you on and enjoy it with you if you can show them that you’re enjoying it, and sometimes you don’t realise that when you’re not enjoying making videos, people can always tell, the type of things you upload, the type of things you say, the way you play, the way you do the video people can tell you’re not enjoying it. So I would say definitely the main thing is to enjoy yourself and be happy and not worry about views yet, just keep uploading, keep consistent and obviously meet people that do what you do, collaborate with them, make videos with them and just stick to it and never quit because it’s YouTube. If you’re not getting the views today, there’ll be a day when you will.”

Do you want to become a Youtuber? Let us know in the comments below.