What is Wikitribune? According to the folks behind Wikipedia, news is “broken”, and Wikitribune is how they’re going to fix it.

The idea is very similar to Wikipedia, in that you’ll have a community of volunteers who help maintain the quality of content. But the core content will be created by professional journalists who have been trained in proper editorial practices.

“Wikitribune is a news platform that brings journalists and a community of volunteers together,” explains Wikitribune.

“We want to make sure that you read fact-based articles that have a real impact in both local and global events. And that stories can be easily verified and improved,” the website explains. “Wikitribune takes professional, standards-based journalism and incorporates the radical idea from the world of Wiki that a community of volunteers can and will reliably protect and improve articles.”

Why does it exist?

If you’ve been sentient for the past year or so, you’ll almost certainly have heard the phrase “fake news”, or perhaps “alternative facts”. There’s no shortage of complaints that online media is saturated with lies and mistruths.

Well, it turns out that Wales isn’t too impressed with this apparent fake news epidemic. The British entrepreneur was inspired by US politics, according to quotes from the Guardian:

“Someone I know convinced me to give Trump 100 days before making my mind up, but then on day one Kellyanne Conway came out and said her ‘alternative facts’ line. That was when I really decided to move forward.”

He hopes to find a way of delivering news between the two models “of he said, she said faux neutrality, or having a Paul Dacre (Daily Mail editor) agenda and ramming things down our throats”. 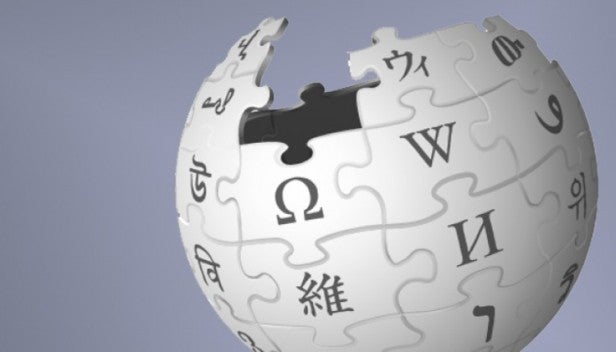 What makes it different from normal news?

So what makes Wales’ newsy brainchild any different from a regular newspaper or digital publisher? Let’s start with Wikitribune’s mission statement:

“The news is broken and we can fix it. We’re bringing genuine community control to our news with unrestricted access for all. We’re developing a living, breathing tool that’ll present accurate information with real evidence, so that you can confidently make up your own mind.”

To make that a reality, Wikitribune has four pledges that it’s going to try to stick to.

Wikitribune plans to ensure that, just like Wikipedia, sources are readily available. If you go to any Wikipedia page, you should find content backed up by a raft of (hopefully) credible sources, but that’s often not the case with normal news. But Wikitribune is doing things differently:

“Facts can be presented with bias, taken out of context and most recently a lot of facts are just plain…made-up. Supporting Wikitribune means ensuring that journalists only write articles based on facts that they can verify. Oh, and that you can see their sources. That way you can make up your own mind.”

However, it’s not exactly clear how transparent sourcing will be. For investigative journalism, the anonymity of sources is very important – a scandal like Watergate may never have been discovered had the case been otherwise. If Wikitribune hopes to output quality journalism, it may struggle to do so without keeping sources – like whistleblowers – anonymous from time to time.

Community and journalists are equals

Normally when journalists produce news, there’s no input from the reader. That’s not always the case; sometimes a story may be based on a tip, or on comments from readers. But with Wikitribune, the community will be heavily tied into the editorial process:

“In most news sites, the community tends to hang at the bottom of articles in comments that serve little purpose. We believe the community can play a more important role in news. Wikitribune puts community at the top, literally.”

It continues: “Articles are authored, fact-checked, and verified by professional journalists and community members working side by side as equals, and supported not primarily by advertisers, but by readers who care about good journalism enough to become monthly supporters.”

Wikitribune is also going to borrow Wikipedia’s business model of accepting donations to fund quality content. In journalism, there’s always been a battle between editorial independence and the need for revenue. Is it possible to produce unbiased content when you depend on big corporate advertisers, for instance?

“WikiTribune is 100% ad-free, no one’s relying on clicks to appease advertisers; no one’s got a vested interest in anything other than giving you real news. There’s no paywall, so anyone can read Wikitribune. Anyone can flag or fix an article and submit it for review.”

But Wales wants Wikitribune to go one step further, and have a completely transparent financial system. Big media organisations are often reluctant to provide specific financial details. Revealing journalist salaries could, for instance, make it easier for other firms to poach staff.

“Wikitribune is transparent about the way it operates and will publish its financials regularly. With Wikitribune your support will have more impact as most of the funds are used for paying journalists rather than expensive offices.”

“On that note, if we don’t reach our goal, of 10 journalists hired, we will refund all our supporters (minus transaction fees),” Wikitribune adds.

Wikitribune launches on April 25, 2017, although there won’t be any news immediately. Instead, you’ll have to wait for some funding to roll in before the foundation can hire journalists and start churning out content.

What do you think of Wikitribune? Let us know in the comments.