We explain everything you need to know about VO2 Max scores, what they mean, and why they’re important – regardless of whether you’re a Fitbit, Polar, Garmin or Jabra user.

If you’ve spent any time with a fitness tracker or running watch, you’ll likely have come across something called a ‘VO2 Max’ score. Although, if you’re the wearer of one of Fitbit’s many popular fitness trackers – such as the Fitbit Charge 2 or Fitbit Blaze – then you might have seen it referred to as a ‘Cardio Fitness’ score. Polar, on the other hand, calls it a Polar Fitness Test.

Fundamentally, all of these are based around your VO2 Max. But what exactly is a VO2 Max test? And how can you apply the score to your training so you can make tangible improvements to your health and fitness? Keep reading for all that and more.

What does a VO2 Max score mean? 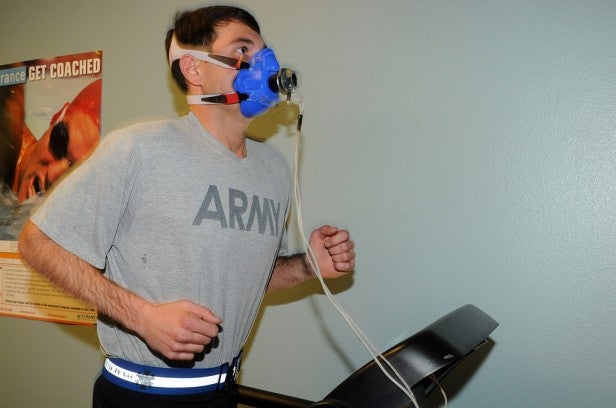 In essence, your VO2 Max is a measure of your body’s maximal oxygen uptake ability. It looks at how much oxygen your body can take in when you’re pushing yourself during aerobic exercise. Your score is measured in millilitres of oxygen per kilogram of body mass per minute – which in itself requires a sizeable lung capacity just to say.

The idea is that your VO2 Max score is a good indicator of a subject’s cardiovascular endurance and aerobic performance. As with many other metrics, it can be a useful measurement to track progress over time. As you train and become fitter, your VO2 Max score should improve as your body becomes more efficient.

How is a true VO2 Max tested?

Traditionally, testing your VO2 Max required expensive equipment – the sort available in high-tech sports science facilities. This would entail putting a test subject on a treadmill, cranking equipment up to the max, and then measuring the subject’s oxygen levels of inhaled and exhaled air.

Imagine the Rocky IV training montage where Ivan Drago is busting a gut on the treadmill, but rather than having sensors stuck to his body, he’s also forced to wear an oxygen mask to exacerbate his sheer agony.

Needless to say, the whole process is far from a pleasant experience. Once the figures are obtained, all those numbers are plugged into a specific formula, which generates a VO2 Max score.

How do fitness trackers estimate a VO2 Max?

Thankfully, for those of us who don’t have access to a sports science lab, there are easier ways by which you can get your VO2 Max score thanks to a range of fitness trackers and wearables on the market.

There is a caveat, though. As you might imagine, the results aren’t going to be anywhere near as accurate as those you’d get from a full on VO2 Max test conducted under laboratory conditions. This is simply because far more guess work is at play in order to generate a score.

For starters, you don’t have an oxygen mask attached to your face, which is going to be less intrusive but also far less accurate. Many wrist-worn fitness trackers will instead use a combination of data sources to calculate your VO2 Max, normally in conjunction with your heart rate. Fitbit, for example, calculates your Cardio Fitness score using heart rate, age, weight and gender to make an estimation. 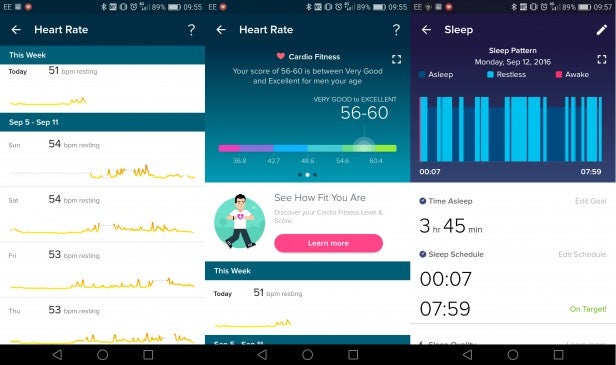 Many manufacturers have licensed a patented method of estimating your VO2 Max called the Firstbeat method. This uses the relationship between oxygen consumption and running speed in combination with your heart rate. The idea is that your oxygen requirement increases with running speed in a linear way.

It’s believed that this method can achieve 95% accuracy compared to lab tests, but you’ll need to pay attention to your running route. Running uphill, for example, can throw off the numbers as your physical exertion is high but your pace is low. Most device manufacturers recommend conducting their tests on even terrain for this reason. 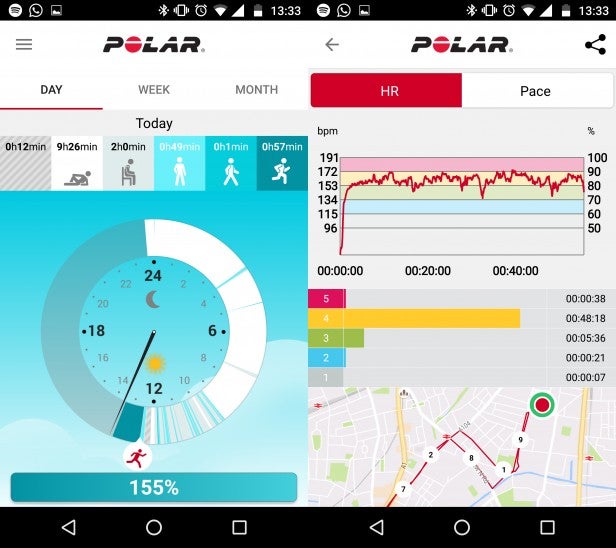 Beyond the added convenience versus a gruelling VO2 Max test under lab conditions, the other benefit is merely having another metric readily available with which you can measure your ongoing progress – few of us have the time to check our true VO2 Max regularly.

While the numbers might be a little off, from experience I’ve found that VO2 Max tests from wrist-worn devices – such as the Polar M600 – and in-ear heart rate monitoring headphones like the Jabra Elite Sport have been consistent over time.

So provided you use the numbers generated as a measure across your fitness journey, it’s still a great way to keep tabs on improvements or adjust your training if you find yourself slipping.

What benefits do you get from having a high VO2 Max?

Since a high VO2 Max is shown to correlate with cardio-respiratory fitness, any aerobic (‘with oxygen’) activity such as running, swimming or cycling will see an added benefit. Your performance in sports such as football, basketball or tennis will also improve with proper training.

With increased lung and heart performance, your body is able to better deliver oxygen to your muscles, which aids in increasing endurance and required effort. If you’re a runner, increasing your VO2 Max should result in an increase in pace against the effort you put in.

This means that as your VO2 Max increases, your body won’t have to work quite so hard to run an 8-minute mile compared to when you started out, enabling you to increase your pace without busting a lung.

VO2 Max has its limitations, though. Having the highest VO2 Max score among your friends or running club members won’t guarantee you’ll be the quickest – or be able to run the furthest. As with all things pertaining to athletic performance, there are other variables at play, such as the speed at which a person reaches their VO2 Max threshold, which is often referred to as ‘vVO2 Max’.

A high VO2 Max doesn’t necessarily translate to increased anaerobic performance (‘without oxygen’) in the same way, which relates more to strength, speed and power. As a result, a weightlifter might not be too concerned with their VO2 Max score – although for overall health reasons, perhaps they should.

Even then, keeping tabs on your VO2 Max can be a useful metric given these limitations. If anything, it’s a more concrete measure of your effort level and exertion during a workout and removes some of the subjectivity of the post-run self survey used by many running apps to rate how you actually felt.

A gradually increasing VO2 Max is a motivator, while if you notice it tailing off this could mean it’s time to reassess your training approach or simply give yourself a kick up the back side. As a tool that’s now readily available on running watches and fitness trackers, it’s certainly something worth keeping an eye on.

How can I improve my VO2 Max?

Not surprisingly, regular training will be the best route to improving your VO2 Max. As your general level of fitness increases, so too will your VO2 Max. Improvements to VO2 Max will be non-linear, as with many aspects relating to performance, though.

This means beginners and novices will see far more rapid improvements as they introduce cardiovascular training, whereas a more advanced or elite runner will find improvements become much slower. 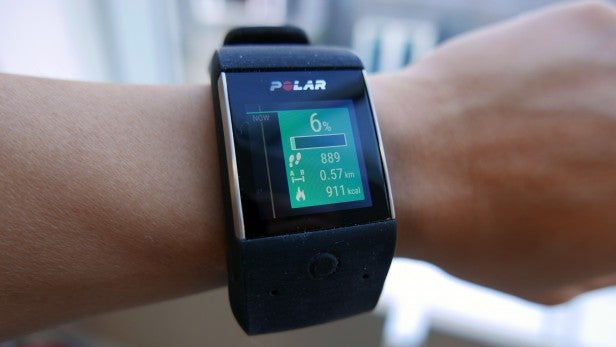 A quick, but not exhaustive, list of devices that can be used for a VO2 Max test include:

What do you think of VO2 Max measurements? Have you used them? Let us know in the comments.